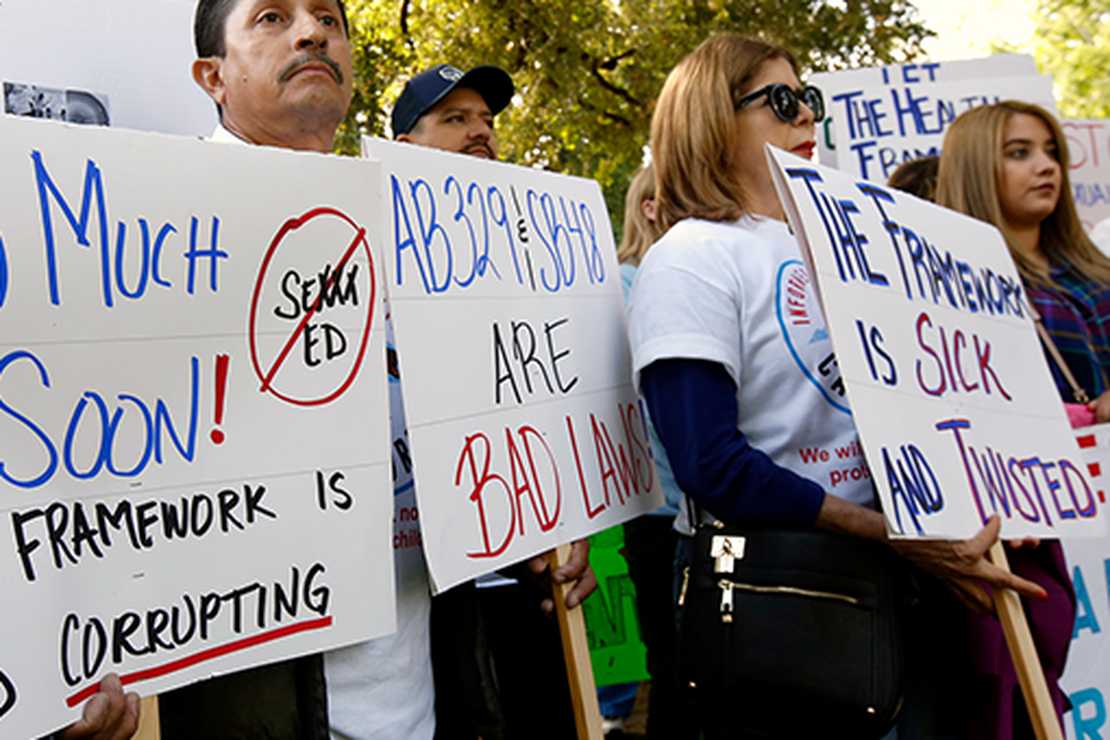 Stewart would probably be shocked at what’s being shown in theaters and on the internet today. In 1964, adult theaters were in seedy sections of town and few residents were aware of them.

It’s generally accepted — although not approved of by some — that adults should be able to watch pornography in the privacy of their own homes. If that were the extent of porn’s reach, few would really complain. In that sense, it’s a question of personal liberty, if not personal morality.

But pornography is ubiquitous. Kids can’t get away from it, and parents struggle to figure out what to do. They try blocking the internet, TV stations, or individual programs and websites. And kids, being intensely curious, still find a way around the restrictions.

Related: WARNING: These Pics From a Book in a Georgia School District Will Shock and Disgust You

In Virginia, the debate over pornographic books made it to court and a judge has agreed with the parents: some books are just too obscene for teens and young adults.

The graphic novel “Gender Queer: A Memoir” by Maia Kobabe is set to be removed from Virginia Beach public school libraries after a work group determined many illustrations in it are “pervasively vulgar.” The decision overruled a previous staff recommendation to keep the book on the shelves.

Virginia Beach Public School Board members Trenace Riggs, Carolyn Weems and Jessica Owens were appointed by School Board Chairwoman Carolyn Rye to review the book after it was challenged. According to the group’s report, they found that “Gender Queer” contained illustrations of “genitalia, bodily functions and sexual acts” and recommended it be pulled from library shelves.

The American Library Association lists it at the top of its Top 10 Most Challenged Books of 2021 list.

And well it should be.

The Virginia Beach School Board voted prior to the decision to remove Gender Queer from libraries, after a district working group deemed it “pervasively vulgar.” Written by “nonbinary” author Maia Kobabe, Gender Queer is a graphic novel focused on the author’s sexual experiences.

Great care must be taken in removing books from schools or public libraries. This particular book was a no-brainer. While depictions of sexual acts are not in and of themselves objectionable, there is always a question of age-appropriate content. And Gender Queer didn’t come close to passing the test.

There have always been children who wrestle with feelings of attraction for members of the same sex. No matter what you believe about gays or gay sex, the feelings are real. Kids who are confused might be helped by some young adult fiction that handles those issues with respect and compassion.

Even young children are extremely curious about sex and the act of love. Only parents can determine when they believe their child is old enough to be exposed to sexual concepts, but some fiction for pre-teens deals with sex in a sensitive and intelligent way.

Banning some books because they deal with subjects that many parents are reluctant to talk about is unwise, if not understandable. There is no rule of thumb, but what is needed is a healthy respect for what children are going through as they make their way to adulthood.