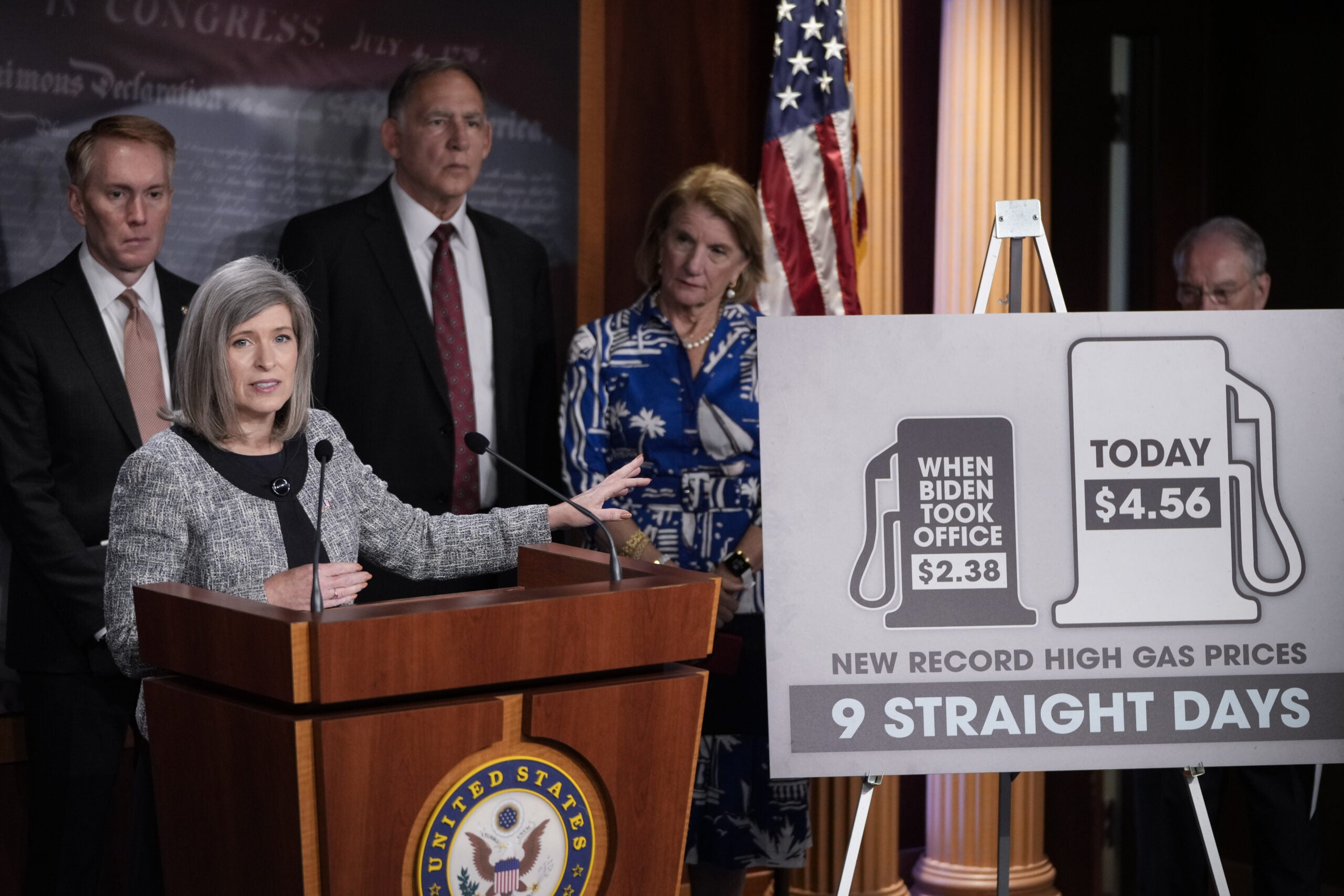 Twenty senators sent a letter this week to Commerce Secretary Gina Raimondo seeking her support for the Biden administration’s immediate issuing of permits required to use offshore federal oil and gas leases.

“While the Biden administration and members of Congress fault the domestic oil and gas industry for sitting idle on over 9,000 drilling permits and millions of acres in ‘inactive leases,’ [the National Marine Fisheries Service’s] permitting delays represent one example of the Administration’s de facto ban on new drilling—impeding domestic oil and gas investment, exploration, and production,” the senators wrote.

The letter, dated Tuesday, faulted the fisheries service for acknowledging its mistakes, but refusing to find a solution and subsequently pushing the cost onto the consumer.

Katie Tubb, senior policy analyst for the Center for Energy, Climate, and Environment at The Heritage Foundation, said: “Executive agencies can complete permitting processes quickly when they want to. For whatever President Biden says from the bully pulpit, he and his administration continue to show with their actions that they are not willing to make the policy changes necessary to put downward pressure on energy prices.” (The Daily Signal is the news outlet of The Heritage Foundation.)

The fisheries service has a backlog of applications for authorization needed to develop leases on the Gulf of Mexico Outer Continental Shelf. The senators wrote that those applications should take two to four weeks for approval, but many have been pending for 100-plus days.

Additionally, a 2021 National Marine Fisheries Service final rule that administers and regulates lease authorizations is based on faulty projections of expected protected species in the Gulf of Mexico, further delaying the application, approval, and production process.

“It is unacceptable that agency miscalculations have restricted access to safe, secure, and reliable domestic oil and gas production through substantial, unnecessary, and arbitrary permitting delays,” the senators wrote.

The letter presented Raimondo with several short-term solutions to manage the permit backlog and expedite federal offshore oil and gas production, such as immediately approving lease applications that are “most likely to bring production online immediately” and approving all applications consistent with permit regulations instituted before the faulty 2021 final rule based on miscalculations.

“The senators’ letter highlights yet another of the thousands of bureaucratic cuts aimed at killing the oil and gas industries in the United States. Such actions by the Biden administration are counterproductive and diminish confidence in the rule of law,” Tubb said. “Weighing down American industry with bureaucracy will only keep energy prices high and cede ground to global competitors.”

The senators asked Raimondo to respond “not with words, but instead with action pursuant to the requested remedies outlined above and with an eye towards allowing energy producers to expeditiously develop their leases.”

The Daily Signal sought comment from the offices of three of the 20 senators to ask whether they had heard back from Raimondo, but did not receive a response.