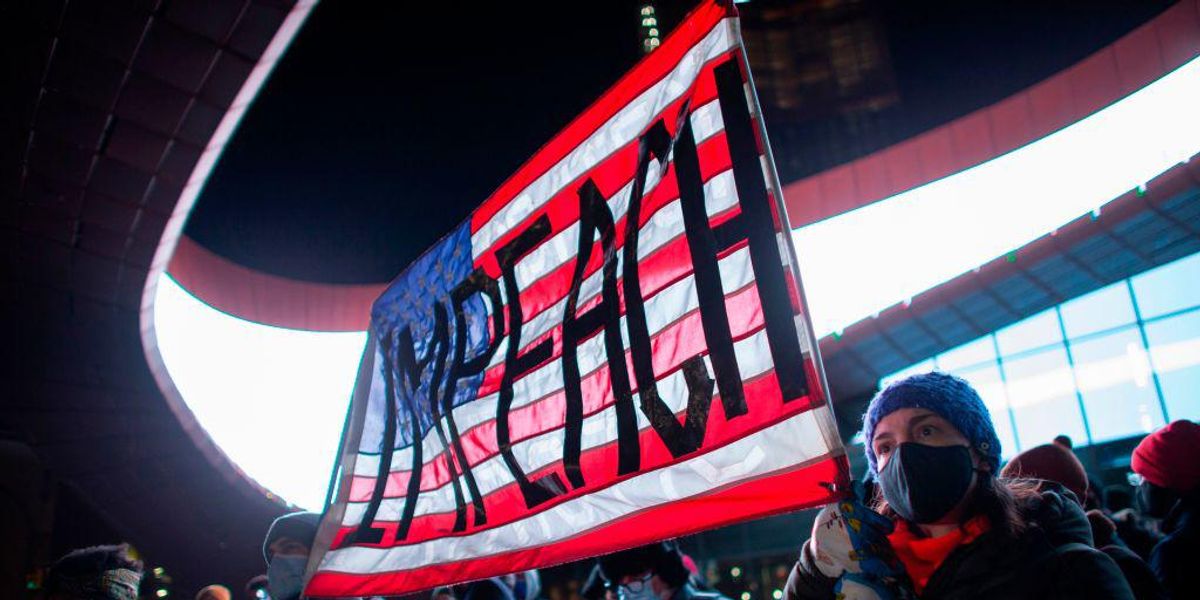 Nearly 70% of registered Republican voters want Congress to impeach President Joe Biden if the GOP retakes the majority in the House of Representatives after the 2022 midterm elections according to a recent UMass poll.

The pollster said, “The decision to impeach a president was once viewed as a last resort to reign in a president who pushed or broke through the boundaries of our laws, values and ethics. Today, impeachment is no longer a final option, but one of many weapons to be used in an era of rampant partisan polarization to gain an upper hand on one’s partisan opponents. With a number of Republican members of Congress calling to impeach President Biden, the chorus will likely grow louder if and when the Republican Party takes control of the U.S. House in 2022.”

The team behind the poll suggested that the upcoming midterm elections will be especially tight as both Republican and Democratic voters are expected to come out and vote in high numbers.

Jess Rhodes, a professor of political science at UMass Amherest and the associate director of the poll said, “Super-majorities of Democrats and Republicans both say they are energized going into the 2022 midterm election season,” pollster Jesse Rhodes said. “With partisans of all stripes excited about the election, we could be in for very closely fought campaigns this fall. A lot will hinge on whether and to what extent Democratic and Republican candidates are successful in turning out their voters during the campaign.”

Independents, however, appears unexcited with only 47 out of 100 saying they were excited for the midterms.

Nteta suggested that the days of Americans being largely indifferent to the midterm elections could be over.

The pollster said, “In the 2018 midterm, turnout was at its highest level since 1914 with close to 120 million Americans going to the polls. Our results suggest that the days of low voter turnout in midterm elections may be over with Americans on both sides of the partisan divide expressing excitement to vote in 2022 and expressing their belief that the results of the 2022 midterm will be important for the nation’s future.”