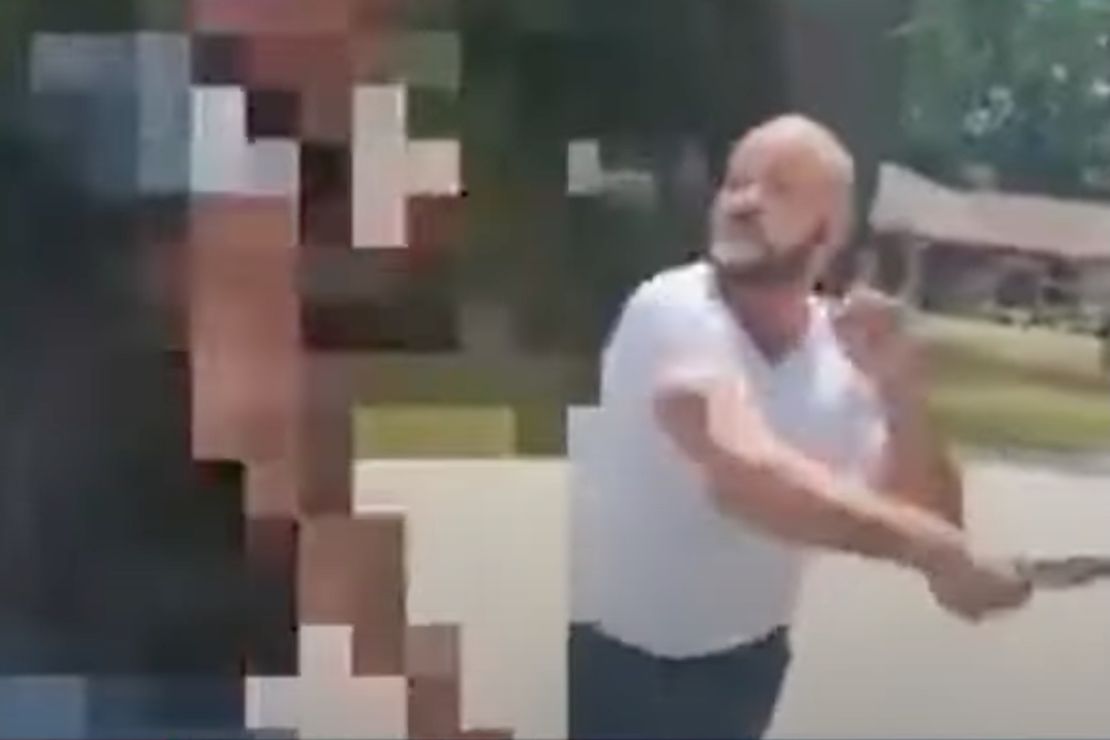 Before we get into today Florida Man Friday fun, just a quick reminder that the names of suspects have been changed to Florida Man or Florida Woman.

Everyone knows the Chicago Way: They pull a knife, you pull a gun.

Then there’s the Florida Way: You pull a knife, and he pulls a gun while his wife helpfully videos the whole thing for the police to use as evidence against you.

Intense cellphone video shows the moments deputies say a Florida man attacked another driver with a knife during an apparent road rage incident and the victim turned the tables by pulling out a gun.

Florida Man, 50, was arrested and booked into jail under suspicion of aggravated assault with a deadly weapon, according to the Flagler County Sheriff’s Office.

Best part? After slashing at the guy he’d cut off in traffic, it was Florida Man himself who called 911.

“Because you swiped your knife — and I have it on camera,” the victim’s wife can be heard saying.

Both men were taken into custody, but the guy with the gun was released after police watched the video.

Quote of the Week: Florida Man’s lady friend egging him on, saying, “You got a knife! He dudn’t have nuthin’!”

#ProTip: Don’t pull a knife on a biker. Seriously.

SCORE: 1 point each for vehicular madness, weapon, stupid crime, getting caught stupidly, chutzpah (on the part of the woman who said, “He dudn’t have nuthin’!”)
TOTAL: 5 FMF Points.

Why’d It Have to Be Snakes?

The chase began when the suspect intentionally hit one of the Martin County Sheriff’s Office vehicles as she tried to evade a traffic stop.

Florida Woman fled deputies, reaching speeds of up to 100 mph, hitting another patrol car and a civilian truck, injuring the three people inside, before ending up on Warfield Boulevard.

“While driving, she motioned to the deputies that she had a gun, and drove erratically trying to cause them to crash,” the sheriff’s office said in the post.

When deputies moved in to make the arrest, that’s when Florida Woman threw the fake snake.

Who keeps a fake snake in their car?

Did Florida Woman keep a fake snake in the car just in case of an eventuality like this one?

Actually, there’s a third question: What was throwing the fake snake supposed to accomplish? You get one, maybe two seconds before the cops realize, “Hey, it’s just a fake snake. Book’er, Danno.”

I Hate It When That Happens

Crime of the century:

Florida Man was arrested Tuesday for using a sledgehammer to steal over $800 from a laundromat.

The Charlotte County Sheriff’s Office said around 10:45 on May 8 Florida Man, 32, and Florida Woman, 34, went into a laundromat. Pictures show Florida Man was wearing an ape mask and holding a sledgehammer.

Florida Man used the sledgehammer to smash a coin change machine, taking about $800 from it, deputies said.

Deputies found Florida Woman on May 11 after she dyed her hair blue. Deputies said she confessed to the crime.

Florida Woman was identified as the other suspect after he was found to be the registered owner of the getaway vehicle.

You need to do some crimes, something that generates more positive cash flow than getting sushi and not paying.

You figure a laundromat is a relatively soft target. You also figure there are security cameras, so you’ll need a disguise. You just so happen to have that old gorilla mask lying around, so that’ll do.

But wait. You don’t have a mask for your accomplice, even though you told her months ago not to throw out that second old gorilla mask because “You just never know.”

Her disguise? She dyed her hair blue after the crime.

If you thought that was some genius-level stupid, Florida Woman didn’t think to put a stolen plate on her getaway car.

“She must be a lesbian, not a laundromat thief getaway car driver,” maybe the police would presume.

Previously on Florida Man Friday: The Most Heartwarming Traffic Cam Video in History

Dancing with the Stars, Florida Style

Florida Woman twerks out of McDonald’s after allegedly assaulting employee

Long video short: Florida Woman goes to McDonald’s to pick up a special order, which they got wrong. Florida Woman then (allegedly!) goes on a minor rampage, (allegedly!) assaults an employee, and then (on videotape for all to see!) does a little twerk on her way out the door — after she, herself, called 911.

I try to keep the mood light here on FMF, which is why you won’t see the worst crimes here. We get enough of those out of the other 49 states. We have FMF because Florida has the best-in-the-nation Sunshine Law, so we get the silliest stories to choose from, ones that mostly go unreported in the rest of the nation.

So it’s with some trepidation that I bring you this next story:

A Florida deputy faces a misdemeanor charge for allegedly igniting a fireball at a gas station that left a suspect with serious burns, WESH reports.

Florida Man was thought to be part of a group of dirt bike riders seen pointing guns at people while driving recklessly through traffic in Osceola County on Feb. 27, according to the county’s Sheriff Marcos Lopez.

A video from a sheriff’s office helicopter shows a man believed to be Florida Man popping wheelies, running red lights and driving the wrong way down a road before stopping at a Wawa gas station.

When deputies approached him, a struggle ensued.

Florida Man’s lawyers said Deputy David Crawford tackled their client from behind as he pumped gas, knocking over his bike and spilling fuel.

Lopez said Crawford picked up a Taser that was discarded by another officer and deployed it near the flammable gasoline. Then an explosion occurred, Lopez said. Florida Man and the deputy were engulfed in flames.

No one suffered anything worse than some burns and other non-life-threatening injuries.

I have no patience for hooligans and it’s clear the deputies didn’t mean to set anyone on fire.

Exit Question: Now that for the first time in my life I’ve just un-ironically used the word “hooligans,” does that make me old?

Here in the Southwest, pretty much everything is trying to kill you.

We all get to laugh at the stuff trying to kill us.

Saturday night’s all right for fighting:

Florida Woman was arrested after police say she tore through a Largo Walmart on an electric shopping cart, damaging merchandise, slapping an employee and using profanity when staff asked her to leave.

According to an arrest report, Florida Woman, 29, entered the Walmart on an electric shopping cart around 6:30 p.m. on Saturday.

Once inside the store, police say she began driving the cart into the displays, knocking merchandise off the shelves. When asked to leave the store, she is accused of cursing at staff members.

All I want to know is this: What self-respecting 29-year-old rides an electric cart?

Six scored stories worth 22 points for an average of 3.67.