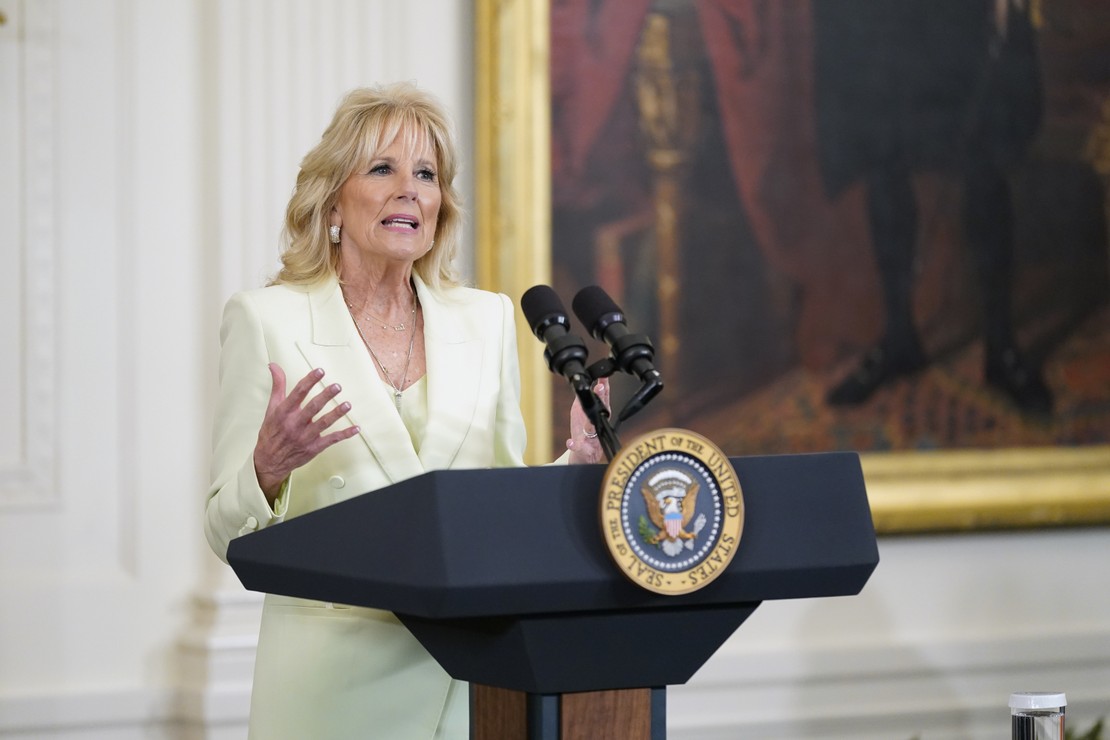 Is it time to ask who’s really in charge of the country again? It’s been widely speculated for over a year now that it’s not Joe Biden, and in some ways, that’s probably a good thing, considering how often it seems he doesn’t have a clue what’s going on. His mental fitness has come into question numerous times over the years and was even an issue frequently brought up by Republicans but ignored by the mainstream media during the 2020 campaign.

But why am I asking this question (again) now? It seems that Joe Biden has once again sent his wife, First Lady Jill Biden, to Latin America. She will be going on a six-day tour through the capital cities of Central and northwestern South America in a bid to save the forthcoming Summit of the Americas next month.

The United States is hosting the ninth Summit of the Americas June 6-10 in Los Angeles to focus on “Building a Sustainable, Resilient, and Equitable Future” for our hemisphere. According to the State Department, it is Biden’s “highest priority event for the region.”

“So far, only about half of the invitees have accepted their invitations,” explains Karen Townsend of Hot Air. “Participation of only 50% would be the latest embarrassment for Team Biden.”

Why isn’t Joe Biden handling this personally? He recently bragged, “As president of the United States, I travel the world all the time, and other nations ask me — heads of state and other countries ask me, ‘What’s going on? What in God’s name happened on January 6th? What happened in Buffalo? What happ-…’  They ask.”

It was a lie, of course. As PJM’s Robert Spencer pointed out, in the three days between the shooting and when he made the remark he had not traveled abroad, but for someone who had just bragged about being part of the exclusive club of world leaders, it seems odd that he’s now sending his wife to do what should be easy work for him, right?

Jill Biden has received a significant amount of attention from conservative media for correcting, guiding, and shielding her husband—being his handler—a job she shouldn’t have to do and frankly isn’t even supposed to be doing now. Last September, she was supposed to start a job teaching in person at Northern Virginia Community College, where she’d worked since 2009.

It seems that in the end, the delicacy of her husband’s mental … umm … issues … required her to return to her duties as his pseudo nurse. Let’s not forget that last year Jill Biden raised eyebrows when she posted a photo of herself working behind a desk on Air Force One with the caption “Prepping for the G7.”

Not long after, we learned that Joe Biden wouldn’t be attending the opening ceremony of the Tokyo Olympics and that the White House would send First Lady Jill Biden in his stead.

Why was she “prepping for the G7,” why was she holding meetings with the Japanese Prime Minister, and why is she on yet another diplomatic mission to save the Summit of the Americas? The title of First Lady is ceremonial and holds zero political power. Even sending Kamala Harris would have made slightly more sense … save for the fact that Jill Biden is probably less likely to embarrass the nation than Kamala.

Democrats Call for Expanding Supreme Court After String of Losses
Roe Falls: The End of the Beginning
DemocratsWaste No Time Begging for Money Off Dobbs Decision
LOL! Paul Krugman Admits (Again) That He Was Wrong on Inflation
TERROR: Nets Didn’t Care About Abortion Violence Back Then Either