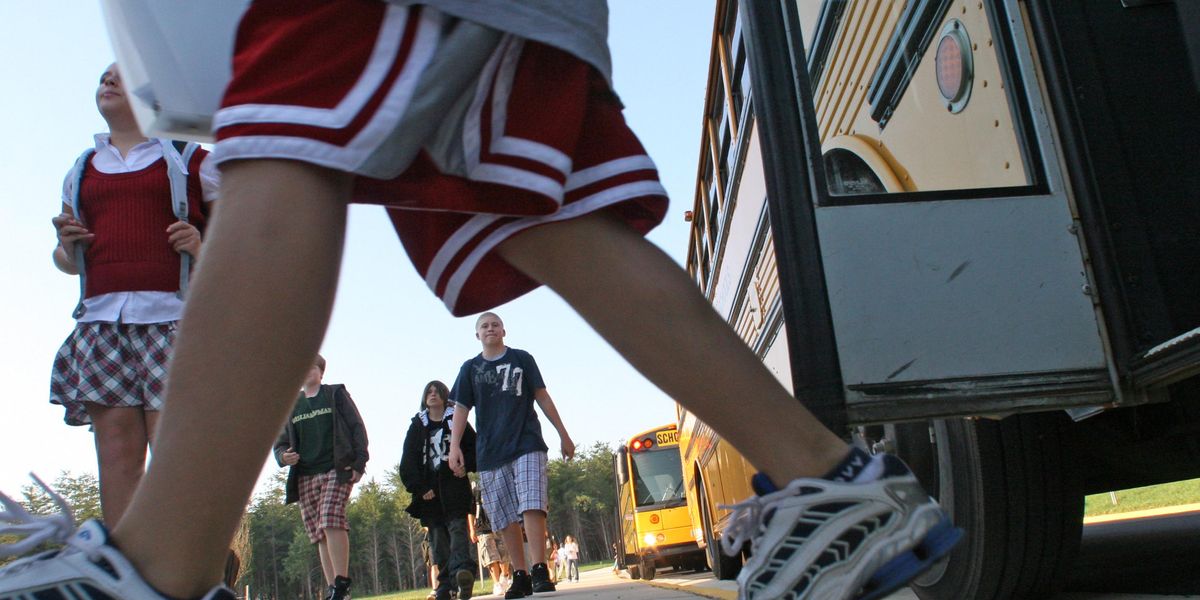 When we hear stories involving sexual harassment allegations, our minds often jump to the most heinous acts — rape, inappropriate touching, or incest. But for three middle school students in Keil, Wisconsin, a new understanding of sexual harassment is taking shape.

A Wisconsin school district has filed a Title IX complaint against three Kiel Middle School students, accusing them of sexual harassment for using incorrect pronouns when addressing another student.

BlazeTV host Allie Stuckey of “Relatable” spoke to Rose Rabidoux, the mother of13-year-old Braden accused of sexual harassment for standing up for his friend during music class. Rose explained how a student at her son’s school came out as non-binary and wanted to be called they/them instead of she/her.

According to Rose, Braden struggled because they/them are plural pronouns and he wasn’t sure how to use them, so Rose suggested that Braden use the girl’s name instead of improper pronouns. Soon after, the nightmare began during music class when the girl allegedly grew hostile for being misgendered by one of Braden’s friends.

“She had been screaming at one of Braden’s friends to use proper pronouns, calling him profanity, and this friend is very soft-spoken, and kind of just sunk down into his chair,” Rabidoux said. “Braden finally came up, defending him, saying, ‘He doesn’t have to use proper pronouns, it’s his constitutional right not to use, you can’t make him say things.’”

“I received a phone call from the principal over at the elementary school, forewarning me, letting me know that I was going to be receiving an email with sexual harassment allegations against my son … I immediately went into shock. I’m thinking sexual harassment? That’s rape, that’s inappropriate touching, that’s incest,” Rabidoux said. “What has my son done?”

The Keil School District told Fox News: “The KASD prohibits all forms of bullying and harassment by all laws, including Title IX.”

Braden’s principal called him and his mother in for a meeting to discuss the matter. Once the questioning was over, Braden asked his principal what sexual harassment charges meant for his future, for scholarships. According to Rabidoux, the principal just shrugged his shoulder and said he didn’t know.

Rabidoux’s attorney said there is no basis for misgendering under Title IX, and courts have even ruled that teasing and gender-based insults don’t count.

To enjoy more of Allie’s upbeat and in-depth coverage of culture and politics from a Christian, millennial perspective, subscribe to BlazeTV — the largest multi-platform network of voices who love America, defend the Constitution and live the American dream.