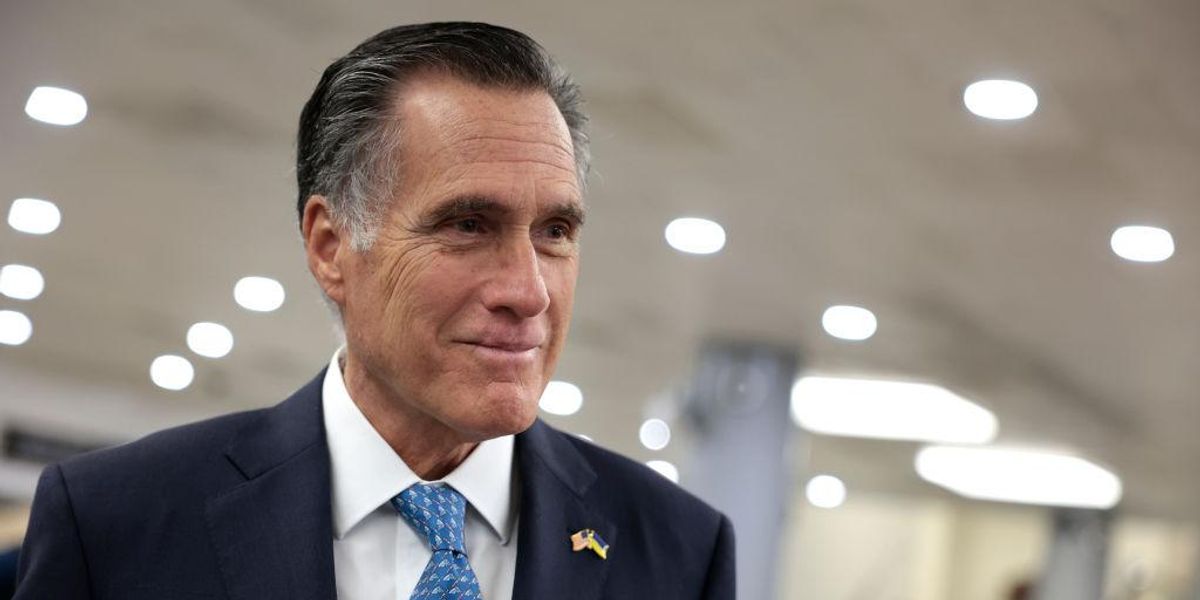 Sens. Mitt Romney of Utah, Richard Burr of North Carolina, Tim Scott of South Carolina, Bill Cassidy of Louisiana, and Thom Tillis of North Carolina are pushing the proposal as it appears likely that the Biden administration may move to carry out some sort of student debt cancelation.

Biden said last month that he is “considering dealing with some debt reduction,” though he said that $50,000 of debt reduction was not on the table — some Democrats have advocated for Biden to cancel up to $50,000 of federal student loan debt per person.

Pres. Biden on student loan forgiveness: “I am not considering $50,000 debt reduction but I am in the process of taking a hard look” at some student debt forgiveness. nnHe adds he’ll have an answer “in the next coming weeks.”pic.twitter.com/R78gMrWy8Q

According to a press release, Romney said that “while the President’s legal authority in forgiving this debt is dubious at best, our bill would ensure that he would be prevented from taking action.”

“Taxpayers who did not attend higher education or paid off their student loans responsibly should not be footing the bill for those who didn’t,” Burr said. “Not only is that patently unfair, it doesn’t solve the root problem. Canceling student loan debt unilaterally will only encourage colleges and universities to further increase tuition and encourage future borrowers to take out even riskier loans. Congress must pass the Student Loan Accountability Act to make it clear this legally dubious and undeniably damaging proposal from the Administration cannot stand.”

The measure likely stands no chance of passing because Democrats currently control both chambers of Congress and the White House.

“It would be very unfair to eliminate,” former Federal Reserve chair Ben Bernanke said, according to the New York Times. “Many of the people who have large amounts of student debt are professionals who are going to go on and make lots of money in their lifetime. So why would we be favoring them over somebody who didn’t go to college, for example?”

The press release about the proposal says that the measure would bar “the Department of Education, Department of Justice, and the Department of Treasury from taking any action to cancel or forgive the outstanding balances, or portions of balances, of covered loans,” with exceptions for certain loan forgiveness programs that are already in place.