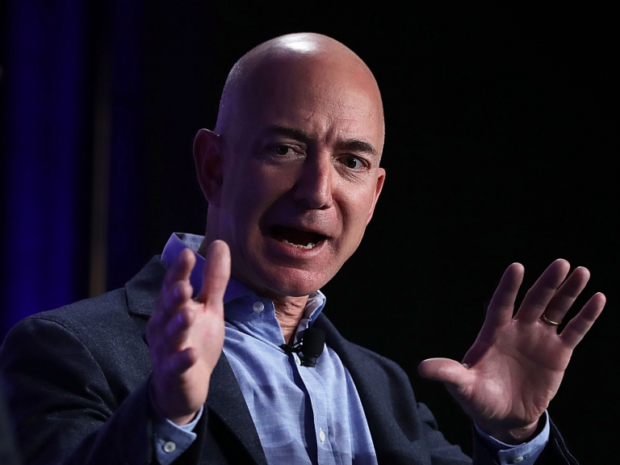 Recently, in the back-and-forth exchange between the Biden Administration and Amazon CEO Jeff Bezos, Biden said he wants to raise taxes on the wealthiest Americans to help reduce inflation. The reality is that over-taxing the wealthy will increase inflation.

Former Secretary of the Treasury Larry Summers, a progressive Democrat who has criticized Biden’s spending, agreed with Biden on this point and criticized Bezos.

“I think @JeffBezos is mostly wrong in his recent attack on the @JoeBiden Admin,” Summers recently tweeted. “It is perfectly reasonable to believe, as I do and @POTUS asserts, that we should raise taxes to reduce demand to contain inflation and that the increases should be as progressive as possible.”

The problem is that higher taxes on the wealthy will not reduce demand and will eventually reduce supply, making inflation worse. Higher taxes will only reduce demand if the tax increase results in a decrease in consumption. Raising taxes on the wealthy will not reduce consumption but rather will reduce savings, which has no impact on demand in the short term and makes inflation worse in the long term. Why?

There are three things that every household does with their income. First, they pay their taxes. This includes Personal Income tax, Social Security tax and Medicare tax. Also, some state and local taxes may have to be paid. The balance after paying taxes is disposable income which means households are free to dispose of that income in any manner, they see fit.

There are basically two choices for this disposable income. A household may spend the income to purchase the goods and services (consumption) or they can save the income to make investments (saving). Their saving create new capital for the economy, much of which is used by business to finance future growth and increase the total supply of goods and services produced.

Low income households end up spending all or nearly all of their disposable income to maintain their standard of living. Higher income earners spend lavishly to maintain their lifestyle, but still have enough income left over to add to their savings, which will eventually increase their wealth.

It is true that if income taxes are increased for lower income households, consumption will fall. That would reduce total demand and reduce inflation. But Biden wants to raise taxes on the wealthy because they are “not paying their fair share.”

Deputy White House press secretary Andrew Bates released a statement saying, “It doesn’t require a huge leap to figure out why one of the wealthiest individuals on Earth (Bezos) opposes an economic agenda for the middle class that cuts some of the biggest costs families face, fights inflation for the long haul, and adds to the historic deficit reduction the President is achieving by asking the richest taxpayers and corporations to pay their fair share.”

He too is disingenuous. The Biden Administrations’ policies that overstimulated the economy are a primary cause of the record high inflation. Even Larry Summers agrees with that. Since inflation hits the low income households and households on fixed incomes the hardest, Biden’s economic agenda hurts the middle class, not help them. It doesn’t reduce inflation and in fact, will worsen inflation.

Biden has never defined what “fair share” means. Currently, the top 10% of income earners pay more than 71% of all federal income taxes collected by the federal government. Is that the fair share? Biden wants them to pay more.

And making the income tax rates more progressive will reduce capital formation and lead to higher, not lower inflation.

It’s time to end the feuding and have all American income earners paying their fair share. There is a plan that does that.