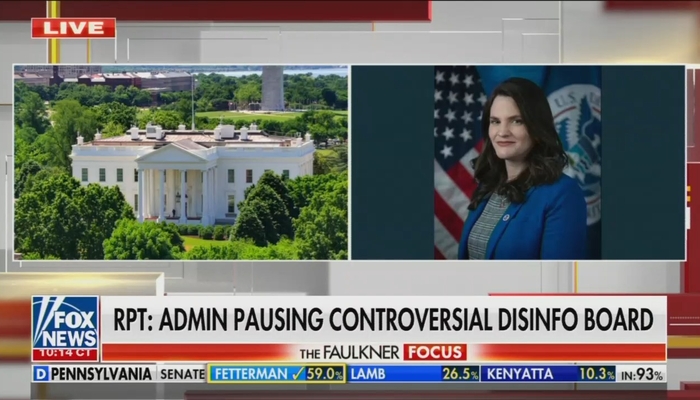 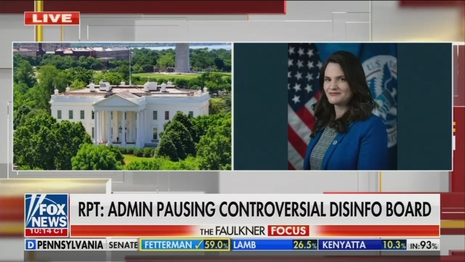 According to far-left creep and perpetual whiner Taylor Lorenz of The Washington Post, the Department of Homeland Security (DHS) decided this week it would put a pause on the dangerous, Orwellian Disinformation Governance Board (DGB) due to what they claimed were “unjustified and vile personal attacks and physical threats” to executive director Nina Jankowicz.

Lorenz wrote: “Now, just three weeks after its announcement, the Disinformation Governance Board is being ‘paused,’ according to multiple employees at DHS, capping a back-and-forth week of decisions that changed during the course of reporting of this story.”

She explained that DHS decided “[o]n Monday…to shut down the board” and, “[b]y Tuesday morning, Jankowicz had drafted a resignation letter,” but they decided hours later to keep their options open with Jankowicz being begged to stay:

But Tuesday night, Jankowicz was pulled into an urgent call with DHS officials who gave her the choice to stay on, even as the department’s work was put on hold because of the backlash it faced, according to multiple people with knowledge of the call. Working groups within DHS focused on mis-, dis- and mal-information have been suspended. The board could still be shut down pending a review from the Homeland Security Advisory Council; Jankowicz is evaluating her position within the department.

Lorenz revealed the news in a clownish piece entitled, “How the Biden administration let right-wing attacks derail its disinformation efforts” that lamented Jankowicz “was the victim of coordinated online attacks as the administration struggled to respond.”

She gushed over the woman who believed (among other things) that Hunter Biden’s laptop was Russian disinformation, endorsed European-style regulation of free speech, peddled bogus claims about Trump-Russia collusion, suggested select Twitter users should be allowed to “edit” other users’ tweets, and touted claims in the completely-discredited Steele dossier.

Of course, Jankowicz and the board have yet to be acknowledged on the broadcast networks on their flagship morning and evening newscasts. And nowhere in the piece did Lorenz concede that determining what’s misinformation is none of the government’s business.

Lorenz lamented that Jankowicz was battered “by the very forces she dedicated her career to combating” and “was on the receiving end of the harshest attacks, with her role mischaracterized as she became a primary target on the right-wing Internet.”

“She has been subject to an unrelenting barrage of harassment and abuse while unchecked misrepresentations of her work continue to go viral,” she added.

Stay tuned to NewsBusters for more on this developing story.