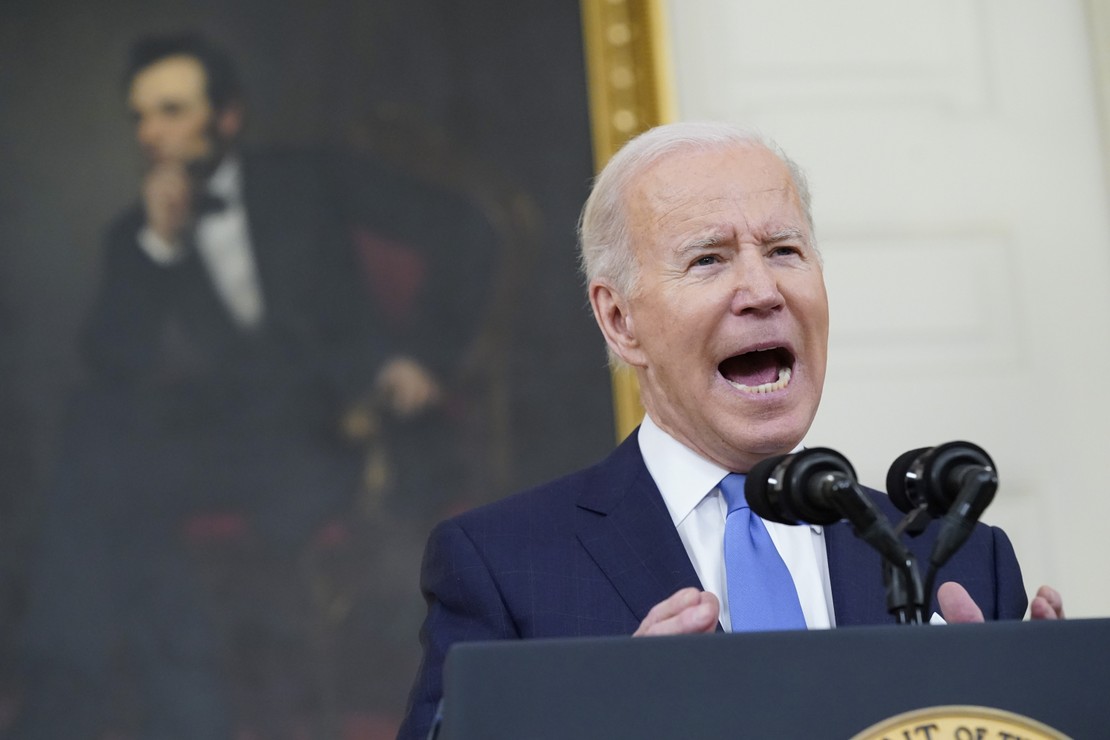 Karine Jean-Pierre has officially taken over for Circle-Back Girl as White House press secretary. As expected, the liberals gushed over the ground-breaking, glass-ceiling-shattering, history-making Black Lesbian Woman™ who will be the Biden administration’s chief propaganda pusher until she’s ready to make more money at a liberal news network.

“Karine Jean-Pierre held her first briefing as White House press secretary on Monday after making history as the first Black and out LGBTQ person to step into one of the most visible roles in the administration,” reported CNN in its opening paragraph. Clearly, the network knew the most important thing about her was which boxes she checked off in the various diversity categories.

Business Insider also got the memo. “Karine Jean-Pierre made her debut on Monday as White House press secretary, making history as the first Black and openly LGBTQ+ person to serve in the public-facing role,” read the first line of their report.

Of course, Jean-Pierre herself clearly knew how her high diversity score contributed to her ascension to replace that white ginger-haired woman whose name is no longer important, as she was quick to point out.

“I am a black, gay, immigrant woman. The first of all three of those to hold this position,” Jean-Pierre told reporters Monday. I suspect she will have shirts, posters, and coffee mugs made up so no one forgets.

But hey, at least she seems to know what a woman is. Maybe she’s a biologist?

“If it were not for generations of barrier-breaking people before me I would not be here. But I benefit from their sacrifices, I have learned from their excellence and I am forever grateful to them,” she continued. “Representation does matter – you hear us say this often in this administration, and no one understands this better than President Biden.”

Oh, she’s more right than she realized. In fact, she may have even said the quiet part out loud. Joe Biden is most definitely aware of the left’s obsession with identity politics, so Biden has long pledged to make race/gender/sexuality-based picks a mainstay of his administration. Of course, there’s really nothing noble about this; it’s is all self-serving. In 2020, Joe Biden was widely seen as the most electable Democrat, but there were just three problems: his age, his gender, and his race. As an old white guy, he was the epitome of everything the left hates. His first order of business was selecting a black woman as his running mate to compensate for his aged white maleness.

In what was clearly a signal that a lot of poor decisions were to come, he landed on Kamala Harris, whose own presidential campaign was such a disaster that she dropped out before the Iowa caucus. She literally brought nothing substantive to the ticket, only demographic appeal. And, well, you’ve seen the results. Her tenure has been so disastrous that she is the least popular vice president in history.

But hey, at least that’s historic.

Biden has made a lot of lower-level appointments with the first X or Y to hold said position. There’s probably a pansexual trans-species individual serving somewhere in his administration… because, why not? And, of course, he committed to appointing a black woman to the Supreme Court while on the campaign trail—which he did.

Again, Biden most certainly knows that his party has generally soured on old white guys and so he has to rely on diversity gimmicks to stay in their favor—especially when his approval ratings are so low. But, in the end, he’s just a lame old white guy. He can make all the affirmative action picks he wants, nothing will change that.