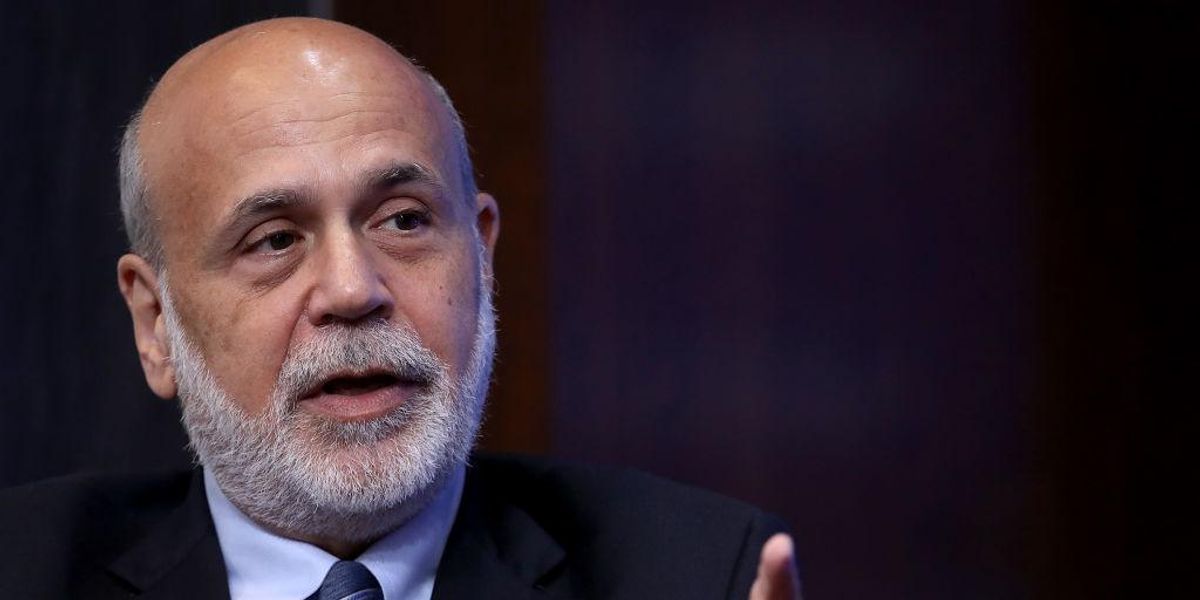 “It would be very unfair to eliminate. Many of the people who have large amounts of student debt are professionals who are going to go on and make lots of money in their lifetime. So why would we be favoring them over somebody who didn’t go to college, for example?” Bernanke said, according to the New York Times.

President Joe Biden said last month that he is “considering dealing with some debt reduction,” though he added that $50,000 debt reduction is not on the table — some Democrats have pushed for Biden to nix up to $50,000 of federal student loan debt per person.

Pres. Biden on student loan forgiveness: “I am not considering $50,000 debt reduction but I am in the process of taking a hard look” at some student debt forgiveness. nnHe adds he’ll have an answer “in the next coming weeks.”pic.twitter.com/R78gMrWy8Q

But the concept of wiping out some or all student debt obligations remains deeply polarizing. Debt forgiveness would not benefit those who have already worked diligently to pay off their own student loans or the millions of Americans who chose not to attend college.

“I just worked my butt off to pay off my very expensive student loans a few months ago. If Biden forgives student loans, I’m going to be livid,” Kassy Dillon tweeted last month, expressing a viewpoint likely shared by many others who scraped to pay off their student debt.

“Biden essentially wants blue-collar workers like truck drivers — who didn’t have the luxury of going to college to get drunk for four years — to bail out a bunch of upper-middle-class kids who chose to spend tens of thousands of dollars that they didn’t have on worthless gender study degrees,” Donald Trump Jr. said, according to the Washington Post.

Progressive Democratic Rep. Alexandria Ocasio-Cortez of New York has responded to a question about how cancelling student debt would benefit those who have already paid off their debts: “I’ve said it before and I’ll say it again: Not every program has to be for everybody. People with apartments pay for first time homeowner benefits. Young people pay for Medicare for our seniors. People who take public transit pay for car infrastructure,” Ocasio-Cortez wrote.

“Maybe student loan forgiveness doesn’t impact you. That doesn’t make it bad. I am sure there are certainly other things that student loan borrowers’ taxes pay for. We can do good things and reject the scarcity mindset that says doing something good for someone else comes at the cost of something for ourselves.

“An example: If a person is blessed enough to be in a position to have paid off their loans, maybe they have a home now and benefitted from first time homeowners programs that people crushed by student loans help subsidize when they aren’t able to buy a home because of student debt. It all comes around. It’s okay. We can support things we won’t directly benefit from,” the congresswoman concluded.

On Instagram, @RepAOC gives a straightforward answer to the question: What about those who already paid off their student loans? Her answer: u201cIt all comes around.u201dpic.twitter.com/4mk3GWkgp1

MSNBC Guest: Calm Down About Inflation, It’s Not As Bad As You Think
George Soros Targets Hispanic Media
*Triggered* Joe Biden, Justice Department Release Statements on Supreme Court Overturning New York’s Century-Old Law on Concealed Weapons
Republican Sen. Kevin Cramer gets tip of pinky finger stitched back on after injury, but faces risk of infection and possible need for amputation
‘Your terms are acceptable’: Liberal actor/director Ken Olin tweets, ‘In States where abortion is illegal the father should be financially on the hook at the moment of conception’