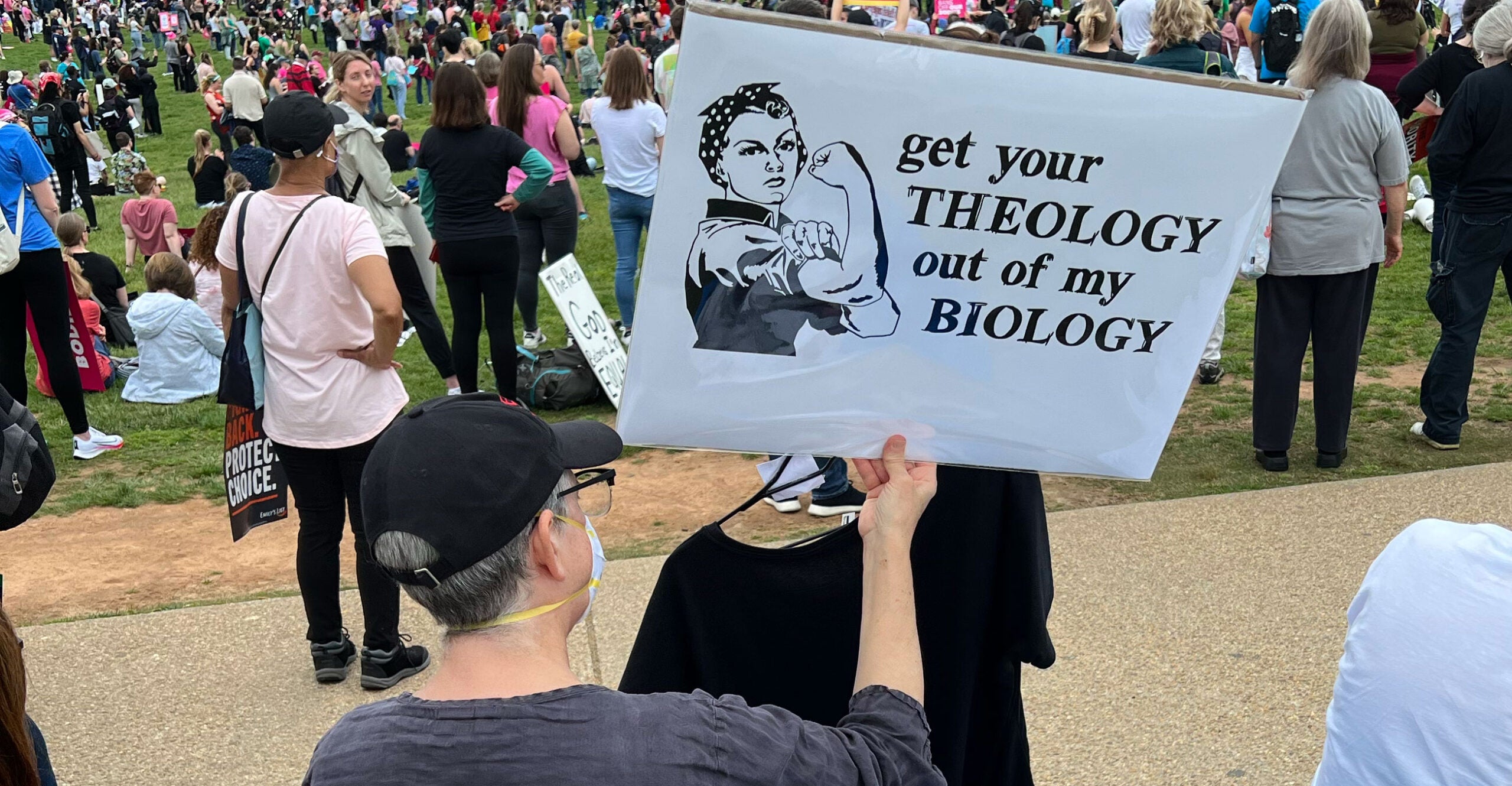 In the heart of the nation’s capital on Saturday, thousands of pro-abortion protesters gathered to continue ongoing demonstrations against a likely Supreme Court decision to overturn Roe v. Wade.

The “Bans Off Our Bodies” protest was co-sponsored by abortion-friendly groups, including the Women’s March, Emily’s List, and Planned Parenthood.

The protest comes on the heels of controversial demonstrations directly in front of Supreme Court justices’ homes in suburban Maryland and Virginia.

The previous Saturday, marchers chanted and screamed in front of the houses of Chief Justice John Roberts and Justice Brett Kavanaugh. Similar groups also went to the houses of Justice Samuel Alito last Monday, and Justice Amy Coney Barrett both Wednesday and Saturday.

In preparation for the pro-abortion protests, a small group of pro-life activists waited at the Supreme Court Building in Northeast Washington.

The crowd that gathered by the Washington Monument, right by the White House, numbered in the thousands.

They heard from a series of speakers, including leaders of pro-abortion groups like Emily’s List. A number of women who spoke shared stories of their own abortions.

Eventually, the group began to make it’s way toward the Supreme Court. Chants of “Bans off our bodies!” and “No justice, no peace!” were audible for several city blocks.

Back at the Supreme Court Building, the pro-life protesters were drowned out by angry abortion supporters. A group with Students for Life was assaulted on all sides by the mob.

The larger group was still making its way toward the court.

Eventually the two groups joined together at the court. But the pro-life protesters continued to chant slogans like “Hey hey, ho ho! Roe v. Wade has got to go!”

The response from the larger crowd toward the pro-life side became increasingly aggressive, and the Students for Life group was repeatedly heckled.