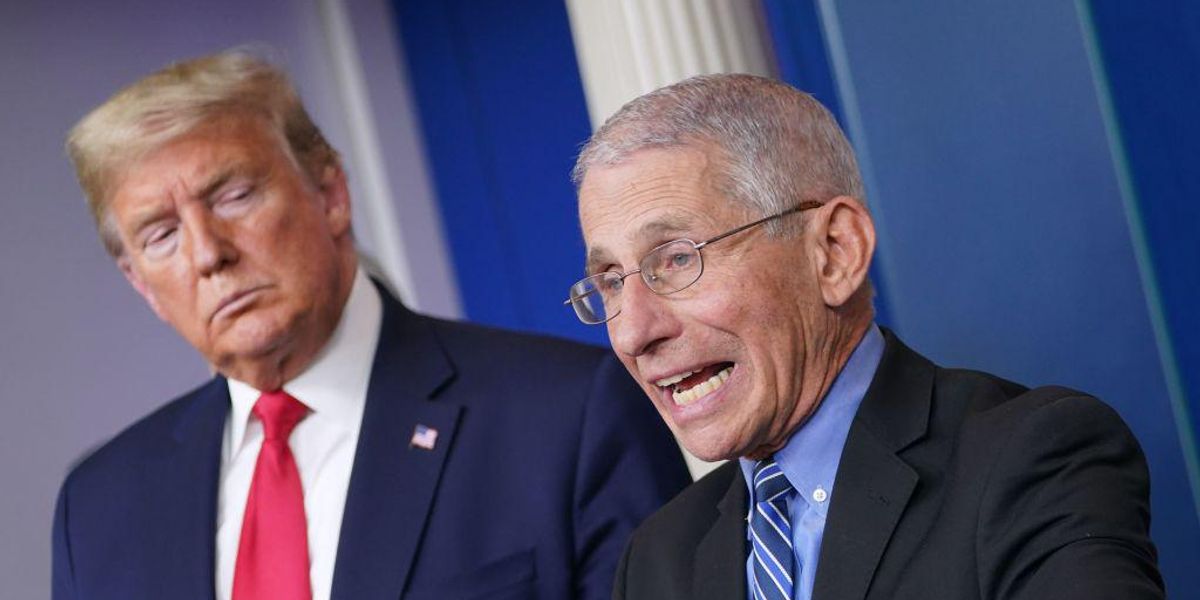 Dr. Anthony Fauci said that he intends to resign his post as the White House chief medical adviser if former President Donald Trump attains the presidency once again in 2024.

Implying that the Trump administration mishandled the COVID-19 pandemic, Fauci took the opportunity to get in some jabs while on national television, Fox News reported.

While speaking with Jim Acosta on CNN Sunday evening, Fauci laughed off the suggestion that he would remain in his post should Trump return as president, Newsweek reported.

Fauci said, “If you look at the history of what the response was during the administration, I think, you know, at best, you can say it wasn’t optimal. And I think, just, history will speak for itself about that.”

When Acosta clarified that Fauci, in fact, meant that he would not return to his post in a second Trump administration, Fauci said, “Right. For sure, yeah.”

However, it is no secret that Trump and Fauci frequently clashed during the first year of the COVID pandemic. They found themselves at odds when it came to hydroxychloroquine, testing strategies, when to reopen businesses, instituting travel restrictions from China, and many more issues.

On a campaign conference call in October 2020, just days before the presidential election, Trump said, “People are tired of hearing Fauci and all these idiots, these people. Every time he goes on TV, there’s a bomb, but there’s a bigger bomb if you fire him.”

Trump has not committed to running for president in 2024 but has very publicly flirted with the possibility of running once more to seek the Republican Party’s nomination for president.

In February at the annual Conservative Political Action Conference, Trump suggested that the Democratic Party will soon experience a series of high-profile losses at the national level.

In 2021, after Joe Biden entered the White House, Fauci said that it was “liberating” to work under the new president.

Fauci said, “I can tell you I take no pleasure at all being in a situation of contradicting the president, so it was really something that you didn’t feel you could actually say something and there wouldn’t be any repercussions about it.”

He continued, “The idea that you can get up here and talk about what you know, what the evidence and science is, and let the science speak – it is somewhat of a liberating feeling.”

Transgender activists demand ‘AFAB’ people be included in abortion debate: Assigned female at birth
At Least a Dozen Nations Are on the Verge of Economic Collapse
One Big Reason Americans are Ignorant About Russia’s Role in WW II
Shop worker held by police after Rudy Giuliani ‘slapped on the back’
‘It just stuns me’: Biden leads reaction to abortion ruling as predecessor Trump hails decision