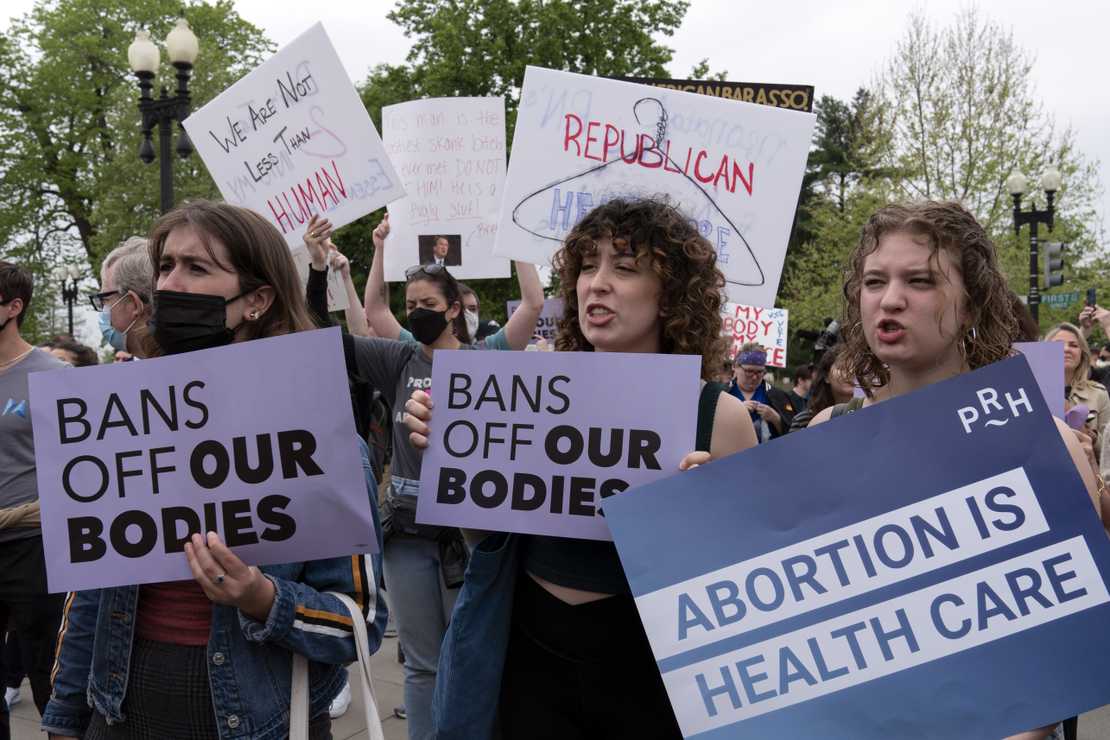 For as long as I can remember, the pro-abortion left has been trying to put as much distance between their support of abortion and the actual procedure that is abortion. Rather than focus on the barbaric procedure itself, they’ve opted to frame the debate on more abstract concepts like “choice” and “reproductive freedom” or “women’s rights.”

The pro-abortion movement has been undeniably effective at obfuscating the realities of abortion with its various euphemisms. And that language is changing with the times. On Thursday, Sarah Ferris, a congressional reporter at Politico, shared a list of proper abortion messaging from the Pro- Abortion Caucus called “Abortion Messaging Do’s and Don’ts.”

Apparently, the long-used word “choice” is now considered “harmful language” and is no longer acceptable to use. Instead of “choice” House Democrats are advised to use the word “decision” in reference to the draft opinion of Dobbs v. Jackson, which was leaked to Politico earlier this month.

One of the recommendations: Don’t use “choice.” pic.twitter.com/nqVA8W1nWT

Out with the old euphemisms and in with the new. “Safe, legal, and rare,” has been tossed into the dumpster in favor of “safe, legal, and accessible.” Though they ditched the whole “rare” thing years ago. Hillary Clinton went from saying she still believed in the mantra “safe, legal, and rare,” during her 2008 presidential campaign, to completely dropping “rare,” from the equation during her second campaign in 2016. “I’ve been on record for many years about where I stand on abortion, how it should be safe and legal, and I have the same position that I’ve had for a very long time,” Hillary said.

Clearly, the pro-abortion left is embracing their increasingly extreme position on abortion, giving up any pretense that they don’t want abortion to be as easy to get as a Happy Meal in a McDonald’s drive-thru.

The new “helpful language” proposed by the Pro- Abortion Caucus seeks to generate sympathy for pregnant women and girls who want abortions by changing “unwanted pregnancy” to “unexpected pregnancy” while generating disdain for those with moral objections to abortion by swapping “conscience clause/protections” with “refusal of care /denial of care laws.”

It seems likely that the evolution of the left’s pro-abortion language is a reflection of their realization that they are starting to lose the abortion debate. In fact, the Mississippi law that was challenged in Dobbs v. Jackson Women’s Health Organization actually reflects mainstream views on abortion in the United States. Americans generally believe that abortion should be legal but rare and restricted to early pregnancy, and their views on this have been consistent for decades, which gives the GOP a huge opportunity to win in the war on abortion messaging.

By focusing their rhetoric on calling for restrictions that have majority support, the Democrats owned by the abortion lobby will prove loud and clear just how radical they are, and no change in pro-abortion rhetoric will be able to hide it.

Biden Pentagon Pledges To Protect Abortion Access For Troops
President Biden previously said abortion is ‘always a tragedy’ and not a ‘right’ in resurfaced clip
‘Violence is a legitimate and appropriate response to oppression,’ leftist video producer Carlos Maza declares
US destroyer sunk in 1944 off Philippines becomes deepest wreck ever discovered
Republican Sen. Kevin Cramer gets tip of pinky finger stitched back on after injury, but faces risk of infection and possible need for amputation