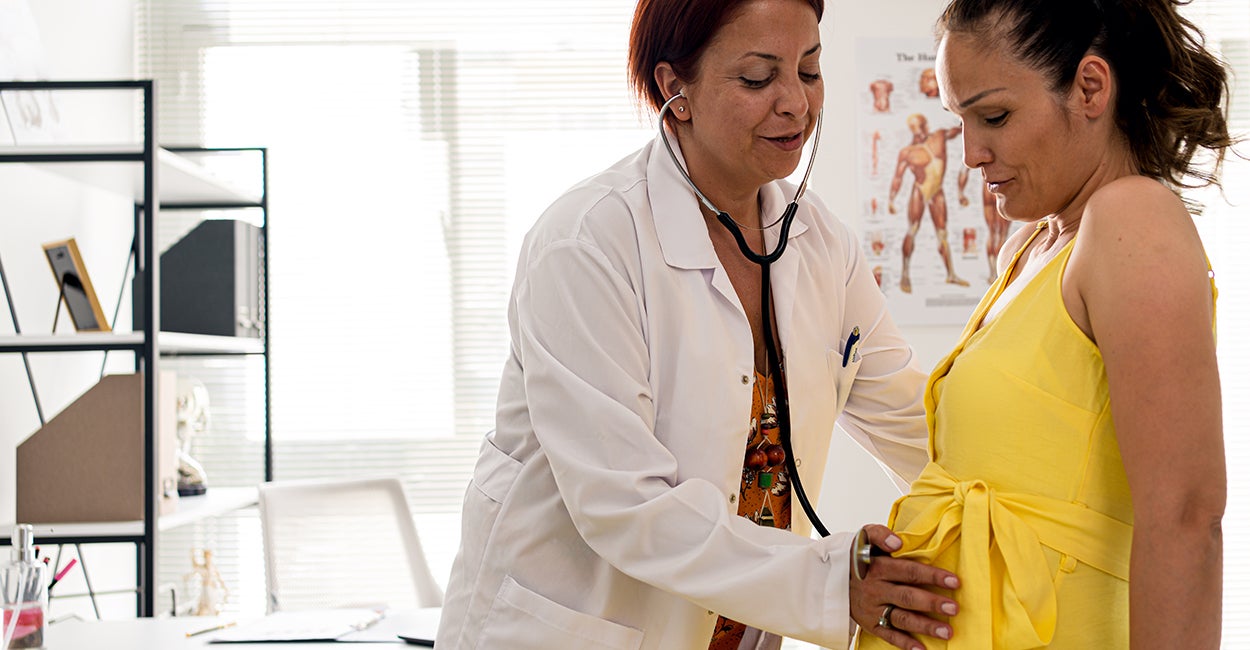 OB-GYNs, as do all other physicians, vow to protect and preserve life. Abortion, Dr. Christina Francis says, violates this promise.

“Our medical ethics is based on the Hippocratic oath, which expressly forbids abortion because it recognized the fact that killing has no place in the practice of medicine,” said Francis, a board-certified OB-GYN and chairman of the American Association of Pro-Life Obstetricians and Gynecologists.

Abortion is the “intentional ending of [a] pre-born human life,” Francis said during the organization’s virtual event Thursday night discussing what the end of Roe v. Wade would mean for OB-GYNs and their patients.

Abortion laws appear set to return to the states after a leaked draft majority opinion in Dobbs v. Jackson Women’s Health Organization revealed that the Supreme Court is set to overturn Roe v. Wade, which legalized abortion on demand across the nation.

“One of the greatest joys and challenges of being an OB-GYN is that when I’m taking care of a pregnant woman, I’m taking care of two patients,” Francis said, adding: “That fetal human being … is a distinct living and whole human being from the moment of fertilization, and that is, without a doubt, scientific fact.”

Between 76% and 93% of OB-GYN physicians do not perform abortions, Francis said.

A 2011 study by the National Institutes of Health found that just 14% of obstetrician–gynecologists perform abortions. And the Guttmacher Institute reports that “only 7% of U.S. obstetrician-gynecologists who work in private practice settings provided abortions in 2013 or 2014.”

The small percentage of OB-GYNs who perform abortions is not because of a lack of knowledge.

“We all know how to empty a uterus at any gestational age,” Dr. Donna Harrison, a board-certified OB-GYN and executive director of American Association of Pro-life Obstetricians and Gynecologists, said during the event.

So few gynecologists perform abortions because “they recognize that that’s [their] second patient that they’d be killing,” Harrison said, with the mother being the first patient.

It is the job of an OB-GYN, Francis said, to take care of both patients, born and unborn, regardless of “any sort of political commitment that I might have … [to] thinking that abortion is a good thing.”

Pro-life OB-GYNs are pro-life for both the mother and the baby, Francis explained, adding that “bans on abortion, or restrictions on abortion, will not prevent us as medical professionals from intervening in those rare situations where a woman’s life is endangered by her pregnancy.”

If pregnancy complications threaten the life of a mother, doctors may induce labor, she said, or “treat with surgery or medication in order to save the woman’s life.”

But some women choose to have an abortion not because of their own health, but a negative diagnosis of their unborn baby’s health. If Roe v. Wade is overturned, women who learn their child has an adverse diagnosis will “be offered better treatment and support,” Harrison said.

Instead of women being told that “we scheduled your abortion for tomorrow,” a mom should be offered resources and support that acknowledge the humanity of the baby growing inside her, Harrison said, before detailing her own adverse pregnancy diagnosis.

“I had my first son who was diagnosed postnatally with congenital heart disease and aortic stenosis [a narrowing of the valve in the large blood vessel that branches off from the heart], and he died at two-and-a-half.  And with my second son in utero, we got a fetal echo, and of course it showed, again, aortic stenosis,” she said.

Harrison said her pregnancy was quite difficult because “it’s hard to be happy when you know your baby’s going to die.”

But when her third son Matthew was born, she said, “he had no aortic stenosis at all.”

If states choose to ban abortion in a post-Roe world, Harrison said, “the whole field of OG-GYN will improve because we’ll be called on to actually help and support and care for women through the pregnancy, as we should be.”

‘Sending unruly mobs to private residences … is inappropriate’: Florida Gov. DeSantis signs measure that prohibits participating in protests outside of homes with the intent to disturb residents
‘Fetus = Good Snack’: Disturbing images, ‘sick and disgusting’ videos emerge from pro-abortion ‘Bans Off Our Bodies’ rally in Phoenix
REPORT: BLM Co-Founder Used Donated Funds To Pay Millions To Family Members And Friends
American households are spending $5,000 a year on gas as prices rise and economic woes worsen
‘Insanity’: Witness at congressional hearing indicates that she believes men can get pregnant and have abortions