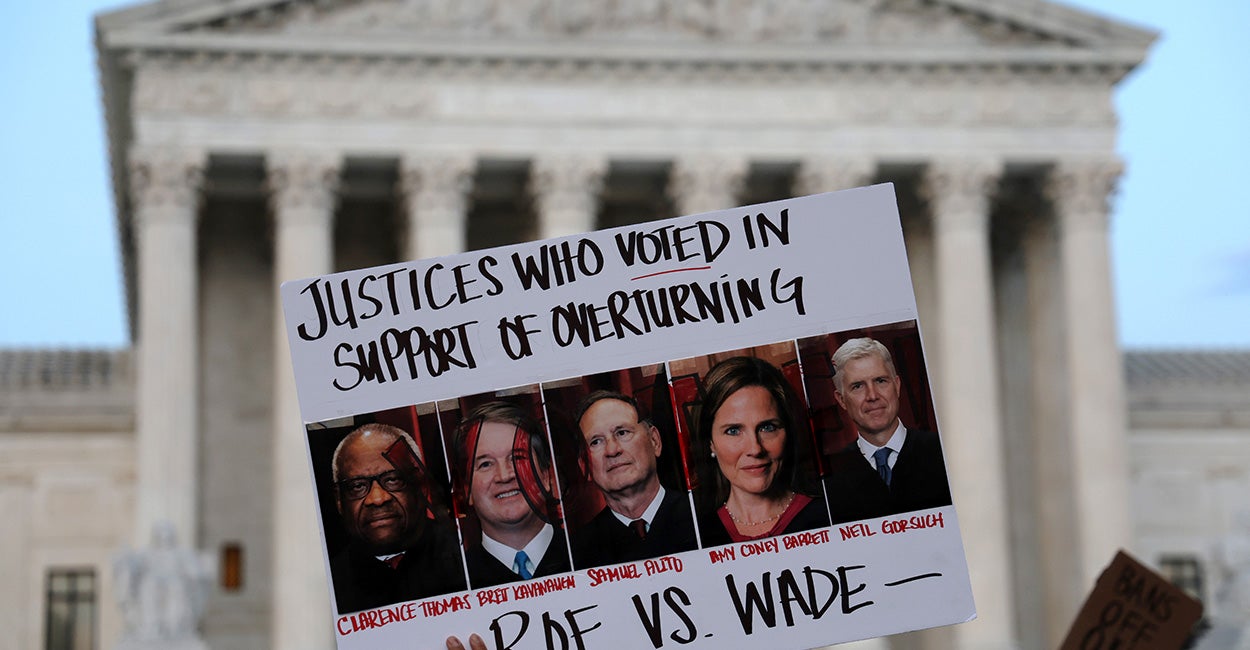 With the leak of a Supreme Court draft opinion by Justice Samuel Alito overturning Roe v. Wade, the media has gone into hyperdrive trying to obscure the real contours of the debate.

One of the most obvious ways they do it is by highlighting politically motivated surveys and conducting push polling.

Take Politico’s recent Morning Consult poll, which informs us that 53% of voters say Roe should not be overturned. Even among Republican voters, only 48% support overturning Roe. First of all, who cares? It’s a completely irrelevant query. The court exists not to care what polls tells them. And, really, on what constitutional grounds do these 53% of Americans maintain the decision should be upheld? There is tons of evidence illustrating that, other than in the broadest terms, most Americans have no idea what Roe entails.

If you want to delve into the topic, a far more worthwhile line of inquiry would be: “Do you believe the issue of abortion should be a protected constitutional right, or should voters be able to decide the issue on a state level?” This properly lays out the reality of choices that voters face. And I suspect the numbers would look quite different when the issue is framed properly. But, of course, that would mean informing those being questioned that overturning Roe doesn’t necessarily mean an abortion ban. That would be inconvenient.

The Morning Consult poll also finds that 41% of voters say it is “very important” for them to vote for a candidate in the 2022 midterms who supports “abortion access.” Every Republican-led law that’s been enacted on the issue of abortion in recent years, including the Mississippi bill that sparked the Dobbs v. Jackson Women’s Health case, provides “access” to abortion. Maybe some future bill won’t, but these do. Do you think those 41% understand this reality, one that is purposely obscured by the question? I don’t.

And anyway, why are pollsters posing inexact theoretical questions about abortion when they can ask precise ones that would properly gauge where the public stands on the debate that does exist? Democrats run Washington, and Sen. Chuck Schumer, D-N.Y., who runs the Senate, has already brought the Women’s Health Protection Act bill to the floor. This bill had tangible policy components that properly reflect the Democratic Party’s position on abortion, so pollsters don’t have to guess.

—Do you support the Democratic Party’s effort to legalize abortion through all nine months of pregnancy in all 50 states?

—Do you support the Democrats’ efforts to prohibit states from passing laws that forbid abortions after viability?

—Do you support the Democrats’ efforts to prohibit states from passing laws against sex-selective abortions?

—Do you support the Democrats’ efforts to overturn existing laws that require parental or guardian notification for minors?

—Do you agree with Democrats that non-doctors should be given the right to perform abortions?

—Do you agree with the Democratic Party’s efforts to strip medical workers of conscience rights and compel them to participate in abortion procedures or lose their jobs?

—Democrats, including President Joe Biden, want to eliminate the Hyde Amendment so that the federal government can fund abortions with taxpayer dollars. Do you agree?

—Do you agree with the Biden administration that more abortions are vital in keeping down the poor population, increasing labor force participation and helping the economy?

—A few years back, Republicans in Congress attempted to pass a 20-week limit on abortion. Do you think such a limit is reasonable?

—In Florida and Mississippi, Republican governors have signed laws limiting legal abortion to the first 15 weeks of pregnancy. Would you support similar limits in your state?

Rather, Politico asks about the prospect of prison for women who obtain abortions, which 73% oppose. Not only has there never been a serious anti-abortion bill that proposes jail time for women who get abortions—Texas, for instance, specifically exempts women from homicide charges for abortions—but it has never been part of the anti-abortion policy agenda. Why would you ask this particular question and not any of the others? To fearmonger and mislead participants.

It is undeniable that American attitudes regarding abortion are complex and often contradictory. But media outlets have further obfuscated the issue to protect Democrats. It is perhaps most obvious in the questions they ask.

National Right to Life website taken down by cyberattack
Blow to Biden’s climate agenda as US Supreme Court limits federal power to curb emissions
Bed Bath & Beyond says it’s still open to selling its Buybuy Baby division
‘They Should Do It’ Lemon Supports Dems Voting for Cheney in Primary
The View on Prayer Ruling: Animal Sacrifices Coming to High School Football