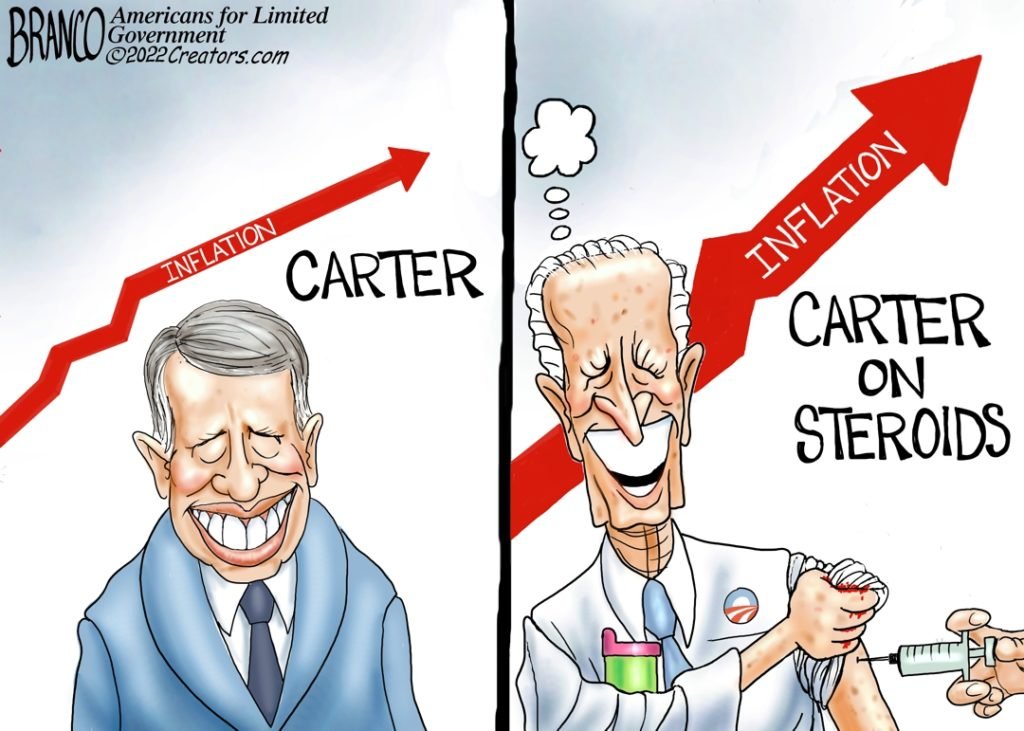 The Bureau of Labor Statistics released the inflation report for the month of April on its Consumer Price Index (CPI), showing it increased by 0.3%. That means the inflation rate for the prior 12 months dropped from 8.5% to 8.3%. Unfortunately, this pause is temporary.

The CPI for May, June and July will likely exceed the whopping 1.2% monthly increase recorded in March. That means the inflation rate for the prior 12 months will exceed 10%. Yes, double-digit inflation will be here by summer.

That means inflation, already hot, is about to run even hotter.

The CPI is a measure of inflation at the consumer level. To calculate the CPI, government buys a basket of goods and services that the average consumer is likely to purchase. That is done at numerous locations around the country. The government adds up how much was spent to purchase those goods.

The following month the government goes back to the same locations and purchases the same goods and services. Then it adds up how much was spent. The total is compared to the prior month’s total to determine the increase.

Because this procedure is time consuming, about 1/3 of the goods are purchased in the first 10 days of each month, 1/3 is purchased from the 11th day to the 20th day, and the remaining 1/3 in the last 10 days of the month.

Energy cost plays a large role when calculating the monthly CPI. Most of the energy is purchased in the first 10 days. That explains why the CPI was so low in April. Energy prices were falling in early April as oil fell below $100 per barrel and gasoline fell to $4.00 per gallon. That drop in energy prices offset rising prices elsewhere in the economy.

GET READY FOR A HIGH CPI

The CPI will be very high next month. By the 10th of May gasoline prices had reached an all-time high of $4.40 per gallon, a whopping 10% increase from the $4.00 price recorded in early April.

Worse yet, the Producer Price Index (PPI), which had been increasing at an annual rate just over 10% jumped to more than 11% in April. There is usually a three to six month lag time before producer price increases affect consumer prices.

That means the CPI in the coming months will see very large increases causing the annual inflation rate to easily exceed 10%.

Inflationary pressures are building in many areas. Of most concern is the agricultural industry. Food prices increased 0.9% in April. The American Farm Bureau says that fertilizers prices have skyrocketed 300% in some areas. Ammonia is up 210%, liquid nitrogen is up 160% and urea is up 155%.

University of Illinois economists predict per-acre corn seed costs to increase $6 to $7 in 2022 over 2021. In addition, farm machinery has increased 17%. Diesel fuel prices are reaching record high prices too.

The Russian invasion of Ukraine has significantly reduced the world’s supply of wheat and other grains. Those two countries produce more than 25% of the world’s supply in those markets. That will create food shortages that will drive prices up further.

And because the Federal Reserve followed a shockingly irresponsible expansionary monetary policy, even as the economy was growing at nearly a 6% annual rate in 2021, interest rates were held near zero, leading to more excess demand in the economy.

Now with rising energy prices, rising wages, rising food prices and with the huge excess demand created by the Biden Administration and the Federal Reserve, inflation is about to get much worse. The higher prices for necessities will force consumers to cut spending on other goods and services. The Fed’s response to the higher inflation will be to raise interest rates even further. That means a recession is sure to follow.

Welcome to the Biden Stagflation, which will likely be worse than the Carter Stagflation.