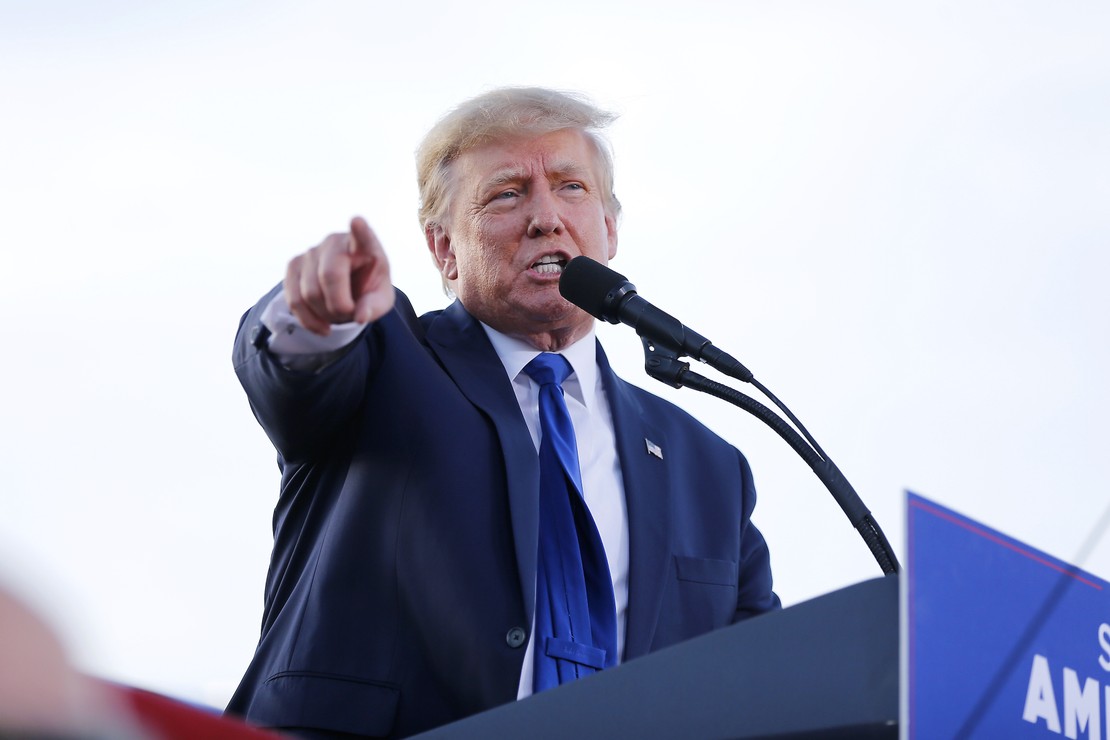 While it will largely depend on his health and other situational factors, there seems to be ample evidence that former President Donald Trump will run again for president in 2024.

President Joe Biden’s popularity continues to tank, which means that Republicans are almost a shoo-in for the midterms. Still, the level of controversy that Trump brings to the table will be a tough pitch to voters, and he may need to do something drastic in order to win them over this time around.

One suggestion is to develop the Trumpian version of the basement strategy.

While the concept of hiding in the basement was seen as a way of poking fun at the incumbent for his low-key presence on the campaign trail, it was ultimately a smart move by his team to assure that those swing voters would not know the alternative they are really voting for.

Instead, they let Trump dig himself into a hole and let him take the brunt of negative coverage, which would have happened regardless.

If Trump decides to pursue re-election, he might want to take a page out of the Biden playbook, even if he may not want to.

Whether it’s on the economy or foreign policy, the current White House is getting itself into such trouble that it almost does not need any explanation from Republicans. People are already seeing the consequences at the grocery stores, the gas station, and on their television screens. Biden and his team already struggle with communicating their message to the American people, so it’s no surprise that Americans are starting to catch on.

A lot can change between now and 2024, but the high energy and bombastic behavior that Trump brings to the table likely won’t. While rallies and other forms of public engagement might energize his base, doing these activities in excess will only remind swing voters of what they do not like about Trump, as opposed to only being exposed to the flaws of Biden’s presidency. It would essentially tighten a hypothetical race when it did not need to be.

However, many may argue that Trump is already forced to have a basement strategy given his ban from Twitter. Although that has deterred his reach to the American people greatly, if he were to return to Twitter due to an Elon Musk purchase, it would bring things back to square one. Trump is now posting on his own platform, Truth Social, but it seems to be nothing but a dud that appeals to a niche audience.

Related: Biden Could Do Something Now to Fight Inflation. Why Isn’t He?

Whether Trump decides to go after a second term or decides to play the kingmaker, his effectiveness will boil down to how public he chooses to be.

Gunman pleads guilty to murder and hate-motivated terror charges after supermarket shooting
Ron DeSantis has a new book coming out in early 2023
‘Our city is in peril’: Portland business owner closes store — and posts scathing note on front door blasting criminals, authorities who fail to punish them
Kimmel Thinks Gay Jokes are a Riot As Long as Conservatives are Target
Disney is the biggest winner — and loser — at the Thanksgiving box office