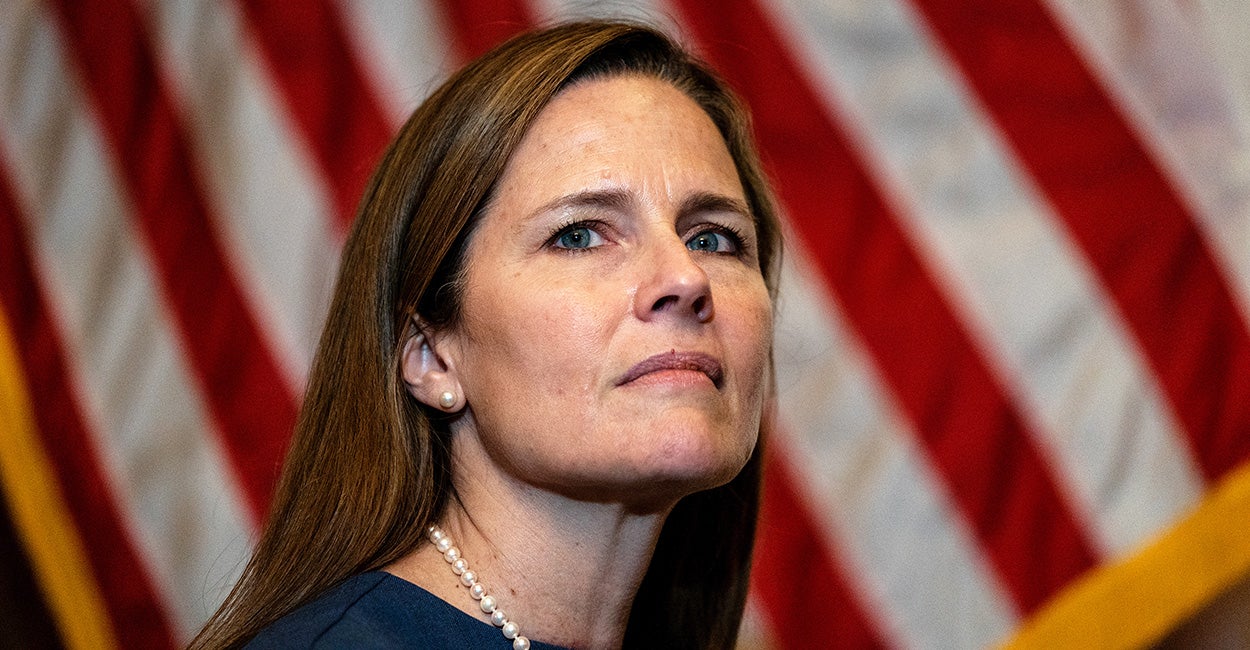 The crowd was much smaller than the groups of protestors who marched to the houses of Justices Brett Kavanaugh, John Roberts, and Samuel Alito on Saturday and Monday, consisting of seven marchers.

The ongoing protests come on the heels of a statement by the Justice Department announcing increased security for the justices.

State police were present during the protest at Barrett’s suburban home, fulfilling a promise by Virginia Gov. Glenn Youngkin, a Republican, to increase security for the justices.

It did not appear that Barrrett or her family were at the residence during the demonstrations.

The protests outside Barrett’s home, and the homes of the other justices, are in response to a leaked draft opinion of the Dobbs v. Jackson Women’s Health Organization case, which indicates that the Supreme Court is set to overturn Roe v. Wade.

The draft opinion, written by Alito, said that “Roe was egregiously wrong from the start,” and “that Roe and Casey must be overruled.” The final opinion has not yet been released, but is expected to come

The pro-abortion protests walked around Barrett’s cul-de-sac for about 10 minutes before walking out of her neighborhood.

>>> Read about what we saw at the protests at the homes of Justices Brett Kavanaugh, John Roberts, and Samuel Alito earlier this month.