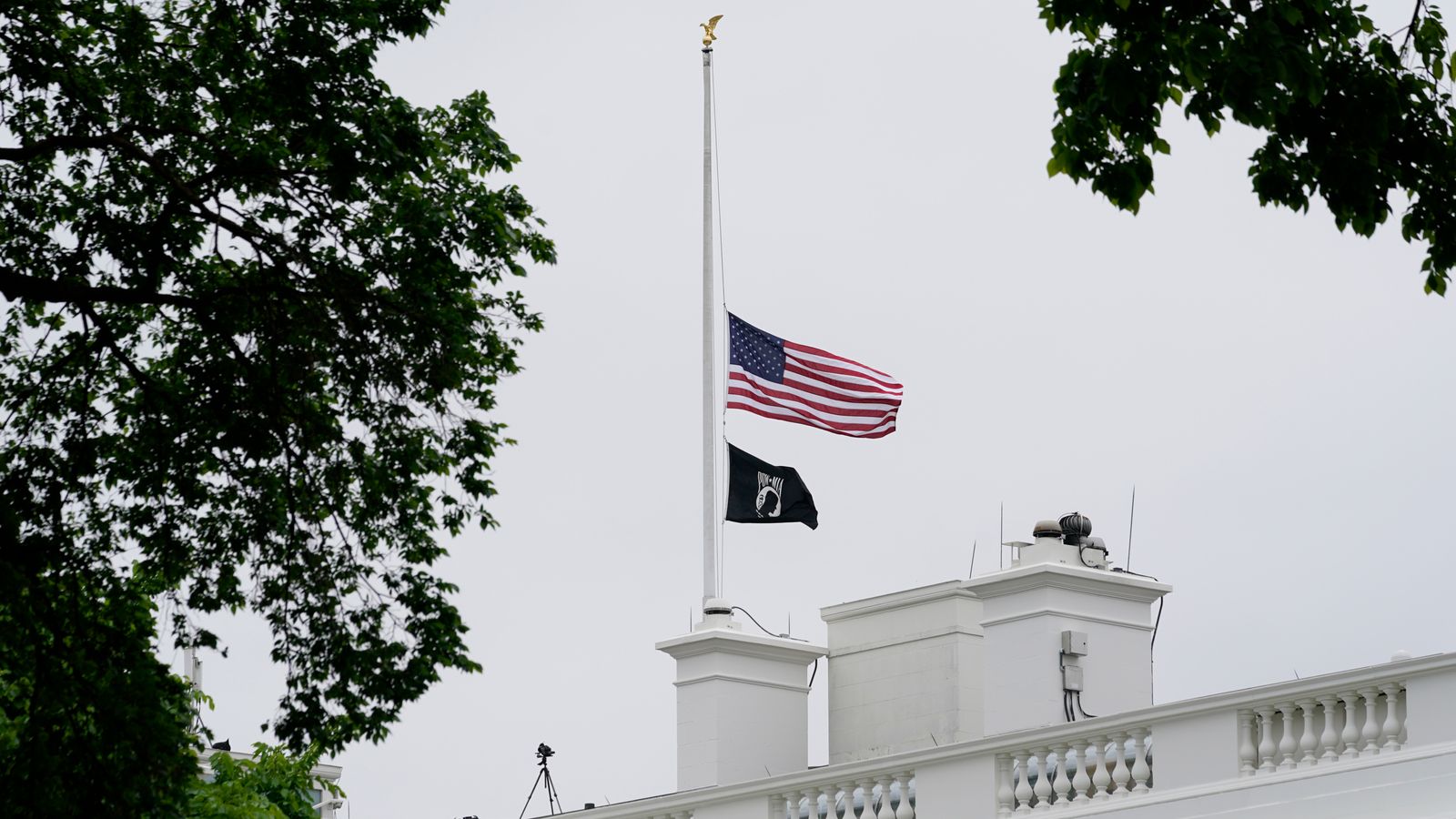 The United States has surpassed more than one million COVID-related deaths, the White House has said.

The country, with a population of 329.5 million people, has recorded more than 80 million cases of coronavirus and has the highest number of reported deaths globally so far.

President Joe Biden called it a “tragic milestone” and urged Americans to stay “vigilant against this pandemic”.

He told those grieving: “I know the pain of that black hole in your heart. It is unrelenting.

“But I also know the ones you love are never truly gone. They will always be with you.”

Latest COVID news from the UK and round the world

About 220 million Americans have been fully vaccinated but COVID-19 cases and hospitalisations continue to rise, although deaths are decreasing.

Mr Biden added: “We must remain vigilant against this pandemic and do everything we can to save as many lived as possible, as we have with more testing, vaccines, and treatments than ever before.

“In remembrance, let us draw strength from each other as fellow Americans. For while we have been humbled, we never give up.”

The virus claimed 36 lives in the US before the World Health Organisation (WHO) declared a global pandemic in March 2020.

Since then, the country has seen several spikes as new variants have taken hold, with California, Texas and Florida among the states worst hit.

The WHO estimates the pandemic has caused about 15 million deaths around the world due to a “significant undercount of total deaths directly and indirectly attributed to COVID-19”, although the official number reported is around six million.

Shop worker held by police after Rudy Giuliani ‘slapped on the back’
Abraham Lincoln bust, Gettysburg Address plaque removed from Cornell University library after ‘someone complained,’ prof says
A man who moved to New York City complained about bodegas and the cancel culture mob got him fired from his job
Not A Skit: Colbert Tries To Goad AOC Into Running For President
Stock futures fall following a major comeback week for stocks