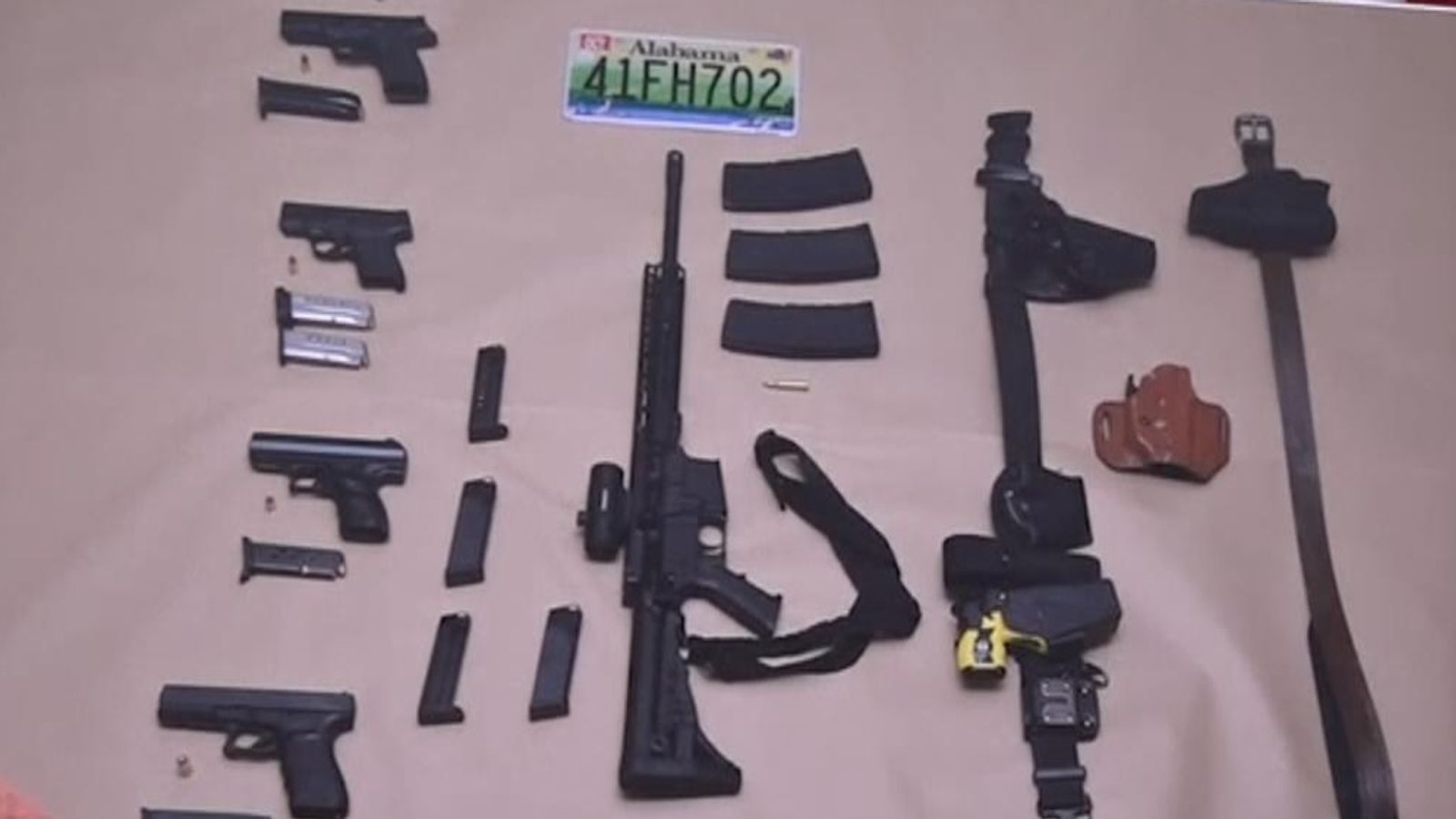 An on-the-run prison officer and a murder suspect who were having a “jailhouse romance” had loaded their getaway truck with cash and weapons ready for a firefight with police.

After a car chase on Monday, escaped inmate Casey White surrendered to authorities, but the prison worker was found with a gunshot wound to the head and was pronounced dead later in hospital.

The pair had stashed $29,000 in cash, four semi-automatic handguns and an assault rifle in the truck they took on the nearly 300 miles from the prison in Alabama to Indiana.

At the time of the breakout on 29 April, Mr White was serving a 75-year prison sentence for attempted murder and other offences and was awaiting trial on charges of stabbing a woman to death during a 2015 burglary.

If convicted, he could be sentenced to the death penalty.

Police believe he and prison officer Vicky White (they are unrelated) spent about six days holed up at a motel in Evansville, a small town in Indiana.

Sheriff Dave Wedding said they had discovered wigs there, intended to hide their identities.

“They thought they’d driven long enough. They wanted to stop for a while, get their bearings straight and then figure out the next place to travel,” he added.

It was 11 days ago that Ms White escorted Mr White from a Florence, Alabama, jail for what she falsely claimed was a mental health evaluation.

Sheriff Wedding said of Ms White’s role in the escape: “He was not forcing her. It was a mutual relationship.”

Authorities say it looked like the pair’s plan had been formulated for some time. Ms White had sold her house for about half its market value and bought a car that she parked at a shopping centre without the necessary legal registration plates.

Police believe she shot herself, but a coroner “will make the determination”, Mr Wedding said.

Mr White told investigators after his capture “he was probably going to have a shootout at the stake of both of them losing their lives,” the sheriff added.

What did he tell his mother?

After appearing by video on Tuesday in an Indiana courtroom, it was ruled he would be sent back to Alabama.

Ms White, assistant director of corrections at the jail, had applied for retirement ahead of the escape, and the day of the breakout was her last day of work.

Sherry Sylvester, who had worked with her for 16 years, said Ms White always did “everything by the book”.

She added: “I know she did wrong and made a terrible mistake, but she’s still your friend.”

Connie Moore, Mr White’s mother, said she last spoke with him by phone the day before the escape. She said her son may not have known what was about to happen.

“Everything was just as normal as it could be. I doubt he even knew he was leaving when she came in there to get him,” she said.