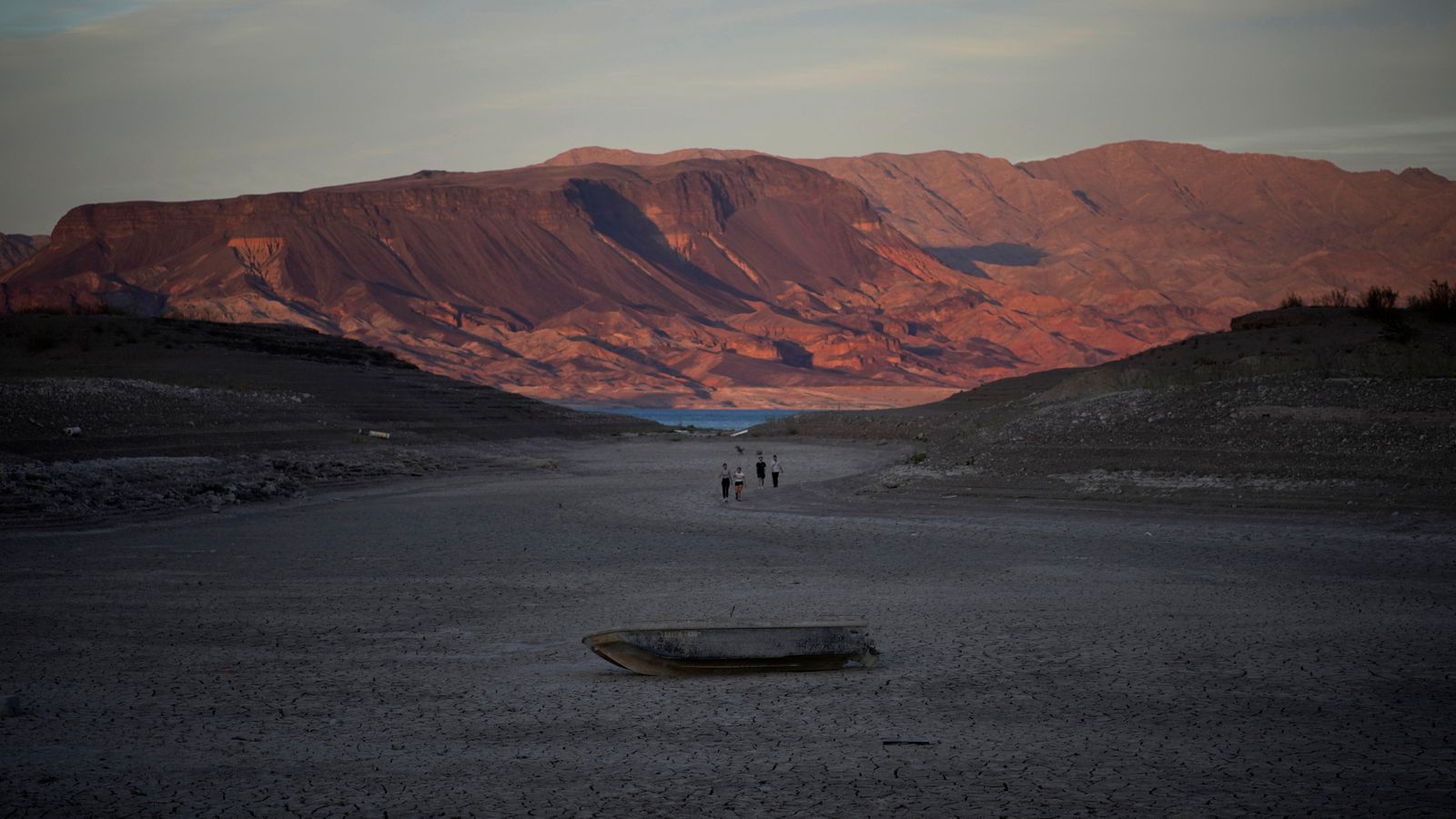 A former Las Vegas mob lawyer has said his clients were interested in “climate control” after human remains emerged from a drought-stricken Colorado River reservoir.

Recent discoveries of human bodies and remains near Lake Mead have renewed interest in the reservoir, which is a 30-minute drive from the notoriously mob-founded Las Vegas Strip.

Oscar Goodman, who represented mob figures as a lawyer before he served three terms as mayor of Las Vegas, said a lot of his former clients seemed interested in “climate control” – mob speak for keeping the lake level up and bodies down in their watery graves.

Instead, the world is now seeing the effects of climate change and the surface of Lake Mead has dropped more than 52m since 1983.

The lake that slakes the thirst of 40 million people in cities, farms and tribes across seven Southwestern states is down to about 30% of capacity.

Mr Goodman added that “there’s no telling what we’ll find in Lake Mead” and that the reservoir was “not a bad place to dump a body.

Last week a barrel containing a body was found near the shoreline of Lake Mead. Personal items found inside suggested the individual died in the 1980s, a homicide detective said.

On Saturday, two sisters paddleboarding on the lake found human bones around 14.5km from where the barrel was discovered.

“I wouldn’t bet the mortgage that we’re going to solve who killed Bugsy Siegel,” Mr Green said, referring to the infamous gangster who opened the Flamingo hotel and casino in 1946 on what would become the Strip.

Siegel was shot dead in 1947 in Beverly Hills, California and his assassin has never been identified.

“But I would be willing to bet there are going to be a few more bodies,” Mr Green added.

Geoff Schumacher, vice president of The Mob Museum, said: “I think a lot of these individuals will likely have been drowning victims,” referring to boaters and swimmers who have never been found.

“But a barrel has a signature of a mob hit. Stuffing a body in a barrel. Sometimes they would dump it in the water,” he added.

Mr Schumacher and Mr Green both cited the death of John ‘Handsome Johnny’ Roselli, a mid-1950s Las Vegas mobster who disappeared in 1976 a few days before his body was found in a 208-litre steel drum floating off the coast of Miami.

The dropping lake level exposed Las Vegas’ uppermost drinking water intake on 25 April, forcing the regional water authority to switch to a deep-lake intake it completed in 2020 to continue to supply casinos, suburbs, residents and tourists.

At Least a Dozen Nations Are on the Verge of Economic Collapse
Who Actually Approves of Joe Biden’s Handling of the Economy?
Rep. Gary Palmer Exposes Biden’s Failures on Economy, Health Care
She Had an Abortion. Why She’s Glad Roe Was Overturned.
Roe Falls: The End of the Beginning