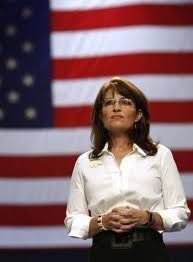 “Former Alaska Governor and first-ever GOP woman Vice Presidential nominee Sarah Palin is a trailblazer for GOP Women, a household name in Alaska, and a national leader for the America First movement,” Stefanik said in a statement to the Daily Caller News Foundation. “I am thrilled to join President Trump in endorsing Sarah Palin’s campaign for Congress.”

“Sarah Palin will be a key ally in Congress in our fight to stop Joe Biden’s reckless agenda and Save America, and I look forward to supporting her campaign every step of the way in this unique Special Election,” Stefanik said.

Palin announced her congressional bid on April 2 to fill the seat of late Alaska Republican Rep. Don Young, who died on March 18. He was 88 years old and served in Congress for 49 years.

“I’m very grateful for Elevate PAC’s endorsement of my candidacy to represent Alaska in Congress,” Palin said in a statement to the DCNF. “Congresswoman Elise Stefanik has done an outstanding job recruiting strong conservative women leaders, many of whom are mama grizzlies who will shake Washington to its core.”

“With E-PAC’s support, I look forward to fighting for Alaska in the House of Representatives!” Palin said.

I am THRILLED to join President Trump in endorsing @SarahPalinUSA for Congress! 🇺🇸🇺🇸🇺🇸

Sarah Palin is a trailblazer for #GOPWomen who has a stellar record of service to Alaskans.

She will be a key asset in Congress to help stop Joe Biden’s reckless agenda and SAVE AMERICA! pic.twitter.com/1Vtbw8i3CR

“Illinois is a top battleground in the fight to take back our House Majority, and Catalina Lauf is putting IL-11 on the map for Republicans,” Stefanik said in a statement to the DCNF, “Catalina is a 2nd generation Latin American who is an unapologetic champion of the America First movement.”

“Jennifer-Ruth honorably serves as a Lt. Col in the Indiana Air National Guard, and when she wins on November 8th, she will make history as the first Black woman veteran ever to serve in Congress,” Stefanik told the DCNF.

“Nevada is a key swing state, and with Carolina Serrano on the ballot, Republicans have the opportunity to flip the First Congressional District to help take back the House and fire Nancy Pelosi,” Stefanik said.

Stefanik’s PAC has now endorsed a total of 22 House of Representatives candidates in the 2022 election cycle, including Anna Paulina Luna, Mayra Flores, and Karoline Leavitt, according to a press release.

“We have a record-breaking nearly 300 GOP women running this cycle, and that is not an accident– these women are stepping up, and they’re fired up like never before because they know that the future of our country is on the line,” Stefanik said in the press release.