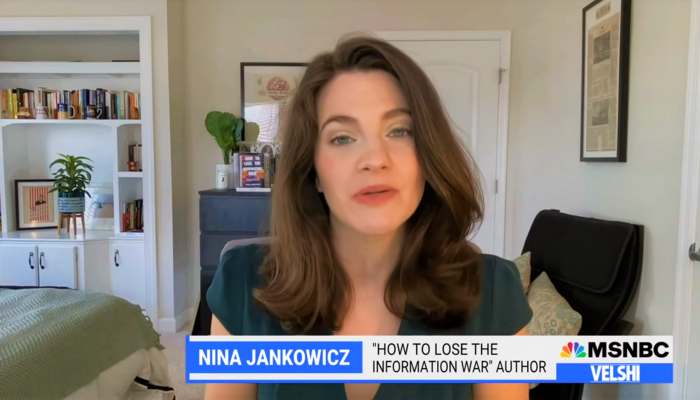 A senior government official excoriated the Department of Homeland Security’s new Disinformation Governance Board as Orwellian, a threat to liberty and even a “dumpster fire.” 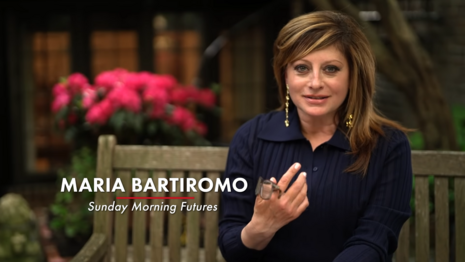 FCC commissioner Brendan Carr appeared on the May 9 edition of Fox News host Maria Bartiromo’s show, “Mornings with Maria,” and called for President Joe Biden’s Disinformation Governance Board (DGB) to dissolve as soon as possible. “Sometimes the threats to our liberty come dressed up in sheep’s clothing, but this wolf comes as a wolf,” said Carr, citing the late Supreme Court Justice Antonin Scalia. “This is Orwellian; it’s un-American; it’s unconstitutional. The very best time to shut this down was before the DHS ever announced it, the second best time is right now.”

“This type of board was always going to be a dumpster fire, uh, but the particular director that they chose to run it is just throwing more gas on it,” he added.

The infamous director of the DGB is none other than Nina Jankowicz, who was widely mocked for a TikTok video in which she sang a peppy show tune about the dangers of disinformation. She even christened herself the “Mary Poppins of disinformation” on Twitter.

The MRC further exposed the DGB’s leftist bent in an exclusive May 6 story that found board co-leader Jennifer Daskal had at least three close ties to liberal billionaire and Democrat megadonor George Soros.

Bartiromo jumped in and uncovered the hypocrisy behind leftist activist types like Jankowicz leading the charge against supposed disinformation:

“This woman Nina Jankowicz was among those people saying that Trump colluded with Russia, that Hunter Biden’s laptop was fake,” she said. “All of this is obvious that the disinformation is coming from that side.”

Jankowicz incorrectly labeled the Hunter Biden laptop story a “fairly tale” [stet] on Twitter and wrongly cited intelligence officials who claimed that the story was Russian disinformation. The existence of the laptop has since been confirmed by The Washington Post. She’s even on record pushing blatant misinformation about Trump allegedly colluding with Russia.

Carr agreed with Bartiromo’s assessment, saying that Jankowicz has a clear history of spreading misinformation herself. “This is a person” who claimed that “it’s really liberals that are being shadowbanned on the Internet, not conservatives,” Carr said. These aren’t isolated pinpricks. This is a broader effort by this administration to drive dissent from the public square.”

Carr didn’t stop there. He emphasized that “there’s a broader game afoot,” pointing to a controversial DHS bulletin on terrorism from February. The DHS cried that foreign and domestic purveyors of “mis- dis- and mal-information” were threats to the security of the United States.

Senate Advances Radical Respect for Marriage Act
Don’t Be Fooled, We Can’t Trust Mark Kelly
Arizona Republicans Are Fighting the War to Save Election Day
Young thugs — ages 12, 15, and 16 — punch woman in face after failing to steal her fanny pack. Same crew points gun at man, makes off with his cash, cops say.
Hyundai is on a hot streak in the U.S., but Biden’s Inflation Reduction Act could spoil it