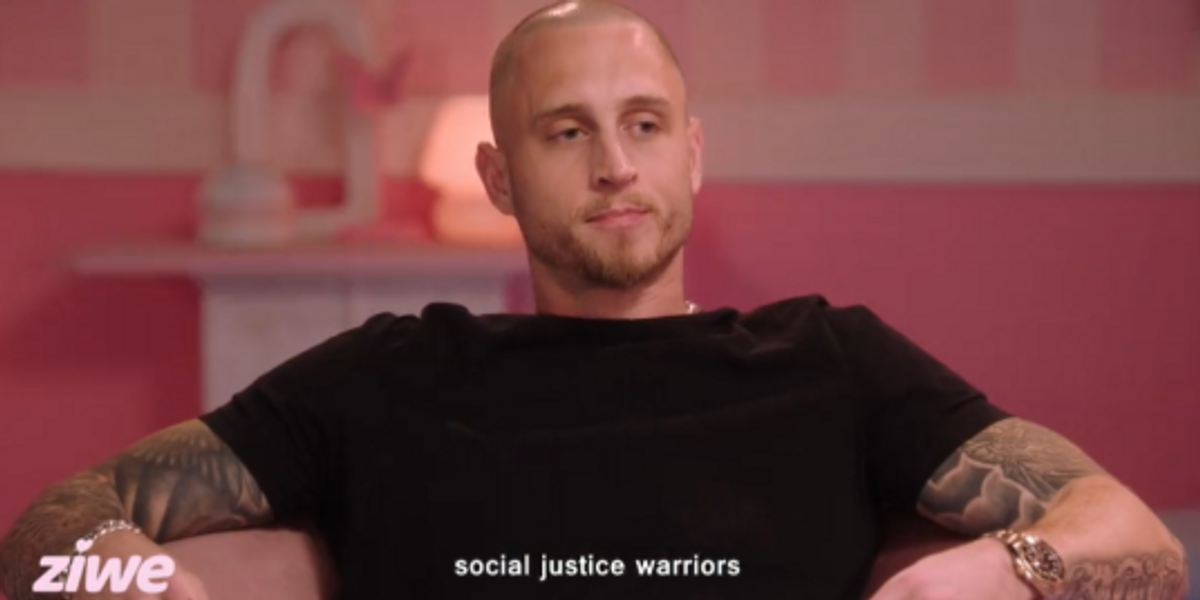 Hanks gave an interview with podcaster Ziwe Fumudoh – who asked the loaded question, “Are there any marginalized communities you want to apologize to? I don’t know, maybe the Patois community?”

Hanks fervently shakes his head and then responds, “Nah.”

The celebrity son then replies, “I don’t feel like I’ve truly done anything offensive.”

The Nigerian comedian then asks, “You don’t see it as cultural appropriation?” She then adds, “You see it as a celebration of culture?”

When pressed, Hanks answers back, “No, I one hundred percent agree. Social justice warriors can kick rocks.” Hanks then presents a hand gesture for them to go away.

i asked chet hanks if he wanted to apologize to any marginalized communitiespic.twitter.com/EEzD9VrtNs

Ziwe was likely referencing an event from 2020, when Hanks used a Patois accent that was widely panned.

American entertainer, Chet Hanks, welcomes viewers to the 2020 Golden Globes yesterday, in patois. In November last year, theu00a0Jamaican Language Unit of @UWImona ramped up its advocacy for Patois to be made an official language by launching a petition on the website of the OPM.pic.twitter.com/jSLSW4Kl4O

REPORT: Top Aide To John Fetterman Is Outspoken Court-Packing Activist
CNN Pranked By Kimmel Troll Claiming To Be Walker Voter
BUSTED! Katie Hobbs Tied To Money From FTX Funded PACs
William and Kate met by pockets of booing and sit through awkward lecture as race row clouds visit
His race was ‘an albatross around his neck’: Former city employee sues Seattle and its mayor over CRT-based anti-white discrimination