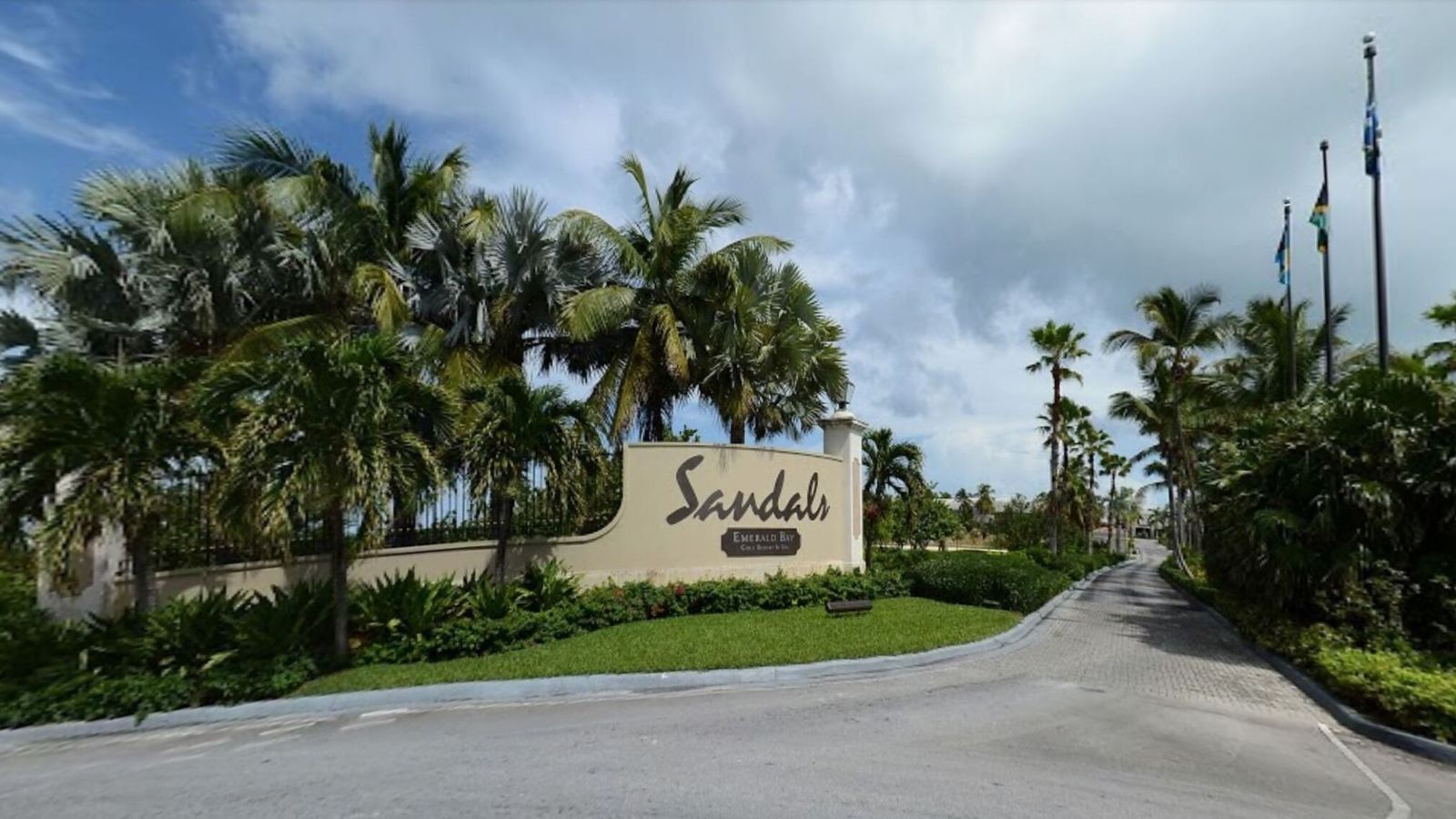 Three tourists have died at a five-star Sandals resort in the Bahamas after falling ill, officials have said.

Police are investigating after two men and a woman – who were American nationals – were found unresponsive at Sandals Emerald Bay resort on the island of Great Exuma on Friday.

Another woman was airlifted to hospital for treatment.

The cause of the deaths has not been confirmed but a guest at the hotel suspected an air conditioning fault had caused a “toxic coolant leak”.

Some guests had been treated at a clinic for nausea and vomiting the day before the deaths, health minister Dr Michael Darville said.

One of the victims was named as Vincent Chiarella, from Birmingham, Alabama, who had been celebrating an anniversary with his wife Donnis.

Their son Austin told ABC News he had been contacted by the US Embassy and he was able to speak with his mother, who was airlifted to a hospital in Florida.

He told ABC News: “She woke up and my dad was laying there on the floor, and she couldn’t move.

“Her legs and arms was swollen and she couldn’t move and she screamed to get someone to come in the door.”

Mrs Chiarella had fallen ill on Thursday but “thought she was all right” after she was released from the clinic, her son said.

“I am just so heartbroken right now,” Austin Chiarella said. “My dad was everything to me.”

A message posted on the Facebook page of Chris Coucheron-Aamot, a guest at the Sandals resort, said on Saturday there was “crime scene tape and security guards all around our unit”.

“It sounds like it may have been a fault with the a/c in the unit, causing a toxic coolant leak,” the message said.

“It was hard to sleep last night – every time the a/c came on, I woke up.”

Bahamas’ acting prime minister Chester Cooper said the cause of deaths was “still unknown” but he had been advised that “foul play is not suspected”.

Royal Bahamas Police said they had been alerted by staff at the Sandals resort that a man had been found “unresponsive” in a villa.

While travelling to the resort, officers were told another man and a woman had also been found unresponsive in another villa.

The force said there were “no signs of trauma” and all were pronounced dead by a local doctor.

Initial investigations revealed the man and woman found together – who showed signs of convulsion – had complained of illness the previous evening, police added.

Police are awaiting the results of an autopsy report to determine the exact cause of deaths.

In statement to Eyewitness News Bahamas, Sandals said it was “with deep sadness that we confirm the passing of three of our guests at Emerald Bay Resort”.

“A health emergency was initially reported and following the protocols, we immediately alerted emergency medical professionals and relevant local authorities to provide support and investigate the situation,” it said.

“We are actively working to support both the investigation as well as the guests’ families in every way possible during this difficult time.”

This year, and every year, I am most thankful for family
UNHINGED: CNN Analyst Says Free Speech Is ‘Nonsense’
FIREWORKS: KJP Blows a Gasket When Daily Caller Reporter Tries to Question Fauci
Investment Fund Boycotts These 29 Companies Hostile to Conservative Values
Forget the Polls in the Georgia Runoff Election