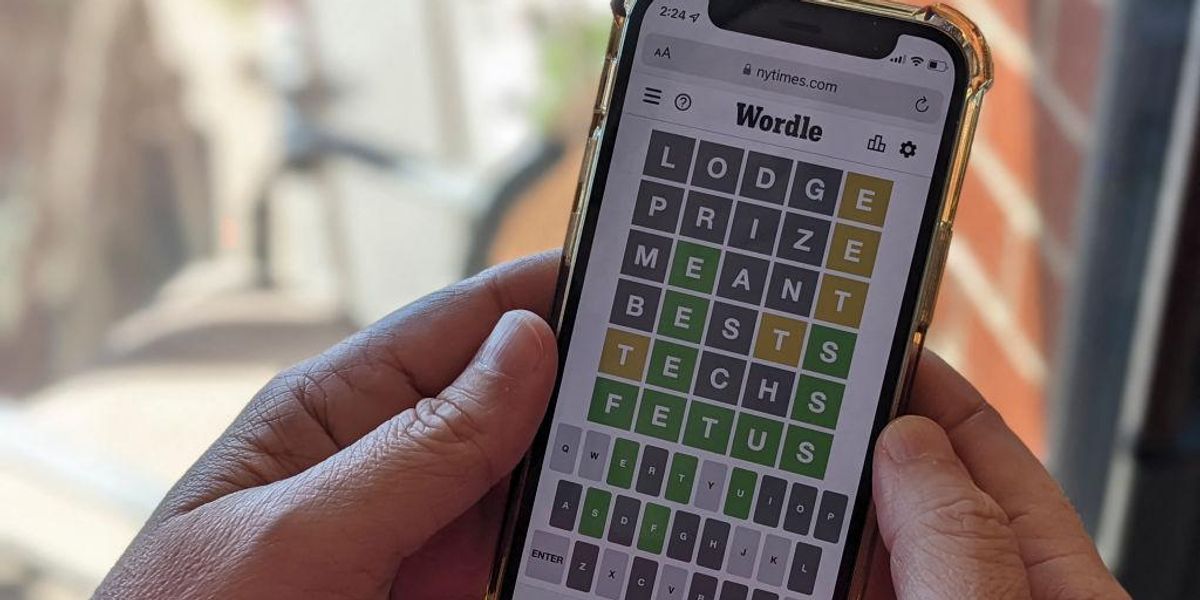 The New York Times has changed Monday’s answer to the enormously popular puzzle game Wordle because the solution was coincidentally related to an ongoing major national news story, it said.

In a statement published Monday, the Times warned that some users solving the word puzzle “may see an outdated answer that seems closely connected to a major recent news event.”

The Times did not specify what the answer was, but CNN reported that the word was “fetus.” In light of the nationwide debate happening after a draft Supreme Court majority opinion overturning the landmark abortion rights decision Roe v. Wade was leaked last week, the Times apparently thought it was best to change Wordle’s answer.

“This is entirely unintentional and a coincidence — today’s original answer was loaded into Wordle last year,” New York Times Games said. “We take our role seriously as a place to entertain and escape, and we want Wordle to remain distinct from the news.”

The statement explained that the game publishers became aware that “fetus” would be the answer to Monday’s puzzle last week and that “we switched it for as many solvers as possible.” However, some users who have not refreshed their browser window may still have the “outdated puzzle.”

“We want to emphasize that this is a very unusual circumstance,” New York Times Games said. “When we acquired Wordle in January, it had been built for a relatively small group of users. We’re now busy revamping Wordle’s technology so that everyone always receives the same word. We are committed to ensuring that tens of millions of people have a gratifying and consistent experience, every day.”

The final court opinion has not been released, and the votes and decision could still change before the court releases its official ruling. Chief Justice John Roberts has ordered an investigation to determine who leaked the documents to Politico.

Wordle, a daily puzzle game that gives players six attempts to guess a five-letter word, was created by Josh Wardle, a software engineer from Brooklyn, New York. Debuting in October 2021, the game became rapidly popular and was acquired by the New York Times Company in January. It is now played by millions of people every day, according to the Times.