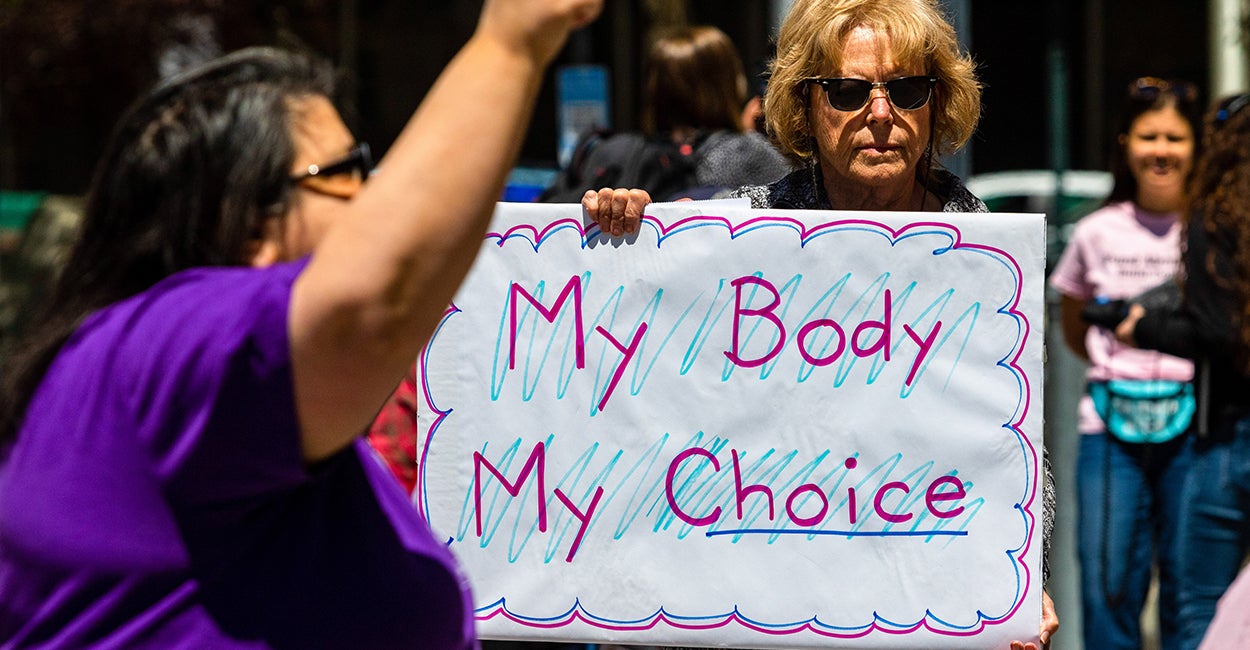 If you visited the Supreme Court in the days following the leak Monday night of a draft majority opinion in the abortion case known as Dobbs v. Jackson Women’s Health Organization, you would have seen many signs saying, “My body, my choice.”

Choice means options, and it implies empowerment. But that isn’t the message of pro-abortion activists, one adoption advocate says.

The anthem of the pro-abortion forces long has been that they’re “pro-choice,” said Herbie Newell, president and executive director of Lifeline Children’s Services, but “the only choice that they’re providing is abortion.”

With a Supreme Court majority apparently set to overturn its 1973 decision in Roe v. Wade, which legalized abortion on demand across the nation, Newell says, adoption gives women a choice of hope when they’re faced with an unplanned pregnancy.

Lifeline, a Christian foster care and adoption agency, works domestically and internationally to serve the needs of vulnerable children.

During a phone interview with The Daily Signal, Newell recalled the story of a young woman named Lili, who Lifeline helped in her journey to choose life. The Daily Signal isn’t using her full name to protect her privacy.

Lili, who recently shared her story on “The Defender Podcast,” learned that she was pregnant during the COVID-19 pandemic.

She went to get an abortion at a clinic, which performed an ultrasound.

The sonogram revealed that Lili was pregnant with twins. The thought of ending not one but two lives was more than she could bear, Lili said on the podcast, and she walked out of the abortion clinic.

Within a few minutes, she received a phone call from a family member. When she explained her situation, the relative told her about Lifeline Children’s Services. Lili contacted the organization and met with a Lifeline counselor later that day.

At the end of 2020, Lili’s two baby girls were placed for adoption. Lili chose an open adoption, meaning she is in touch with the adoptive family and the twins will grow up knowing their birth mother.

For Lili, adoption was the best choice, as it is for many other women faced with unplanned pregnancies, Newell told The Daily Signal, while acknowledging that adoption is “not the best option for every woman.”

When Chambers learned she was pregnant as a young, unmarried woman, she considered adoption. But ultimately she made the choice to parent, Chambers told The Daily Signal during a phone interview Tuesday.

Chambers, 59, said that because her parents and the baby’s father were supportive, “abortion was never a conversation that we had.”

Chambers and her boyfriend decided to get married and parent their baby. Now, 43 years later, she is helping other women navigate the challenges of unplanned pregnancies.

As executive director of advocacy for children at Focus on the Family, Chambers works with pregnancy centers, churches, and foster care and adoption agencies, offering support and resources so they can serve the needs of babies, children, and families.

Adoption provides mothers with choice, both Newell and Chambers said.

Organizations such as Safe Families provide temporary foster care to allow a mother or parents time to get back on their feet and prepare to parent again.

For too long, adoption has had a negative stigma, Chambers says.

When a mom chooses adoption, she is saying that “abortion is not for me,” Chambers said.

By using “positive verbiage” about adoption, she said, “I think that we can change the culture [and] the mindset of adoption.”

Honoring and supporting a birth mother during and after her pregnancy is “one of the keys to really changing the narrative around adoption,” Chambers said.

Like Newell, Chambers acknowledges that no one-size-fits-all solution exists for women and families facing an unexpected pregnancy.

But, she said, “adoption is a way to drive down the number of abortions in the United States.”

ER and Ray Donovan actress Mary Mara dies in apparent drowning
White House Press Secretary Says Biden Does Not Agree With Packing the Supreme Court
Cycling’s Biggest Problem? A Lack of Black Athletes, Of Course
Nurse resigns after claiming on social media she would deny Viagra to white males who vote conservative
Starz could turn into an ‘acquisition machine’ after Lionsgate spins it off