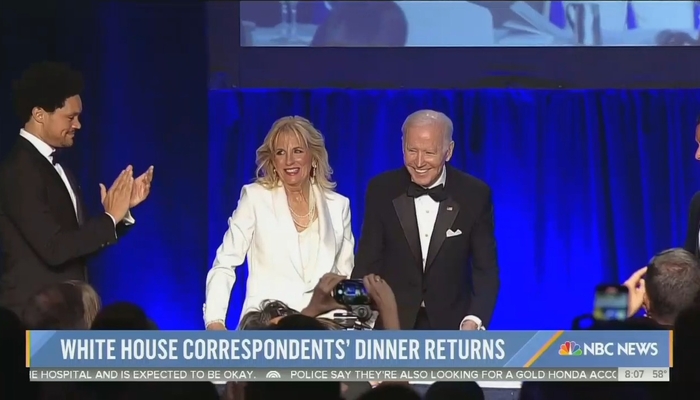 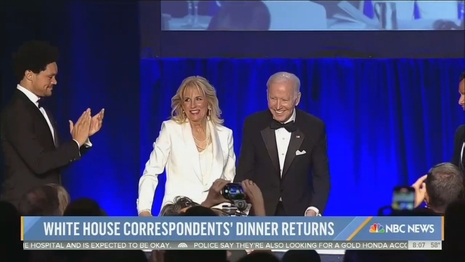 The media made a big deal out of the White House Correspondents Dinner being back on Saturday night — with Biden, baby! At least he joked the press is less popular than he is. Biden can makes jokes about the unpopularity of the press. We kid because we love ya, kids!

Nobody elects the press. They get to prance around as the People’s Guardians even if most Americans wouldn’t elect them as their representatives.

It’s always funny when they try to make it sound like Donald Trump didn’t come because he was a petulant brat who couldn’t take the heat. And then we can say “Okay, and how many of you would accept an interview request from the Tucker Carlson show?” They’d say “that would be a counterproductive disaster that would enlighten no one.” So why should a president the press despises make an appearance?

We also discuss CNN boss Chris Licht sending an email to his troops about overcoming “groupthink” and respecting “different viewpoints,” and how that might scare liberal insiders, as well as NPR offering an audio press release to transgender Biden bureaucrat Rachel Levine.

How To Sell Your House for the Highest Price Possible
George Washington University shoots down demands from students to drop Clarence Thomas over Dobbs opinion
Why Isn’t Joe Biden Firing Anyone?
Justices’ Home Addresses Blasted on Social Media With Zero Consequences
Maher Lashes Out at Abortion Ruling, Credits Conservatives for Victory