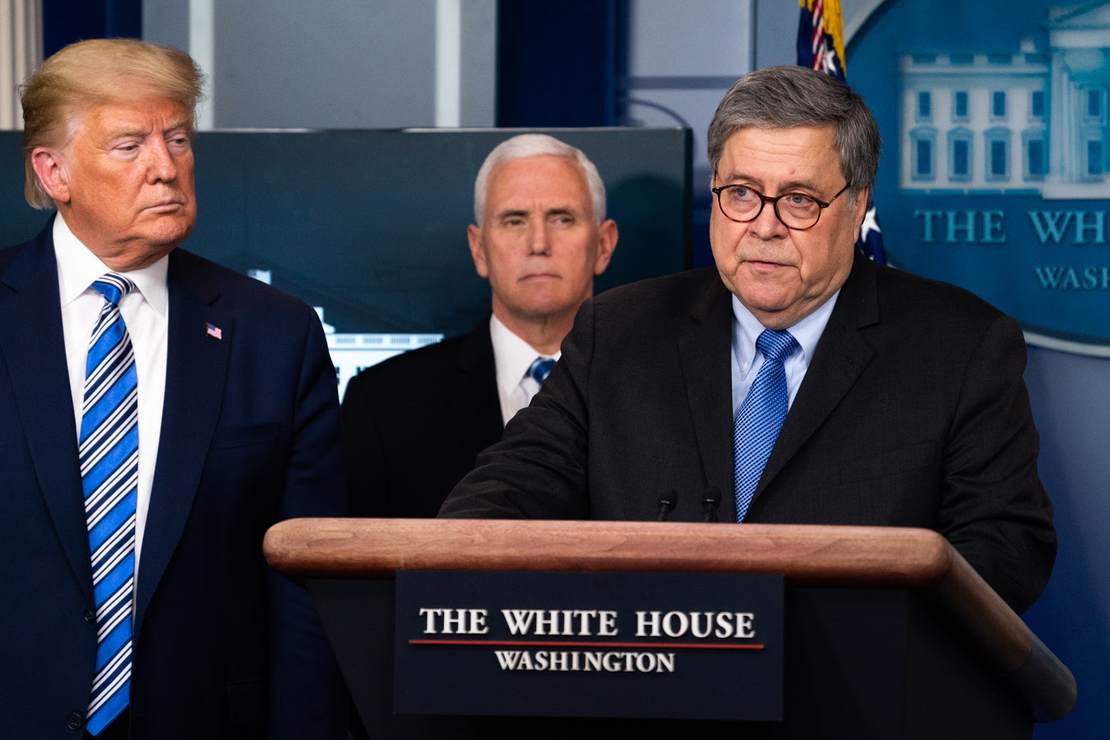 I’m the first to admit that back in 2016, I was not on the Trump Train. I spent the majority of the 2016 election season ardently anti-Trump.

I wasn’t a Never Trumper, however, and I certainly would have preferred to chew broken glass than vote for Hillary, but I thought that Trump was doomed to lose the election and, if he somehow managed to win, would not govern as a conservative. Still, I was mostly convinced that he was going to lose the election and give us President Hillary Clinton.

But, Trump not only won, he also managed to be an effective conservative leader. The 2020 election was a tragedy that will always be tinged with doubt about the veracity of its results. Frankly, when it was clear that the evidence of election irregularities and voter fraud wasn’t going to get its day in court, all I wanted was for Trump to get his payback in 2024. And ever since, he’s been teasing his intention to do so.

One person who doesn’t think Trump should run, however, is former Attorney General Bil Barr.

“I don’t think he should be our nominee, the Republican Party nominee, and I think the Republicans have a big opportunity. It would be a big mistake to put him forward,” Barr said on Newsmax’s Spicer & Co.

Barr did say, however, that if Trump does run and is the GOP nominee, he would vote for him over whoever the Democrat nominee is. (I guess he’s not confident Biden will run either.)

Trump also has other problems going into the 2024 election. I’ve also been quite forthright about my recent interest in Ron DeSantis as a 2024 GOP presidential candidate, and my belief that DeSantis can bring the Trump agenda to Washington without the Trump baggage.

But, Barr’s argument seems to be based on the idea that he doesn’t think Trump can win, and I think he’s wrong. A majority of recent polls show Trump ahead of Biden in a 2024 rematch.

Trump does have other weaknesses, however, that I think are legitimate. There’s no use in denying that he has burned a lot bridges during his time in the White House, and even since then. Heck, his own attorney general doesn’t want him to run again. While we can debate whether Barr’s reasoning for Trump to sit out the 2024 election has merit, it’s quite clear that Trump has turned former allies into enemies, and his attacks on Sen. Mitch McConnell (R-Ky.) since leaving office would mean that they likely wouldn’t have a very productive relationship should Trump run in 2024 and win.

I do believe it’s a mistake for Barr to pretend that voter fraud and election irregularities had no impact on the 2020 election. Barr has called Trump’s allegations of voter fraud “bulls—t,” and I think he’s dead wrong. We know things weren’t on the level in 2020, and Barr, for whatever reason, refuses to see that.

Mother fatally shot ‘at point-blank range’ while pushing baby in pram
Let’s Start Talking About All the People Dying from, You Know, the Thing
LOL! Paul Krugman Admits (Again) That He Was Wrong on Inflation
BREAKING EXCLUSIVE: Footage Reveals Ballot Traffickers Forging Signatures and Trafficking Ballots But RINO AG Brnovich Dropped Forgery Charges (VIDEO)
US basketball star ‘keeping the faith’ as she appears in Russian court on drugs charges