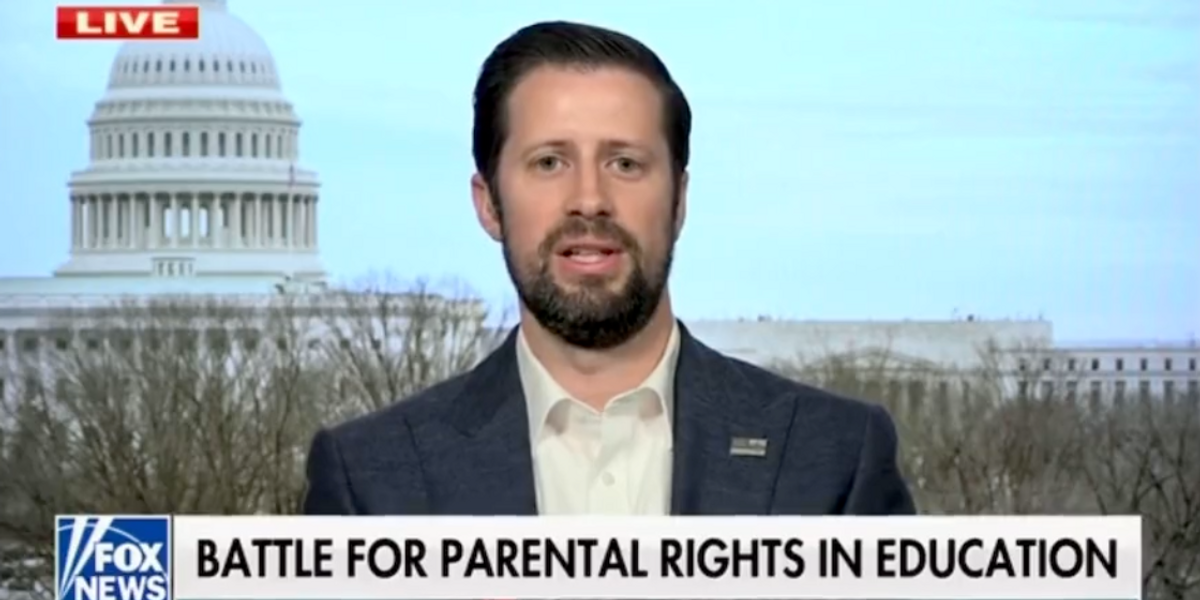 A father in Loudoun County, Virginia, tore into American Federation of Teachers President Randi Weingarten this week after the union boss claimed that a growing parental rights movement in America could lead to civil war.

What did he say?

Brandon Michon — an outspoken parent who is also running for Congress as a Republican in Virginia’s 10th district — told Fox News on Monday that union heads and school boards across the country are the ones who started the conflict by pushing progressive ideologies in schools.

Michon, who has four children under the age of 10, accused Loudoun County Public Schools and other progressive school districts of pushing their radical views surrounding sexual orientation, gender identity, and critical race theory on children without consent from parents.

The special interest groups and unions invaded education a long time ago. Parents will continue to advocate for a proper education of our children. nnWhen elected I will investigate you @rweingarten nnJoin us May 21st so we can get this country back on track. nn#VA10 @FoxNewspic.twitter.com/Lb6llsB0Vf

Weingarten made headlines last week after going off on proponents of the parental rights in education movement in America during an unhinged radio interview.

Elsewhere in the discussion, she called backlash against progressive ideology being taught in public schools an “existential threat” to the country and complained that “right-wing extremists” are “exploiting” parents’ fears to accomplish political ends.

Weingarten’s remarks served as a flash point in the heated battle between parents who want more control over their children’s education and the leaders of educational institutions who think they know better.

In recent months, parental outrage over transgender-affirming and critical race theory curricula in schools has culminated in legislation aiming to prevent such unwanted indoctrination. Perhaps the most popular piece of legislation is Florida’s House Bill 1557, which bars classroom discussion on sexual orientation and gender identity in kindergarten through the third grade and establishes scaleable guidelines for discussion on the subject matter in grades thereafter.

Outraged over what his children were being taught in school, Michon decided to speak up at school board meetings last year. Now he’s running for office with a campaign focused on parental empowerment and putting children’s interests first.

“If you want to talk about the biggest equalizer in all of education, literacy. Let’s get back to teaching more literacy. That [lifts] up all socio-economic classes,” he argued, adding, “Don’t talk about the vocal minority of parents when there is vocal minority on the other side. We need to renew the focus on our children. Math, science, history, the things that will make them good members of society.”