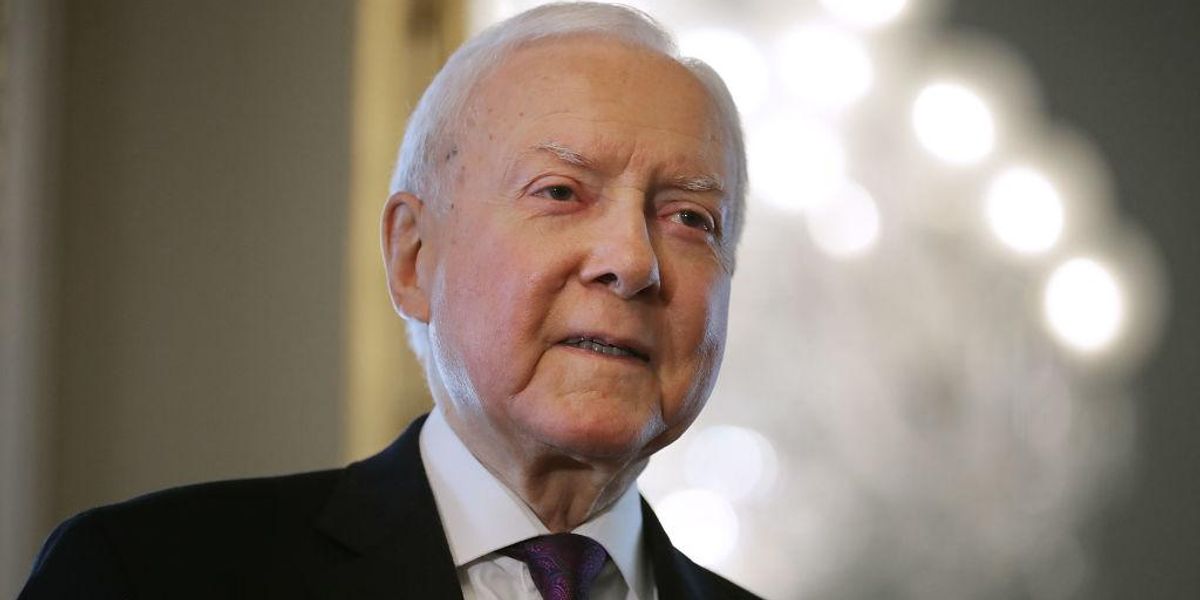 Former Republican Sen. Orrin G. Hatch – the longest-serving senator in Utah’s history after 42 years in public service – died on Saturday at the age of 88. He leaves behind a wife Elaine, and six children.

On Saturday, the Hatch Foundation announced, “Senator Hatch passed away at 5:30 p.m. on Saturday, April 23, 2022, in Salt Lake City, Utah, surrounded by family.”

The Hatch Foundation noted, “Upon his retirement, Senator Hatch held the distinction of having passed more legislation into law than any other Senator alive,” adding that he had sponsored or cosponsored over 750 bills that were signed into law.

“Beyond the sheer volume of his legislative successes, Hatch authored or coauthored many of the most consequential laws of the past half century, including: the Religious Freedom Restoration Act, which helps protect the free exercise of religion for all Americans; the Drug Price Competition and Patent Term Restoration Act (also known as Hatch-Waxman), which created the modern generic drug industry; the State Children’s Health Insurance Program (or SCHIP), which provides health care for uninsured children from low-income families who do not qualify for Medicaid; and the Americans with Disabilities Act, which prohibits discrimination against persons with disabilities,” the Hatch Foundation stated.

“A man of wisdom, kindness, character, and compassion, Orrin G. Hatch was everything a United States Senator should be,” said A. Scott Anderson – chairman of the Hatch Foundation. “He exemplified a generation of lawmakers brought up on the principles of comity and compromise, and he embodied those principles better than anyone. In a nation divided, Orrin Hatch helped show us a better way by forging meaningful friendships on both sides of the aisle.”

“Senator Orrin G. Hatch personified the American Dream,” said Matt Sandgren, Executive Director of the Hatch Foundation. “Born the son of a carpenter and plaster lather, he overcame the poverty of his youth to become a United States Senator. With the hardships of his upbringing always fresh in his mind, he made it his life’s mission to expand freedom and opportunity for others – and the results speak for themselves. From tax and trade to religious liberty and healthcare, few legislators have had a greater impact on American life than Orrin Hatch. He was a profoundly positive influence in the lives of those he served, whether they were the constituents he helped over four decades of casework, the hundreds of interns he sponsored in both Utah and DC, or the robust network of Hatch staffers who carry on his legacy to this day. Senator Hatch touched the hearts of countless individuals, and I know I speak for all of them when I say he will be dearly missed.”

Details of Hatch’s funeral will be released in the coming days.

More details of the death of Orinn Hatch will be updated when they become available.