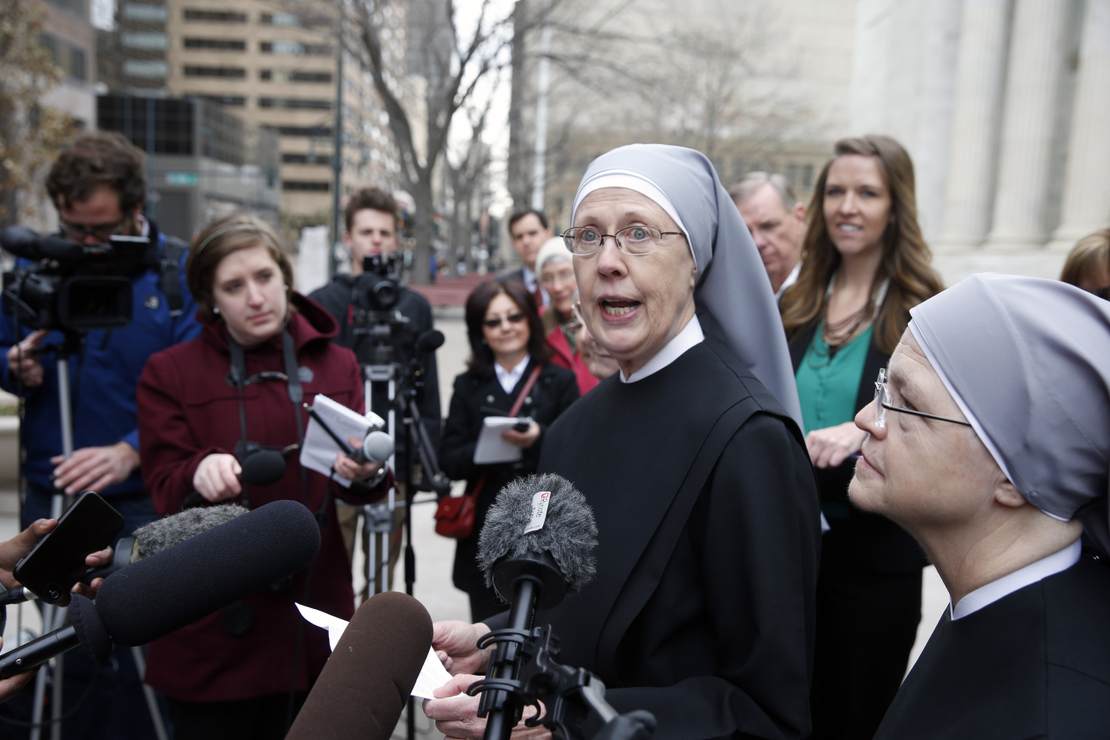 The Biden administration announced on Tuesday that it would work to rescind the Trump-era “conscience rule” that would have allowed medical workers to refuse to provide services that conflicted with their religious beliefs.

The rule never went into effect because of the numerous court challenges from the left. But the rule served as a statement of intent that the sacred American freedom of conscience was still viable in the 21st century.

There is nothing more fundamental to the very concepts of freedom and dignity than that citizens be allowed to follow the dictates of their conscience, especially if that conscience is informed by their closely-held religious beliefs.

The idea that a doctor, a nurse, or any healthcare worker can be compelled to perform an abortion or any other medical procedure that conflicts with their own personal, moral compass spits in the face of those who first came to America looking to practice their religion without being forced to conform to any religious precept that violated their conscience.

This is a rule that strikes a decided blow for tyranny by making us slaves to someone else’s idea of morality.

The so-called conscience rule, unveiled in 2018 and finalized in 2019, was blocked by federal courts after dozens of states, cities and advocacy groups sued, and has never been implemented.

Had it gone forward, it would have allowed doctors, nurses, medical students, pharmacists and other health workers to refuse to provide abortions, contraception, gender affirming care, HIV and STD services, vasectomies or any procedure to which they object.

Most of that is nonsense. The idea that a doctor or nurse in 2022 would refuse to treat an HIV-positive patient or someone suffering from syphilis is absurd. It’s a left-winger’s dystopian view of the world — The Handmaid’s Tale on steroids.

But the biggest fear now is that this is just the beginning for the Biden administration taking freedom of conscience out of the governing process.

Rescinding the rule is seen by progressive advocates as a key part of dismantling the Trump administration’s legacy on reproductive rights, which Democrats promised to do once they took control of Washington. Last year, Biden moved to undo anti-abortion restrictions on the Title X family planning program and foreign aid, and many groups have pushed for the “conscience” rule to be next.

“There is so much to unravel,” said Leila Abolfazli, the director of federal reproductive rights at the National Women’s Law Center, which sued the Trump administration over the rule in 2019. “I’m encouraged that they have been working through all these pieces.

Biden, a Roman Catholic who keeps insisting he’s a good practicing Catholic, is not following Catholic dogma when it comes to abortion. And he’s not being a very good American by tossing out the “freedom of conscience” inherent in the Constitution.

“We look forward to seeing the proposed rule’s text to ensure that the federal government safeguards patients’ need for high-quality health care,” said Audrey Sandusky, the spokesperson for the National Family Planning and Reproductive Health Association. Still, she added, “This action will go a long way toward strengthening patient access to high-quality health care and protecting the integrity of key HHS programs, including the Title X family planning program.”

It’s not like every single doctor or nurse would refuse to treat transgenders or perform abortions. That’s absurd. What the left wants is for every doctor, every nurse, and every healthcare worker to bend the knee and obey regardless of his or her individual moral stance.

I would call that tyranny. And any president who seeks to impugn the conscience of individual Americans I call a tyrant.