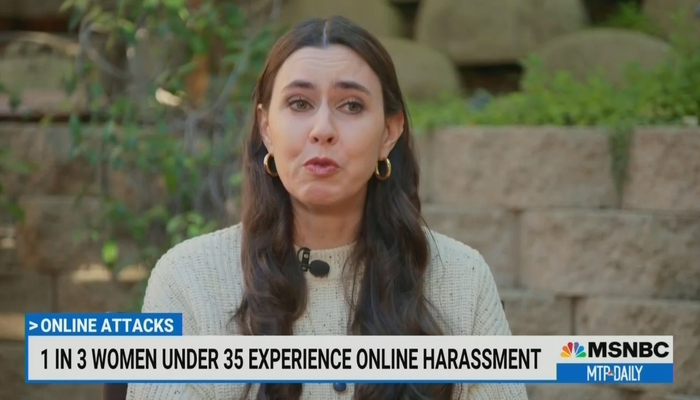 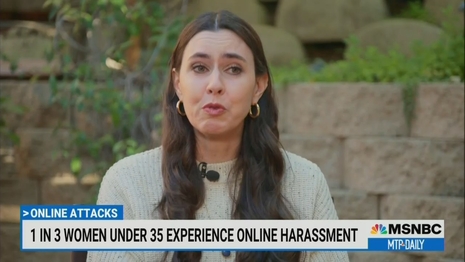 In a stunning act of hypocrisy, Washington Post columnist and technology reporter Taylor Lorenz who weeks ago cried on national television that people were harassing and threatening her online, reached out to Governor Ron DeSantis’s press secretary Christina Pushaw to help her expose the person behind the popular Twitter account “Libs of TikTok.”

The Bezos Post’s internet hall monitor is so excited to “expose” @libsoftiktok. Here is my comment: 🤡 pic.twitter.com/SodXls9NV7

Amongst the predictable uproar on social media, The Babylonbee’s social media manager posted from her Twitter account @Morganisawizard to reveal she has confirmation that not only has she reached out to Pushaw, but Lorenz also knocked on the door of a relative of the woman who runs Libs of TikTok, and has been calling numerous family members.

it gets so much worse.

i have confirmation from @libsoftiktok that @taylorlorenz knocked on her relative’s door today in addition to calling her family members.

this woman doxxes and harasses people constantly, but god forbid you send her a mean tweet. https://t.co/mMWgU3d5dK pic.twitter.com/wtD9zbzEVf

There was speculation about what Pushaw said in her response to Lorenz, with the popular Twitter account @Beyondreasdoubt posting what she should say, but Pushaw didn’t post her response.

NewsBusters reached out to Pushaw to get her statement to Lorenz, and she sent us this screenshot (see below): 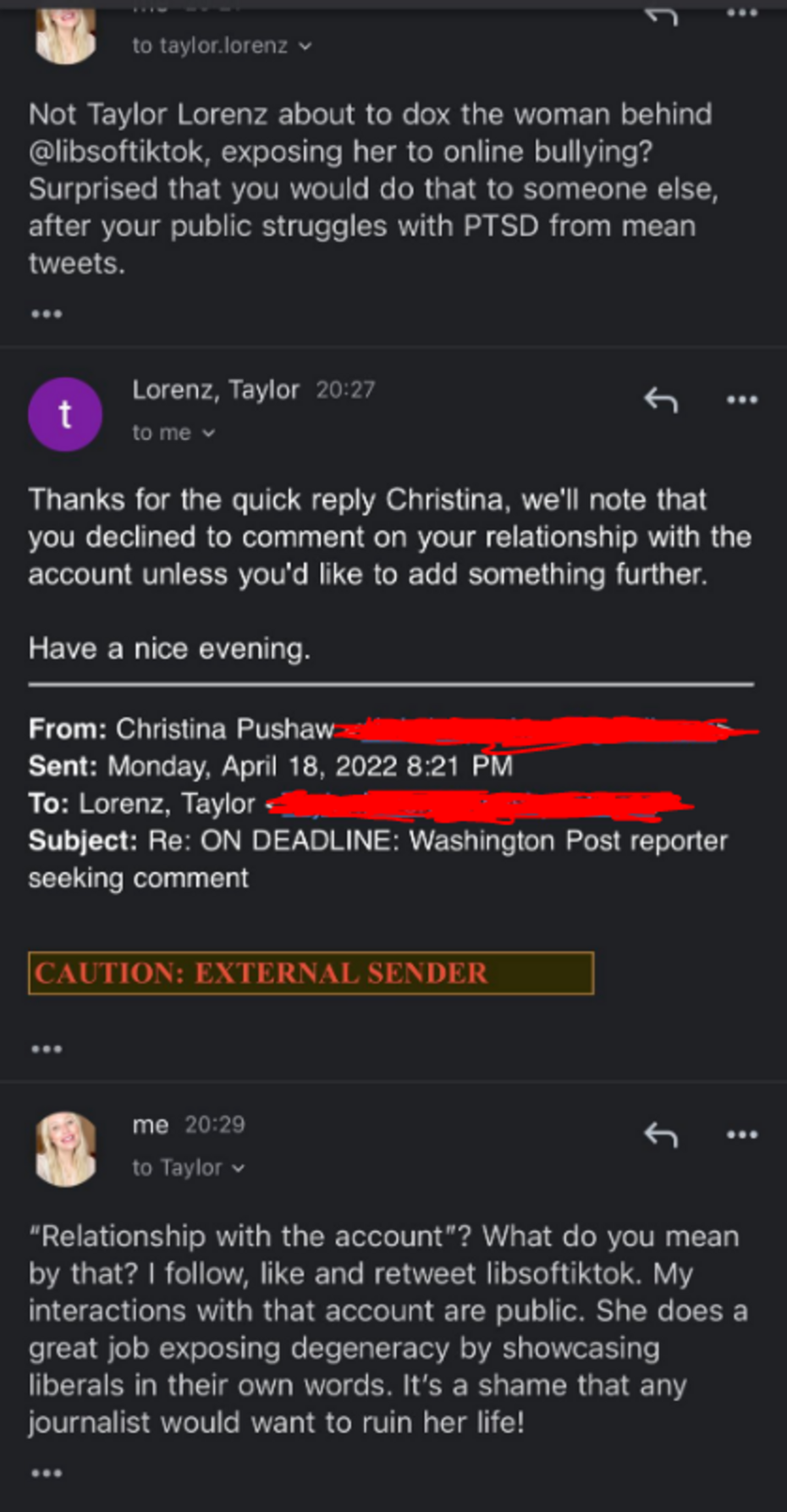 Nonbinary teacher complains about people failing to use they/them pronouns in emails: ‘I got really, really tired of people using the wrong pronouns’
Pro-abortion women threaten sex strike over Roe v. Wade reversal, pro-life Americans point out major flaw in liberals’ abortion ultimatum: ‘Your terms are acceptable’
MSNBC Guest: Calm Down About Inflation, It’s Not As Bad As You Think
Psst…Americans Actually Agree With the Principles of the Dobbs Decision
Lone Gunman Suspected Of Islamic Extremist Terrorism After Allegedly Killing Two At Oslo Gay Bar