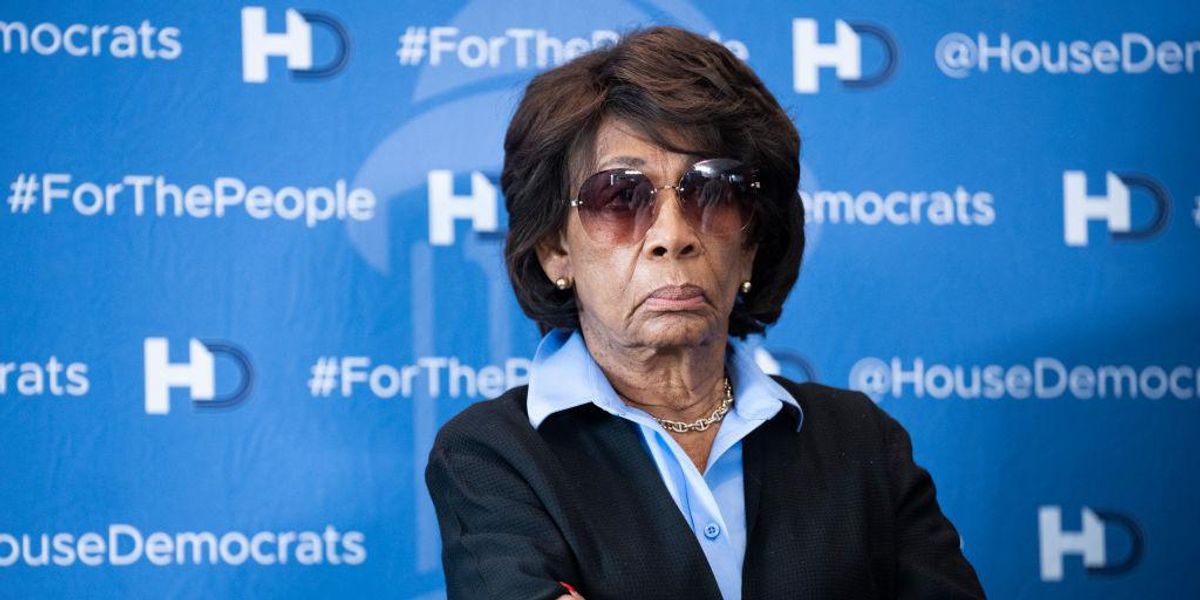 Ivey, who is currently seeking re-election, issued a campaign ad in which she said that if President Joe Biden continues sending “illegal immigrants into our states” everyone will need to “learn Spanish.”

“My message to Biden: No way Jose,” Ivey declares in the ad.

My message to Biden: no way, Josu00e9.pic.twitter.com/DYEPuDq3P8

During an appearance on MSNBC, Waters slammed the Alabama governor.

“This is plain racist ignorance in your face,” the congresswoman declared. “We don’t have time to deal with that kind of stupidity and that kind of ignorance.”

Ivey responded: “There’s nothing racist with telling the truth about the disaster Joe Biden is causing with illegals invading our country. I’m not going to be lectured by a liberal Congresswoman from California. We’ll handle our business in Alabama.”

Thereu2019s nothing racist with telling the truth about the disaster Joe Biden is causing with illegals invading our country. Iu2019m not going to be lectured by a liberal Congresswoman from California. Weu2019ll handle our business in Alabama.https://www.breitbart.com/politics/2022/04/18/exclusive-al-gov-ivey-to-maxine-waters-im-not-going-to-be-lectured-by-a-liberal-congresswoman-from-california/u00a0u2026

The U.S. continues to face an ongoing massive influx of migrants along its southern border, a situation that many expect to worsen once the termination of a Title 42 order is implemented next month.

“In total, there were 221,303 encounters along the southwest land border in March, a 33 percent increase compared to February,” according to U.S. Customs and Border Protection. “Of those, 28 percent involved individuals who had at least one prior encounter in the previous 12 months, compared to an average one-year re-encounter rate of 14 percent for FY2014-2019.”

Inadequate border security also leaves the nation vulnerable to the possibility of terrorists sneaking into the country.

Last year, the Border Patrol nabbed multiple individuals named on the terror watchlist, Fox News reported, citing CBP data it obtained via a Freedom of Information Act request. The outlet reported that between Jan. 20 and Dec. 27 of last year, authorities had 23 encounters with people who had names that matched with the Terrorist Screening Database.

“Before the 9/11 attacks, there were several different terrorism watchlists, making it difficult to share information,” according to the FBI. “The [Terrorist Screening Center] consolidated that into one federal terrorism watchlist. This watchlist has information on people reasonably suspected to be involved in terrorism (or related activities).”

AOC says that the predominance of men in Congress explains ‘why our politics are so gross towards women & LGBT+ people overall’
Eddie Glaude Jr. On ‘Morning Joe’: Trumpist Republican Party Should ‘Literally Be Burned To The Ground’
Hackers can bring ships and planes to a grinding halt. And it could become much more common
This Is Your Future Under the “Liberal World Order” — Gas and Food Prices Soar Under Joe Biden and The Regime Admits It’s on Purpose
Video: Pro-abortion protesters try to storm Arizona state Capitol, lawmakers ‘held hostage.’ Kari Lake calls the event a ‘real insurrection.’