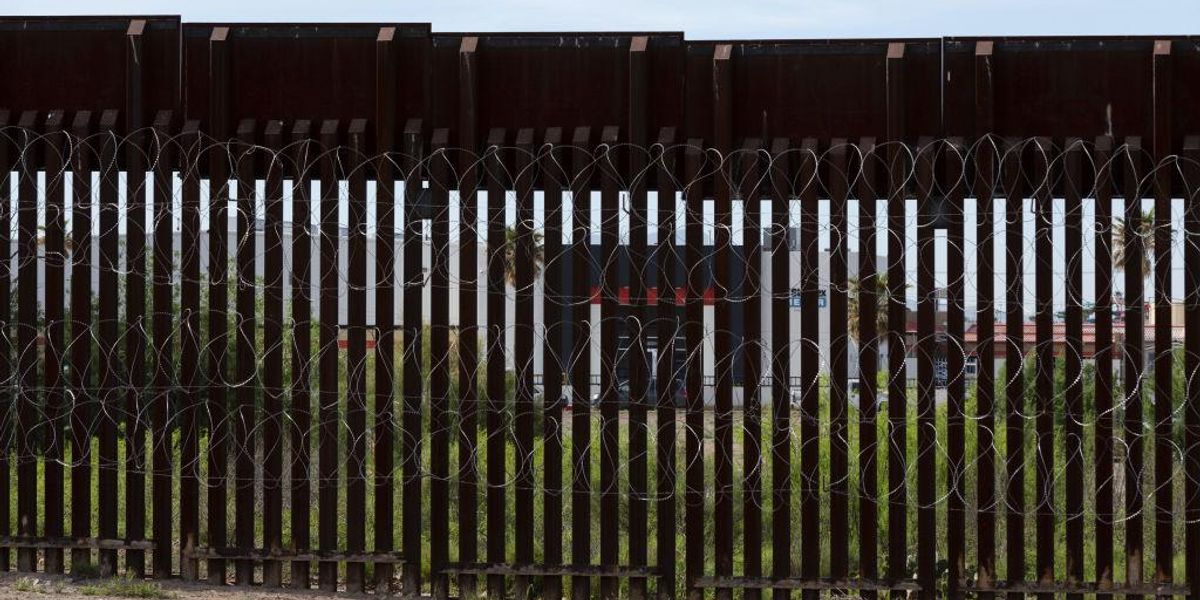 Authorities are investigating the death of a migrant woman found hanging from the wall along the U.S.-Mexico border in Douglas, Arizona.

The deceased 32-year-old Mexican woman was discovered by Mexican authorities, who contacted U.S. officials and reported that a female was ensnared on the border fence, the Cochise County Sheriff’s Office said last week.

U.S. Border Patrol agents and Sheriff’s Deputies responded to the incident at around 11 p.m. on Aprill 11, the sheriff’s office said. They discovered the body of the woman who had reportedly climbed onto the top of the border wall attempted to descend on the U.S. side using a harness “similar to [one used for] rappelling.” It appeared that her foot or leg became entangled and she was trapped upside down for “a significant amount of time,” authorities said.

Police said the woman was transported to a local hospital where she was pronounced dead. An autopsy performed by the medical examiner’s office in Pima County determined she had died of traumatic asphyxia, the Washington Post reported.

A backpack, socks, and a metal ladder were also discovered near the woman’s body, according to the Post.

U.S. officials contacted the Mexican consulate’s office about the incident and the Cochise County Sheriff’s Office is leading the investigation into her death.

“These types of incidents are not political, they are humanitarian realities that someone has lost a loved one in a senseless tragedy,” Sheriff Mark Dannels said in a statement. “We have to do better in finding solutions to the challenges facing our border, and we have to do it for the right reasons. Regardless of opinions, it is the facts that should direct our progress and we will keep working towards a shared goal of border safety and security.”

Ricardo Pineda, an official in charge of the Mexican consulate in Douglass, told the Post that the section of border wall the woman attempted to cross over was built during the Trump administration. The wall is made of tall, vertical steel posts placed inches apart.

Pineda said it was unlikely the woman crossed alone and suggested she was aided by hired smugglers, called coyotes, or potentially human traffickers.

“It’s very difficult for one person to carry a metal ladder, to place it” along the wall, Peneda said. “Generally, that’s not done by a person who does not know the terrain.”

“This is a deplorable event, because people without scruples put the lives of our nationals in danger and destroy families,” he added.

According to U.S. Customs and Border Protection, there were 221,303 encounters with illegal immigrants along the border in March, a 33% increase over the previous month.

At least 650 people died attempting to cross the U.S.-Mexico border in 2021, according to the U.N.’s International Organization for Migration.