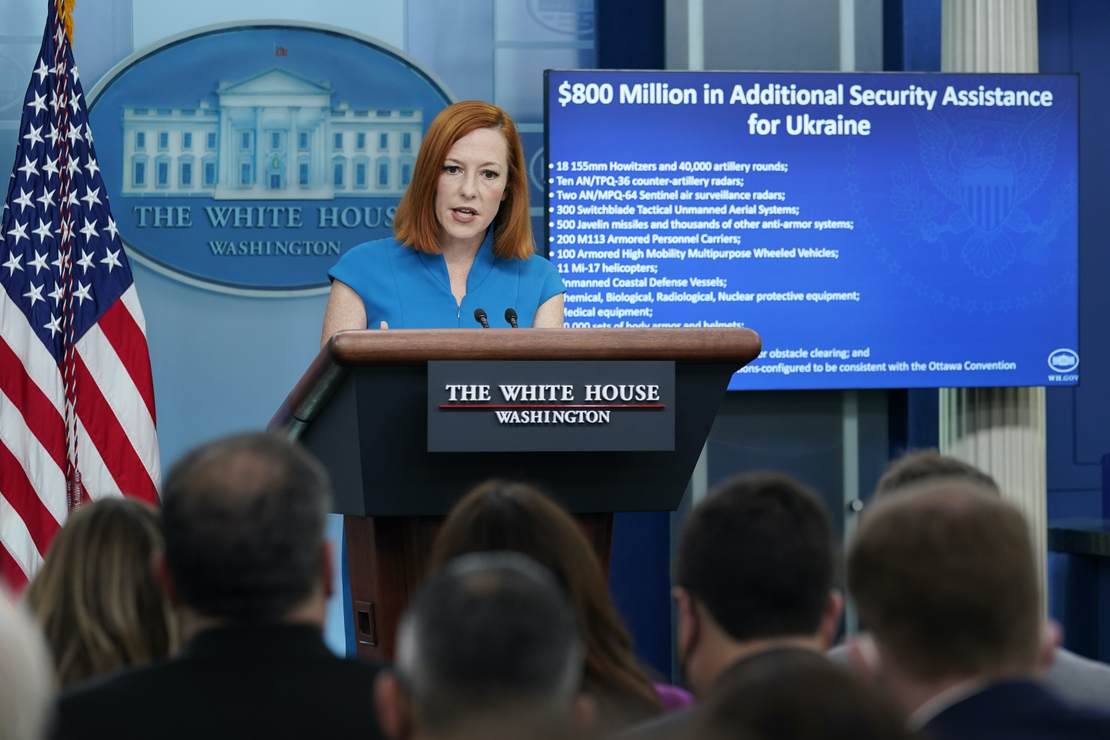 Outgoing White House Press Secretary Jen Psaki is most likely looking forward to leaving her high-profile gig in the Biden administration. She’s constantly humiliated by Fox News White House Correspondent Peter Doocy, who dares to ask her hard questions that she should have answers for. You have to wonder whether the White House is actually looking forward to having someone more competent than Psaki as its chief propagandist.

Without a doubt, being the mouthpiece of the Biden White House is a difficult job. She’s clearly been under a lot of pressure to constantly come up with explanations for Biden’s gaffes, mental lapses, bad policy decisions, etc. That’s probably why Psaki was already planning an exit strategy within months of starting the job.

The fact is that Psaki is one of the worst, if not the worst White House press secretary in recent memory. In fact, her inability to answer questions during her first weeks on the job earned her the nickname “Circle Back Girl.” Who can forget the hilarious clips of her being caught unprepared and promising to “circle back” to those questions at a later time? It was embarrassing. The hard questions from Doocy have never stopped, nor have Psaki’s humiliations, which explains why she’s bailing for MSNBC; she won’t get any hard questions there.

Because Doocy has the audacity to do the job everyone in the media should be doing, Psaki suggested that he was a “stupid son of a bitch” during a recent appearance on the far-left podcast “Pod Save America.”

At the time, Biden claimed that more inflation was “a great asset,” yet from the podcast hosts’ perspective, Doocy is the stupid one.

Psaki didn’t have to circle back to that question. Instead, she replied (after a long pause) that “He works for a network that provides people with questions that — nothing personal to any individual, including Peter Doocy — but might make anyone sound like a stupid son of a bitch.”

Is that right, Jen?

This would be a good time to point out that last year, several sources told the Daily Beast that the White House communications team wanted to know what questions the White House press corps planned to ask in advance. Perhaps Psaki is the last person to be accusing any network of feeding questions to a reporter.

One person who was not amused by Psaki’s remarks was former Fox News host Megyn Kelly, who blasted Psaki while interviewing Buck Sexton.

“And she basically says, oh, he works for a network that feeds its questions to people in a way that would make anybody sound like a jerk,” Kelly mused. “And I’m thinking to myself, number one, I’ve worked at Fox News and they actually, unlike NBC News, they don’t feed the anchor the questions. … At Fox News, nobody ever wrote a question for me ever.”

“Not in a presidential debate, not on a big night, not on my nightly show, and I guarantee you nobody’s writing Peter Doocy’s questions for him,” Kelly asserted.

Kelly said that Psaki decided to “take a shot” at Doocy because “he’s the only one willing to ask her tough questions.”

I suspect he’ll have a few tough questions for her at the next White House press briefing.

AOC says that the predominance of men in Congress explains ‘why our politics are so gross towards women & LGBT+ people overall’
Grand Canyon Reports 118 Cases of Gastrointestinal Illness that Closely Resembles with Highly Contagious ‘Norovirus’
Justices’ Home Addresses Blasted on Social Media With Zero Consequences
Respect the Constitution, Not Precedent
Biden Made a Big Mistake by Not Waiting to Nominate Breyer’s Successor