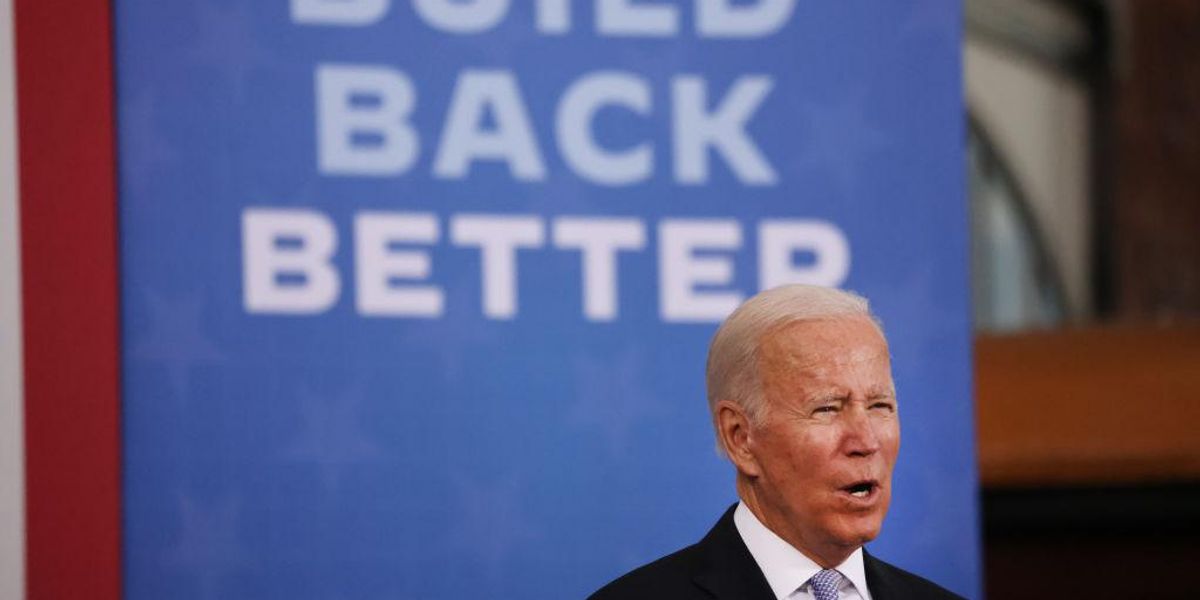 John Anzalone served as chief pollster for Joe Biden during the 2020 presidential campaign, as well as for the presidential campaigns of Barack Obama and Hillary Clinton. Anzalone has done polling for numerous other Democrats, such as North Carolina Gov. Roy Cooper, Michigan Gov. Gretchen Whitmer, and Sen. Kyrsten Sinema from Arizona. However, Anzalone was critical of Democrats in a recent podcast, where he voiced his fears that Democrats could get wiped out in the 2022 midterm elections.

In the recent episode of Politico’s “Playbook Deep Dive” that was released on Friday, Anzalone warned that Americans are “pissed.” The political strategist is extremely concerned that Democrats could get obliterated in the midterms – where they’ll need to “compete” just to not get their “a**es kicked.”

Host Ryan Lizza asked Anzalone, “Let’s just start off with how bad are things for Democrats this year and what can they do about it?”

Anzalone noted that American voters are always asking politicians, “What have you done for me lately?” He adds, “And they don’t feel Democrats can get their s**t together and get things done.”

“No one’s going to sit there as a Democratic consultant and try to bulls**t you that this is anything but a really sour environment for Democrats,” Anzalone admitted. “So we better look at the strategic ways that we can compete, right? Just compete to not get our asses kicked.”

“Most Americans are pissed at the fact that they pay their fair share in taxes as middle-class people,” the top Biden pollster expressed. “They work hard. They want to see the benefits of the economy.”

He said that workers are getting pay increases; however, he acknowledged that the record inflation is “eating it up.”

Anzalone asserted that voters are also “pissed” about “big companies not paying any taxes.” He then commended President Biden’s proposed tax hike on Americans making more than $400,000.

As a solution for Democrats to try to not get totally destroyed in the midterm elections, Anzalone proposed that Democrats should focus on doing something about health insurance costs, prescription drug costs, elderly care, and childcare. He speculates that if Democrats can show that they’re helping working families that it will enable them to contend with several issues that are dragging down President Joe Biden and the Democratic Party – such as inflation, the invasion of Ukraine by Russia, the border crisis, and the disastrous Afghanistan withdrawal.

Anzalone recommended that Democrats push a pro-union approach in areas that have a “union culture.”

He said that the party needs to do better with male voters of all races, as well as college-educated men. The pollster said he is deeply concerned about male Latinos leaving the Democratic Party to vote for Republicans.

He advised Democrats to stop talking to Latinos about immigration, and to focus their message on the economy, inflation, healthcare, or schools. Anzalone suggested that Dems zero in on “things like housing and crime” when trying to woo Latino and black voters.

MSNBC opinion columnist Michael Cohen is also warning Democrats that they are facing a “bloodbath” in the midterm elections.

Cohen felt there was little the Democrats could do to prevent a demoralizing defeat in November.

“Rather than fight the prevailing political winds, Democrats would be better off acknowledging the reality that the midterm elections are going to be a bloodbath and focus instead on accomplishing as much as possible before then — the politics be damned,” Cohen advocated. “With the political situation looking increasingly bleak, Democrats have only one real option: pass their agenda.”

You can listen to the entire “Playbook Deep Dive” episode with John Anzalone below.