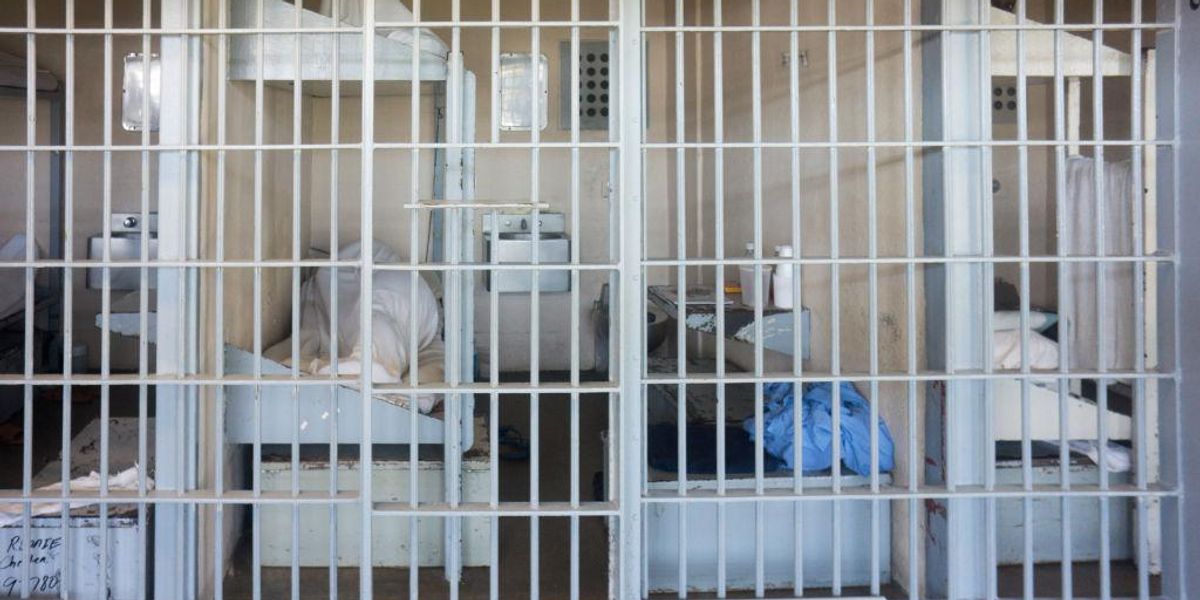 Two female inmates at a women’s prison in New Jersey became pregnant after having sex with a transgender inmate, according to a report from the state’s Department of Corrections.

The pregnant women – who were not identified – are housed at the Edna Mahan Correctional Facility for Women in Clinton. The prison has been plagued by a history of sexual assault and abuse scandals.

“While DOC cannot comment on any specific disciplinary or housing decisions that may be considered in light of these events, the Department always reserves all options to ensure the health and safety of the individuals in its custody,” Sperrazza told the Daily Mail.

The DOC did not specify if the women had sex with the same transgender inmate or two different inmates. An investigation by the state has been initiated.

Edna Mahan – which opened as the State Reformatory for Women in 1913 – houses 27 inmates who identify as transgender and more than 800 women.

New Jersey policy allows inmates to identify by their gender rather than by their birth sex. The state does not require trans women to undergo gender-reassignment surgery in order to be held in the all-female facility. Pat-down searches or strip searches of transgender women may not be conducted by male guards.

On Tuesday, ACLU legal director Jeanne LoCicero defended the policy of allowing transgender inmates in a women’s prison, saying it protects the rights of transgender prisoners.

“[It’s] in line with New Jersey’s strong anti-discrimination laws that prevent discrimination and harassment on the basis of gender identity,” LoCicero told NJ.com.

The union representing the correctional officers at the prison opposes the policy of having biological men housed at the facility for females.

“We opposed this policy change believing it would be detrimental to the general population of female inmates being housed at Edna Mahan and also bring added stress to our correctional police officers assigned to this institution,” the union’s president told NJ.com.

Last year, two female prisoners at the facility filed a lawsuit claiming they were harassed by transgender inmates. They also alleged that trans inmates were having sex with female prisoners.

Shortly before midnight on Jan. 11, 2021, correctional officers executed a “cell extraction” and reportedly “used excessive force, resulting in serious physical injuries to multiple inmates.” One inmate alleged a sexually assault by an officer during the cell extraction.

Correctional officers reportedly punched and kicked a transgender woman during the cell extraction, according to a lawsuit filed in state Superior Court. The transgender inmate also claimed that guards beat her so severely a month later that she had to be hospitalized.

Approximately 30 correctional officers and supervisors at the Edna Mahan Correctional Facility for Women were put on administrative leave, and a criminal investigation was launched.

In April 2020, the U.S. Department of Justice released a report accusing the prison staff of failing to stop rampant sexual abuse.

WNBC reported, “Five guards and one civilian worker at the prison pleaded guilty or were convicted of sexually abusing more than 10 women from 2016 to 2019.”

China Is More Dependent on U.S. And Our Technology Than You Think
Last year the Biden admin touted a paltry $0.16 decline in July 4 cookout costs — this year the average cost is up more than $10
The Contempt of the World
How Mississippi Led Way to Overturn Roe, Attorney General Lynn Fitch Explains
Horse heiress, 45, charged with aggravated sexual intercourse for allegedly having sex with 14-year-old boy four times in one day