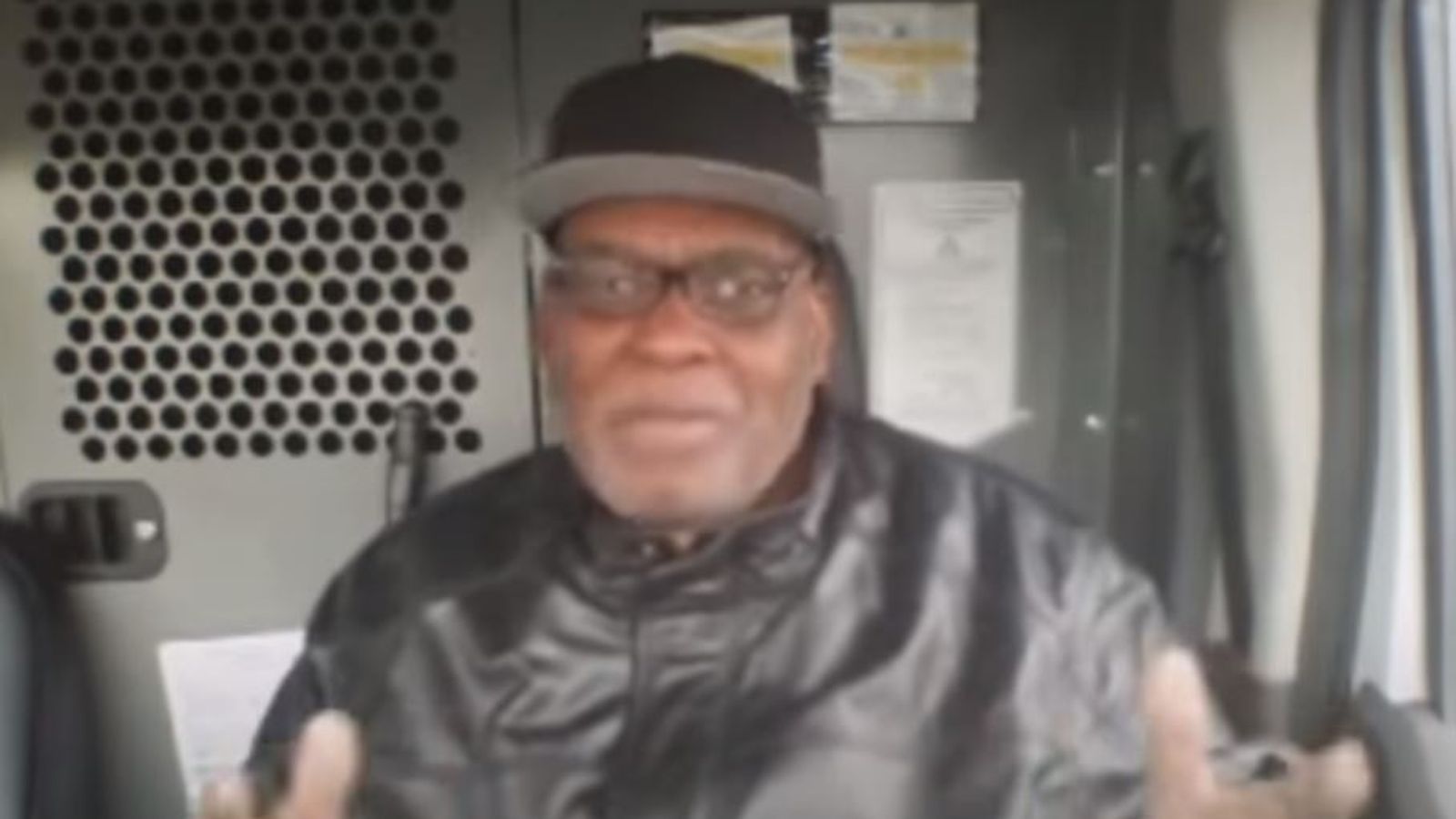 There are two immediate reasons why Frank R James has been named as a “person of interest” by police investigating the subway shootings in New York.

Firstly, the key from a U-Haul van he rented in Philadelphia was found at the scene.

And secondly, the 62-year-old mentioned New York City Mayor Eric Adams and the city’s subway system in videos on YouTube, leading to a tightening of the mayor’s security.

A gunman shot 10 people in Manhattan on Tuesday, while a further 13 people were injured in the aftermath of the attack.

NYPD Chief of Detectives James Essig has said it remains unclear whether Mr James has any link to the subway attack.

In a series of rambling online uploads, Mr James alludes to his “life of crime” and makes offensive remarks about gay and Hispanic people.

In one video, posted on a channel called Prophet of Truth 88 on 1 March, Mr James replays a series of TV news reports about violent crime on the New York’s underground railway system.

It includes footage of a man assaulting a woman with a hammer before stealing her purse. A 57-year-old homeless suspect was later arrested.

A reporter mentions the “general presence of homeless men and women hanging out and sometimes living underground”.

Mr James then mentions a series of people he says were “supposed to be helping me” but who, he alleges, “made me worse”.

He was in a couple of “programmes”, he says, adding: “They made me more dangerous – than anybody could f***ing imagine!”

The individuals he mentions are those “Eric Adams wants to send out to help the homeless”, Mr James says, adding: “It ain’t gonna happen.”

He also mentions a homeless shelter where he claims you are only welcome if you are gay.

“I told you about New York and it’s only going to get worse,” he comments.

He alleges that Mr Adams cannot tackle crime effectively on the subway. “(His measures) may slow it down but he ain’t stopping (it),” he says into the camera.

Mr James also references his “life of crime back in the 90s” when he was “on welfare”.

New York Governor Kathy Hochul has pledged to give the “full resources of our state to fight this surge of crime, this insanity that is feeding our city”.

In a later video, posted on 8 April, Mr James claims the American “system” is a “rigged game” that can be “manipulated by outside forces and sources”.

And he alleges the “white majority” want to do something they have had “at the back of their mind” which is “get rid of us (black people)”.

He adds: “Because that’s what they do.”