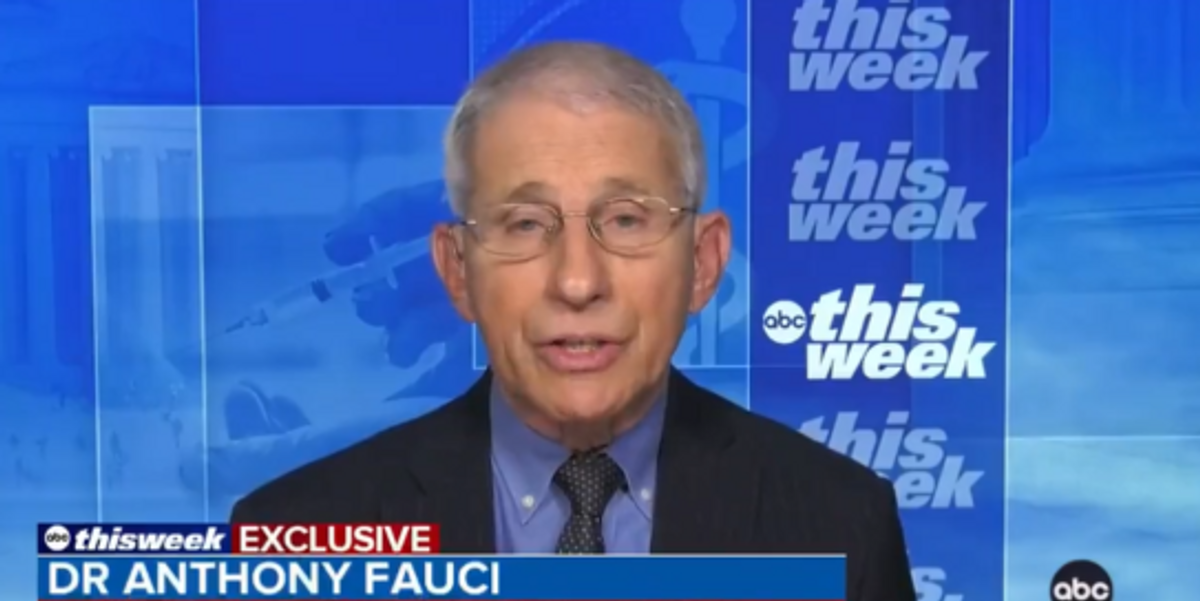 Dr. Anthony Fauci had a very different message for Americans on Sunday – one they likely haven’t heard from the White House chief medical adviser. Fauci conceded that Americans should assess their own personal risk levels for potentially being infected by COVID-19 because the virus is not going to be eradicated.

Fauci noted that people should consider their age and if they live with vulnerable people.

“We’re going to have to live with some degree of virus in the community,” Fauci explained to co-anchor Jonathan Karl, then added that the best way to mitigate that is “to get vaccinated” and “to get boosted if you’re eligible to be boosted.” He recommended that Americans “50 and older, and individuals with underlying conditions, get that fourth boost.”

Fauci said he hoped that “Congress comes through and gives us the resources so that as we get into what might be another surge that we’re prepared with the – all of the tools that we need to address it.”

“I think it gets back to what we were discussing just a moment ago, Jon. It’s going to be a person’s decision about the individual risk they’re going to take,” Fauci replied. “I think the people who run functions, who run big dinners, who run functions like the White House Correspondents’ ball, or thinking back, the Gridiron Dinner, are going to have to make a determination looking at the CDC guidelines and seeing where the trends are.”

“We don’t want to pooh-pooh getting infected. I think people sometimes say, ‘Well, it’s okay to get infected.’ No, it’s not, because there are things like long COVID and there are sometimes people even though they don’t require hospitalization, Jon, they get significantly ill,” said the director of the National Institute of Allergy and Infectious Diseases.

Fauci added, “Again, each individual will have to take their own determination of risk.”

Fauci said he wasn’t very concerned about President Joe Biden being infected with COVID-19 because of strong protocols, including the president being vaccinated and being double-boosted with his fourth shot of an mRNA.