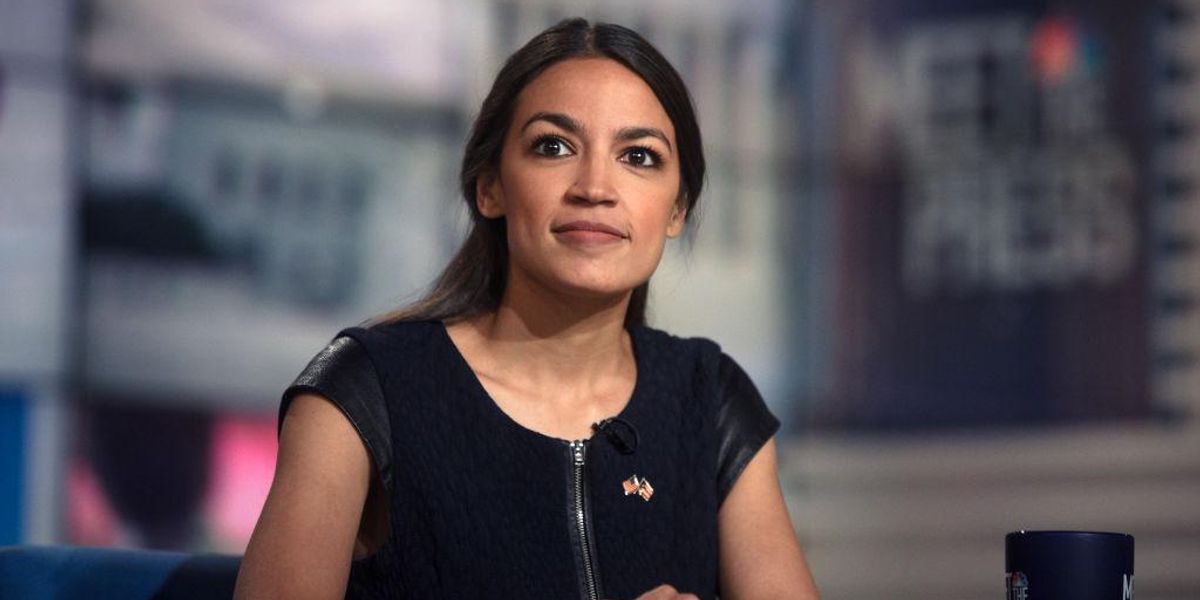 Democratic Rep. Alexandria Ocasio-Cortez of New York has indicated that Republicans are attempting “to police who is a woman and who isn’t.”

“How is it that the party who believes corporations are people are suddenly trying to police who is a woman and who isn’t? These are the same people who think Arby’s is a legal human being. I don’t see them assigning genders to their shady little LLCs. Give me a break,” the progressive lawmaker tweeted on Friday.

In response to the congresswoman’s post, Justin Haskins of the Heartland Institute fired back: “You sound like a fool. No one argues corporations are people. The point is that they are owned by people and those people have rights too. You may not believe that, but at least be honest and thoughtful.”

You sound like a fool. No one argues corporations are people. The point is that they are owned by people and those people have rights too. You may not believe that, but at least be honest and thoughtful.

“This is an incomprehensibly stupid tweet,” Liz Wolfe of Reason tweeted in response to the lawmaker’s comments.

While conservatives recognize the scientific realities regarding the distinctions between the male and female sexes, liberals have been waging a campaign to foist the dogmas of radical gender ideology upon society.

The issue of who really can be defined as a woman, and who cannot, has critical ramifications for society at large.

In some cases, red states have been enacting legislation to push back against the reality-defying gender-bending movement.

On Friday, Alabama Gov. Kay Ivey, a Republican, signed two such pieces of legislation, including one that makes it a felony to prescribe or administer puberty blockers or gender transition hormones to individuals younger than 19 — the bill also makes it a felony to perform gender reassignment surgeries on people in that age range.

“There are very real challenges facing our young people, especially with today’s societal pressures and modern culture,” Ivey said in a statement. “I believe very strongly that if the Good Lord made you a boy, you are a boy, and if he made you a girl, you are a girl. We should especially protect our children from these radical, life-altering drugs and surgeries when they are at such a vulnerable stage in life. Instead, let us all focus on helping them to properly develop into the adults God intended them to be.”