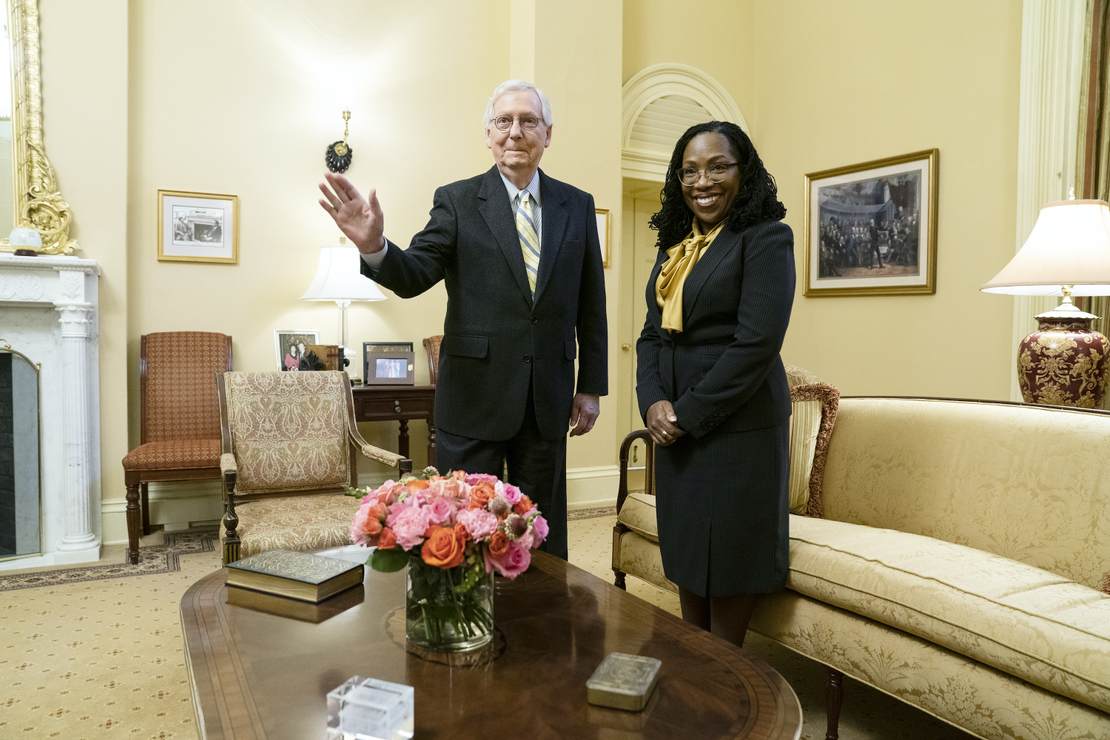 Judge Ketanji Brown Jackson was always likely to be confirmed. All she needed was for Democrats to be unified to ensure that she had 50 votes and force Kamala Harris to break the tie.

Of course, there was always the possibility that a few Republicans would break ranks and support her. Sens. Susan Collins (R-Maine), Lisa Murkowski (R-Alaska), and Mitt Romney (R-Utah) were always seen as potential votes for whomever Biden’s nominee would be, and sure enough, they were.

Supreme Court confirmation battles have become bitterly partisan affairs, and so most senators on either side of the aisle are likely to automatically oppose the president’s nominee if the president is from the opposite party. There are swayable votes on either side too, and Jackson could very well have gotten more than three Republican votes had she not had such a troubling record.

At one point, it seemed that Sen. Mitch McConnell (R-Ky.) might vote for her, and he said prior to the hearings that he was undecided. “The Committee will ask her all the tough questions. I haven’t made a final decision as to how I’m going to vote,” McConnell said on CBS’s Face the Nation. “It will be a respectful deep dive into her record, which I think is entirely appropriate for a lifetime appointment.”

McConnell ultimately decided against voting for her confirmation, declaring that “after studying the nominee’s record and watching her performance … I cannot and will not support Judge Jackson for a lifetime appointment to the Supreme Court.”

According to Sen. Ted Cruz (R-Texas), there were other Senate Republicans who would have voted to confirm Ketanji Brown Jackson had it not been for her disturbing pattern of leniency in sentencing child sex offenders.

Cruz reported on the podcast that there were “vigorous conversations” about Jackson during Republican lunches and that there was a lot of interest in comparing her sentencing record to other judges. “I went back and did that research and the chart … I did in response to questions from fellow Republican senators,” he explained. “And I’m not surprised at the outcomes because I read the transcripts of [her] sentencing,” acknowledging that “her record was so extreme.”

While many on the left likely doubt that Jackson could have gotten more Republican votes, they’ve shown openness to supporting Democrat-nominated Supreme Court nominees in the recent past. Nine Republicans voted to confirm Sonia Sotomayor, and five voted for Elena Kagan.

That three so-called Republicans voted to confirm Jackson despite her record is disturbing, but perhaps the bigger issue here is how easily every single Democrat supported Jackson and so quickly dismissed her pattern of leniency for child sex offenders and even attacked Republicans for questioning her on this, which is reprehensible.