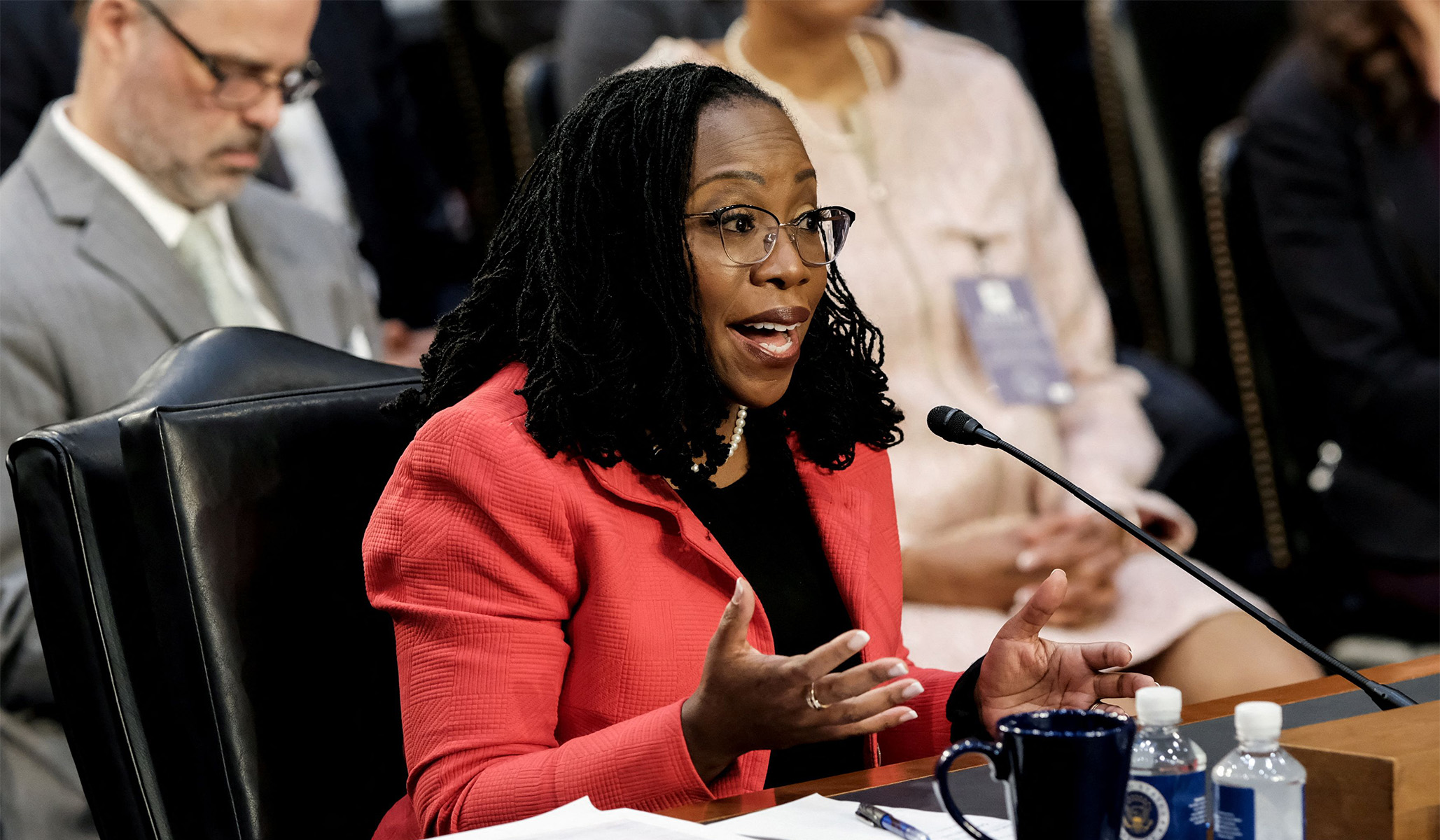 During the September 2005 hearing on John Roberts’ nomination to be chief justice, then-senator Joe Biden compared such gatherings to a “Kabuki dance,” with nominees bobbing, weaving, and trying not to disclose anything substantive. Last week, during her turn on that Judiciary Committee dance floor, President Biden’s Supreme Court nominee, Ketanji Brown Jackson, actually said quite a bit about the kind of justice she would be. The question this time, however, is whether we should believe her.

The issue was Jackson’s judicial philosophy, one of the most important components of a nominee’s qualifications for judicial service. The phrase “judicial philosophy” is a somewhat clunky label for Jackson’s understanding of what her job would be and how she should do it. It includes her view of the “judicial power” that the Constitution gives the judiciary and her method for exercising that power. Justice Clarence Thomas has defined the “judicial task” as “interpret[ing] and apply[ing] written law to the facts of particular cases.” The oath of judicial office requires judges to perform these tasks “impartially.” A nominee’s judicial philosophy, therefore, tells us what kind of justice he or she would be.

Last year, when Biden nominated Jackson to the U.S. Court of Appeals, she told the Senate Judiciary Committee that “I do not have a judicial philosophy per se.” All she would say was that she applies “the same method of thorough analysis to every case” and follows any “binding precedents.” That, however, is the minimum that we should expect from any judge. Once on the Supreme Court, Jackson will be setting precedents for other courts to follow; hence, the need to get a concrete picture of her judicial philosophy.

On Tuesday, Judiciary Committee chairman Richard Durbin (D., Ill.) opened the questions by asking about her judicial philosophy. This time, she had plenty to say. “I am acutely aware that, as a judge in our system, I have limited power, and I am trying in every case to stay in my lane.” Sounding very much like Thomas, Jackson explained that her focus is on the “interpretation and application of the law to the facts in the case.” This, she said, “is where I’m really observing the constraints on my judicial authority.”

Those constraints include ensuring that she has jurisdiction, “adherence to text,” and “focusing on the original public meaning because I’m constrained to interpret the text.” Interpretation requires “trying to figure out what those words mean as they were intended by the people who wrote them.” These, plus adherence to precedent, are “constraint[s] on judicial authority” and “come into play in terms of my judicial philosophy.”

During her exchange with Senator Charles Grassley (R., Iowa), Jackson rejected the idea “that there is a living Constitution in the sense that it’s changing and it’s infused with . . . the policy perspective of the day.” Later, in response to Senator Mike Lee (R-Utah), she said that “in order to interpret provisions of the Constitution, we look to the time of the founding and ascertain . . . the original public meaning.” Later, she reiterated the claim, telling Senator Ben Sasse (R., Neb.) that “I believe that the Constitution is fixed in its meaning. I believe that it is appropriate to look at the . . . original public meaning of the words . . . because again, that a limitation on my authority.”

In March 2017, Senator Amy Klobuchar (D., Minn.) criticized Supreme Court nominee Neil Gorsuch for believing that “the words and phrases of the Constitution should be interpreted according to their original public meaning or how the Founders and their contemporaries would have understood them.” She and 39 other current Democrats voted to both filibuster and oppose Gorsuch’s nomination.

What is the difference between what Jackson said last week about original public meaning being the basis of interpretation and what Gorsuch said that brought almost complete Democratic opposition? What’s the difference between Jackson saying last week that “the Constitution is fixed in its meaning” and Gorsuch’s writing in September 19 that “the Constitution’s original meaning is fixed”?  The answer comes from the very left-wing groups that today strongly back Jackson’s nomination. After Biden won the 2020 election, more than 70 of them issued a statement urging him to choose judicial nominees with a “demonstrated commitment” to furthering “the administration’s priorities.”

There you have it. Axioms such as “actions speak louder than words” or “talk is cheap” counsel that, even under oath, a judicial nominee’s carefully scripted statements may not be what they seem. The test is whether a nominee has a “demonstrated commitment” to the judicial philosophy they describe. After all, who in their right (or left) mind believes that Biden would nominate, and liberals would support, a Supreme Court nominee they thought would actually use what Jackson described last week as her judicial philosophy?

In addition to appropriate legal experience, a demonstrated commitment to the judicial philosophy prescribed by America’s Founders is a necessary qualification for service on the Supreme Court. Jackson doesn’t have it.