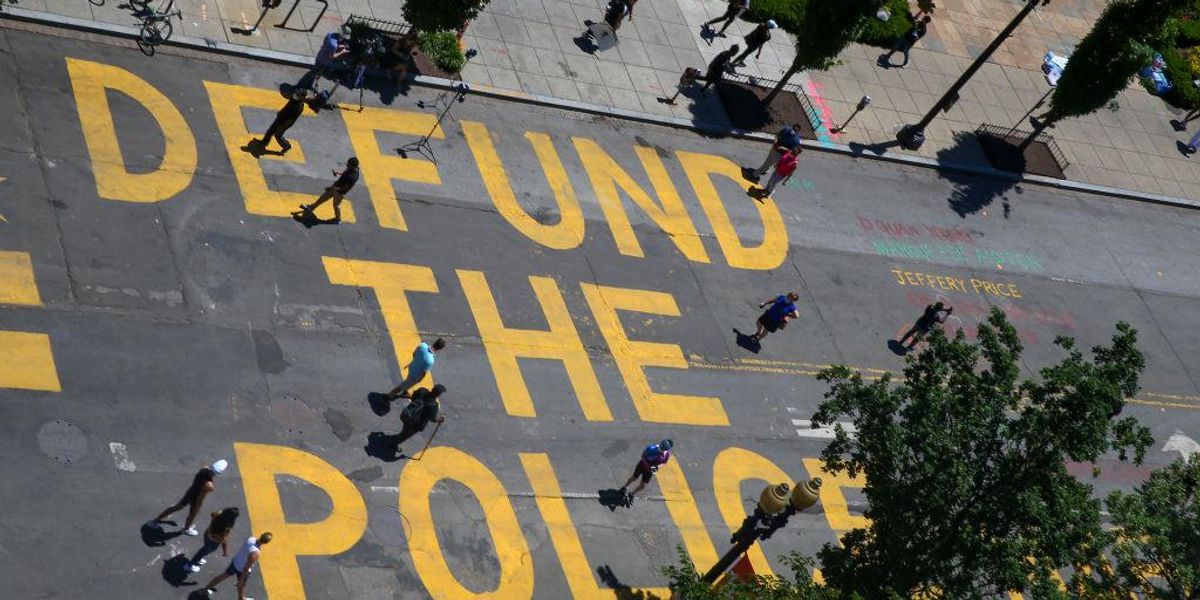 A recent NBC News poll of registered voters found that 73% would be less likely to vote for a candidate who espouses support for defunding the police, while just 17% would be more likely to support such a candidate.

Similarly, 75% would be more likely cast their ballots for a candidate who backs funding law enforcement and supplying them with the resources and training necessary so they can defend communities — just 11% would be less likely to support a candidate with that position.

The latest release from our new NBC News poll…nnWe tested 15 different candidate issues/qualities for the 2022 midterms.nnHere are the most popular issue/qualities and the least popular ones:pic.twitter.com/oBbKsCdz4z

Americas have been feeling extreme the pain at the pump as they get hammered by sky high gas prices. As of Wednesday, the AAA national average price is $4.236 for a gallon of regular gas.

The poll results signal that many Americans do not support the radical proposals being pushed by some leftists.

While some Democrats advocate for defunding the police, President Joe Biden signaled support for the opposite earlier this month during his State of the Union address. “We should all agree the answer is not to defund the police, it’s to fund the police,” Biden said.

Democratic Rep. Cori Bush of Missouri has been an outspoken advocate for defunding the police.

“Our policing system is built to enable white supremacy. It is not just a few bad apples, it’s a rotten tree. We need to transform public safety — and that starts with defunding the police and reinvesting in our communities,” Bush tweeted last year.

Our policing system is built to enable white supremacy. It is not just a few bad apples, itu2019s a rotten tree. nnWe need to transform public safety u2014 and that starts with defunding the police and reinvesting in our communities.https://twitter.com/Yamiche/status/1361871041233096704u00a0u2026