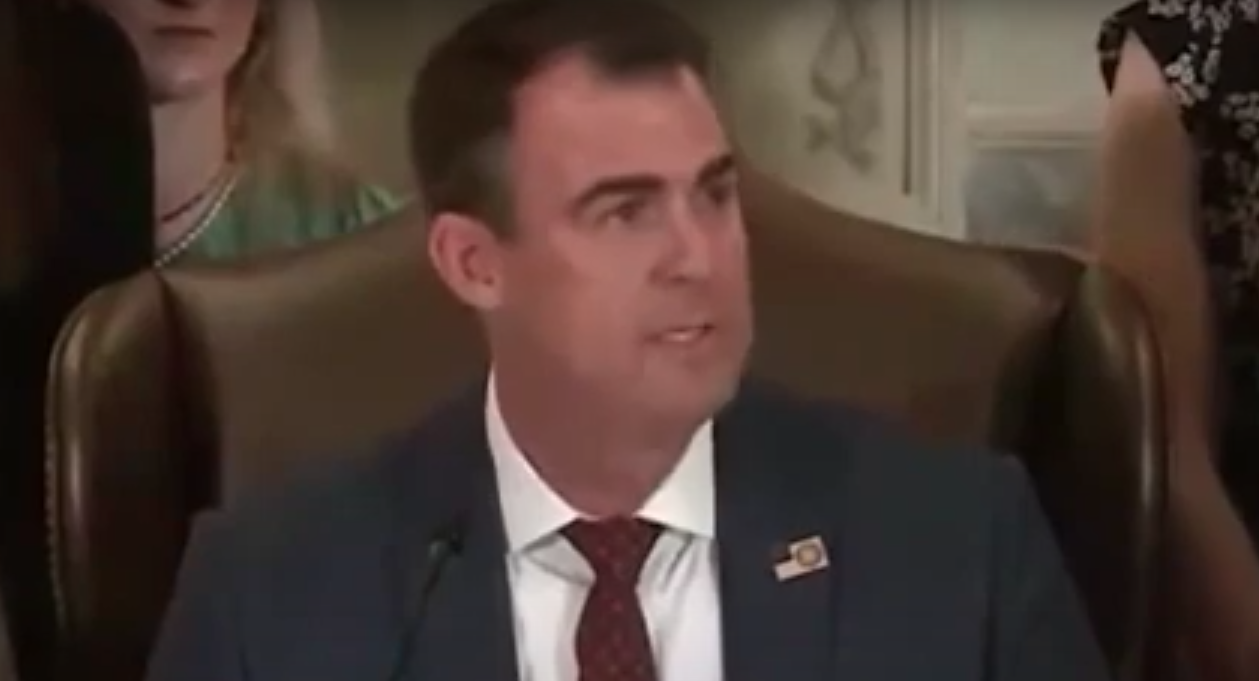 While we currently have to put up with the vomit-inducing reality that biological men like University of Pennsylvania swimmer Lia Thomas are competing in women’s sports at the national level, high school and college athletes in Oklahoma won’t have to worry about that anymore. 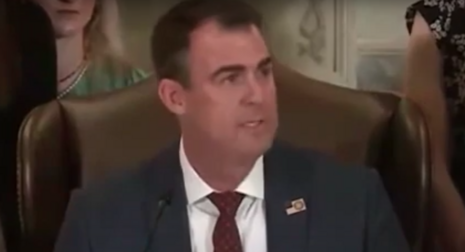 Oklahoma Gov. Kevin Stitt (R) signed a bill into law on Wednesday – appropriately dubbed the “Save Women’s Sports Act” – that will prevent biological males who transition to female from competing in women’s sports. The legislation is effective immediately.

Flanked by several young female athletes including his 14-year-old daughter Piper, Stitt passed the legislation in a matter of what he called “common sense,” something a lot of Americans seem to lack when forming opinions on the transgender ideology.

Naturally, the bill wasn’t met with unanimous praise. Tamya Cox-Touré, the American Civil Liberties Union (ACLU) of Oklahoma Executive Director, roasted the bill as an act of discrimination against transgender children (which of course, it isn’t).

“Transgender people belong everywhere, but with the swipe of a pen and a public display, Governor Stitt has sent a clear message to Oklahoma’s vulnerable transgender youth that they are not welcome or accepted in our State,” Cox-Touré said. “SB2 is just one of many bills we have seen attacking our Two Spirit, transgender, and nonbinary communities this session, while overlooking the real issues with gender equality in sports when it comes to funding, resources, pay equity, and more.”

Research done by the Centers for Disease Control and Prevention (CDC) (which is obviously the most trustworthy medical information source out there – wink) also say that transgender children feel isolated in academic environments, which the information suggests leads to mental health problems. As such, this bill seems like yet another way for a governor to discriminate against transgenders.

However, this is the same inclusion and victim mentality language that proponents of the transgender ideology have used to allow them to ruin women’s sports in the first place. Transgenders just claim they want to be accepted as equal members of society, and when boundaries are set for how they can interact with real men and women, they claim that anyone with a measure of common sense in these matters is somehow a transphobic bigot.

But, that simply isn’t true.

Some Americans still realize that there is something about the transgender ideology that’s harmful and poisonous to the fabric of our society, and there are steps that need to be taken to stem the affects of it. Men who transition to being women still destroy their peers in competition, which prevents real women from actually getting a fair shot at succeeding in their sports. Some people are willing to stand up and fight it (like the NCAA swimming community), while others will sit back and let it ruin our nation.

The future looks bright in Oklahoma for women’s sports. Hopefully it will soon in the rest of America as well.