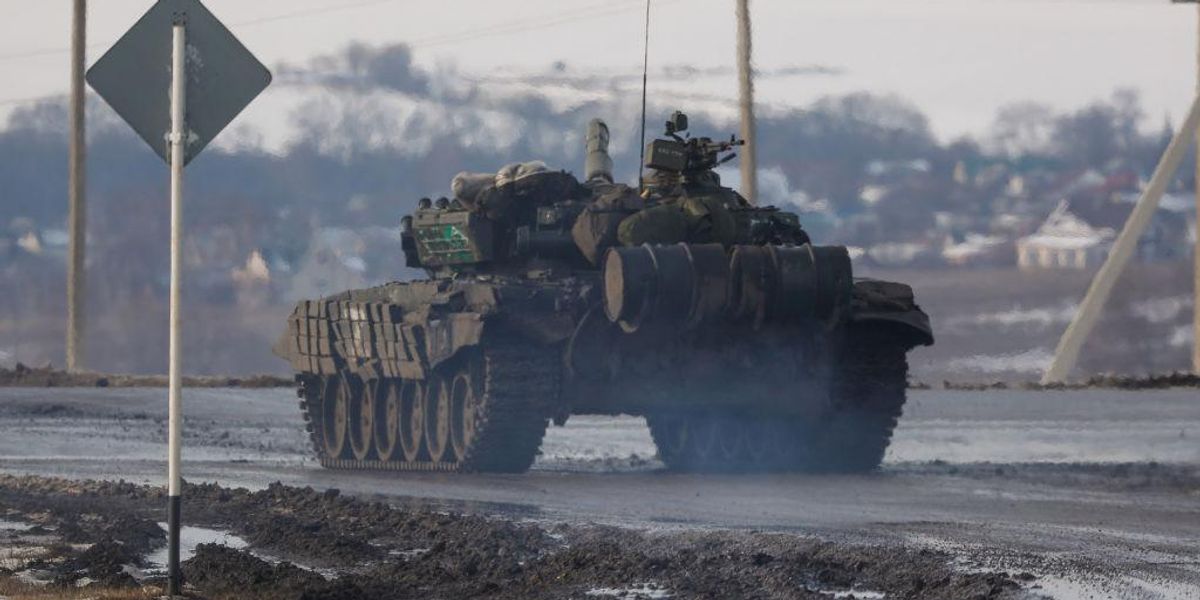 While war rages in Ukraine, the country is offering Russian soldiers money and a promise of amnesty should they lay down their arms and surrender, Ukraine’s defense ministry said Monday.

“We offer Russian soldiers a choice: to die in an unjust war, or full amnesty and 5 million rubles of compensation if they put down their guns and voluntarily surrender to prison,” Ukrainian Defense Minister Oleksii Reznikov said in a message to Facebook and Twitter.

While the value of the Russian Ruble is fluctuating because of severe economic sanctions imposed on Russia by western governments opposed to the war, the offer is worth about $46,000 as of publication time.

According to Defense One, the intention behind the offer is to further delay the Russian advance on Ukraine’s capital of Kyiv, which American officials say has been delayed by logistics failures.

“They ended up having to rely on fuel and sustainment capabilities earlier in the process than what we believe they had planned to do,” a senior Pentagon official told reporters. “So on day four they’re running out of gas, and they’re having logistics problems.”

Ukraine’s defense ministry has claimed that more than 5,300 Russian troops have been killed or captured since Russia launched a full-scale invasion of the country last Thursday. Reports of casualties by either side should be received with skepticism, as both the Ukrainian and Russian governments are actively promoting wartime propaganda to boost morale on their respective sides.

“A lot of them are very young. The Kremlin turns them into criminals, turns them into murderers. Some of them were deceived,” ministry officials said. “Ukraine is a civilized country. All prisoners are safe, they are being helped. They already communicate with loved ones.”

Ukraine’s message to Russian soldiers is this: “You have a chance to start a new life. Make a choice. Leave without a weapon with a white flag. Say a code word: ‘million.’ Live a life. Give your family a hug. For those who will continue to behave like an occupier — there will be no mercy.”

It’s a message that comes after Russian President Vladimir Putin ramped up tensions with the west by putting Russian nuclear forces on high alert Sunday. Putin pointed to “aggressive statements” by NATO members and the harsh sanctions against Moscow as justification for readying Russia’s military to launch nuclear weapons.

“The way he [Putin] characterized it, ‘special combat duty alert’—think he called it something like that—it’s not a term … in what we understand to be Russian doctrine. So that’s why we’re still analyzing it and reviewing it to try to understand what exactly it means,” the senior defense official said.

So far, Russia has not changed the position of its nuclear forces nor have U.S. officials been able to reach their Russian counterparts for clarification on Putin’s intentions.

“There’s no ‘hotline’ established with respect to the crisis in Ukraine,” the official said, in apparent reference to the 1963 line of communication between the White House and the Kremlin to avert nuclear war.

Russia’s forces are currently amassed fewer than 20 miles north of Kyiv, CNN reports. While Ukrainian forces are putting up stiff resistance, aided by the incompetence of the Russian army, it appears to only be a matter of time before the outmanned and outgunned Ukrainians are overwhelmed.

Roughly one fourth of Russia’s gathered troops have yet to enter Ukraine, a senior defense official told reporters Monday, and U.S. intelligence believes a “second wave” of troops is coming, along with increased Russian airstrikes, long-range missiles, and artillery fire.

“They have been slowed and they have been frustrated by their lack of progress on Kyiv, and one of the things that could result is a reevaluation of their tactics and the potential for them to be more aggressive and more overt in both the size and the scale of their targeting of Kyiv,” the official said.