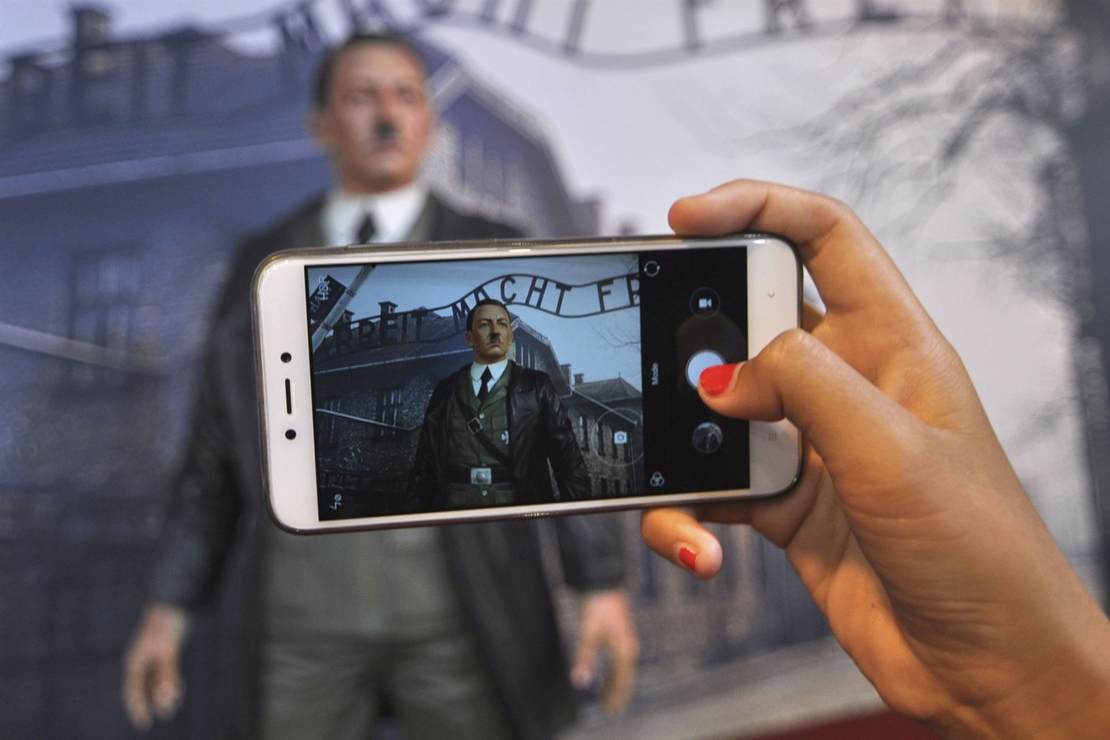 In case you were wondering what it would take for the police officers of Western nations around the world to turn on and physically attack their peacefully protesting neighbors, the answer is one bowl of Wuhan bat soup.

COVID-19 has brought out the fascism in places I didn’t expect to see it, like Australia. Below is a video of a policeman violently choking a young girl, allegedly for not wearing a mask. Is it just me or does this cop seem to be enjoying his vulgar, Taliban-like display of power over the young lady?

Police in #Melbourne #Australia literally #choking a girl by her throat, shoving her up against the wall and then wrestling her to the ground to be handcuffed and taken away. What was her crime? Not wearing a #mask. If you want to know what #fascism looks like this is it! 😢 😡 pic.twitter.com/VGKWadWBMr

FACT-O-RAMA! As per the EPA, that choke-happy officer’s mask is only 38.5% effective against the Wuhan Whammy Flu.

Here is a video showing police officers pepper-spraying an elderly woman, knocking her down, and blasting her freedom-loving face again for good measure. Notice that the cop doing the blasting has pulled his mask down. Like the cop in the previous video, this deviant also seems to enjoy hurting women “for their health.”

Here, a handful of Australia’s “finest” allegedly pepper spray and arrest a 12-year-old for not wearing a mask.

Australian police appear to arrest a young girl and allegedly “pepper-spray” her after she was caught “shopping without a mask.” pic.twitter.com/N3OUph7LkQ

Keep in mind the Australians view COVID the way elderly people look at banana peels on a dance floor: they are terrified. So much so that some rural politicians decided they’d rather shoot some stray dogs than risk city slickers from the animal rescue coming out and bringing all their big-town COVID germs with them. All over a virus that 99.8% of Australians will survive.

Australia has been throwing people, against their will, into COVID camps for months. Testing negative for the Hong Kong Fluey means nothing, as many of the people sent COVID camping don’t even have the virus. They were just unfortunate enough to be near someone who has tested positive. This includes three teens, 15, 16, and 17 years old, who escaped a camp and were arrested.

So we see that the supposedly free nation of Australia has been practicing its dead-on impersonation of North Korea. Australia is far away. Not our problem, right?

Serial black-face minstrel and champion siztpinkler Princess Trudeau brought fascism to North America. We know he confiscated trucks and even bank accounts of people who dared stand up for their rights. One of the protest organizers was arrested and denied bail. And as we saw in Australia, Canadian cops were only too happy to bash in their neighbors’ faces when the Queen of Mean told them to do so.

We would be idiots to think that fascism and state-sponsored violence can’t come here. However, the difference between the Australians and Canadians, and we Americans, would be the 2nd Amendment.

This is from the Center for Disease Control’s (CDC) website. Psssst, “shielding” means “camp”:

What is the Shielding Approach?

The shielding approach aims to reduce the number of severe COVID-19 cases by limiting contact between individuals at higher risk of developing severe disease (“high-risk”) and the general population (“low-risk”). High-risk individuals would be temporarily relocated to safe or “green zones” established at the household, neighborhood, camp/sector or community level depending on the context and setting. They would have minimal contact with family members and other low-risk residents.

Current evidence indicates that older adults and people of any age who have serious underlying medical conditions are at higher risk for severe illness from COVID-19. In most humanitarian settings, older population groups make up a small percentage of the total population. For this reason, the shielding approach suggests physically separating high-risk individuals from the general population to prioritize the use of the limited available resources and avoid implementing long-term containment measures among the general population.

So, here is the uncomfy question of the week: How much violence and fascism are Americans willing to take before someone snaps and starts shooting?

Now is probably a good time to say the following, I AM NOT SUGGESTING OR CONDONING VIOLENCE AGAINST COPS, FEDS, OR THE KID DOWN THE STREET WITHOUT A MUFFLER ON HIS HONDA ACCORD.

I’ve been to many Back the Blue rallies. I’ve taunted the dainty ladies of Antifa as they showered cops with garbage. I perform every year in Lake George, N.Y., at a law enforcement officers’ weekend getaway for families of fallen cops. I have friends and family who are current and retired cops. I’m on the side of the police.

RELATED: This Is Why We Have the Second Amendment

With that said, are American parents going to stand by as their 15-year-old son is forcefully taken away by Biden’s CDC Gestapo and sent to a camp because his lunch buddy tested positive for COVID? Will parents watch their 12-year-old daughter get choked and pepper-sprayed by a sadist who shouldn’t have a badge?

Biden fired people for not getting a “vaccine” that we know doesn’t keep us from catching and/or spreading a stupid virus that 98.8% of Americans will survive. The message is clear: “Do as I say or you cant feed your kids.” President Pee-pants has locked up non-violent January 6 protestors with no due process. A Capitol cop shot an unarmed, 135-lb. woman, Ashli Babbitt, to death and was made a hero. Capitol officer Lila Morris is seen on video repeatedly beating an unconscious Roseanne Boylan. Boyland was declared dead shortly thereafter. Morris’s actions were deemed “objectively reasonable.”

Again, I am not suggesting we go all “O.K. Corra,l” but we need to remind ourselves that we Americans are not nearly as nice—or unarmed—as our northern neighbors. We’ve been known to shoot up a Denny’s after getting laid off from a crappy job. Honestly, I’m surprised no one has gone all “I don’t like Mondays” and blazed up a Dairy Queen after Biden sent so many people to the unemployment line. Especially a “hero to zero” first responder. One day they were gods and several months later many were fired.

THOUGHTS-O-RAMA! Am I the only person who thinks it’s insane that heroic first responders and medical staff were canned for not getting the “vaccine,” while welfare recipients were never forced to get the shots?

So, the question is, how far can people be pushed before they start a “festival of lead” at their local Walmart, or worse, in the direction of people who have harmed them? But before we get to THAT question, there is an even more important question, one that would render the first question null and void: Will our police crack down and crack heads when WE start massive protests? Or will they join the patriots who were backing the blue as Antifa and BLM were trying to kill them? If the cops refuse to bash a peacefully protesting MAGA crowd, cooler heads would likely prevail. Together, tyranny can be stamped out.

History has shown us that many people will simply accept fascism, even as they walk with their kids into a gas chamber.

I sincerely hope our friends and family members in law enforcement don’t use their weapons, fists, and shields on patriots peacefully protesting for everyone’s freedoms.

That said, I’ve been to Auschwitz, and ole KDJ here is not going to any kind of camp.