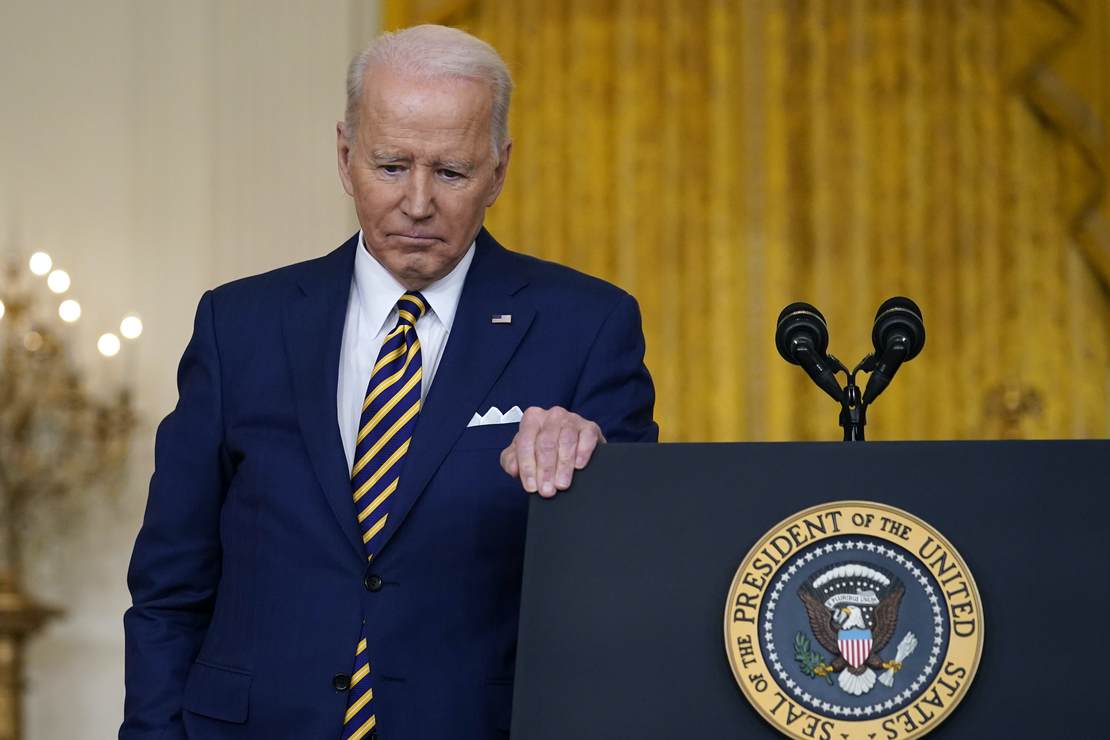 President Joe Biden is slated to give his first State of the Union address Tuesday evening, and Americans are already bracing themselves and wondering what to expect.

The White House is dealing with numerous crises both domestically and globally, with the world currently fixated on Russia’s attempted invasion of Ukraine. Although Russian President Vladimir Putin is likely too busy creating unnecessary global strife to watch Biden speak, one can expect that he will be informed of any notable policy changes or remarks made by the president and will respond to them critically.

Unfortunately, our gaffe-prone leader could embarrass the United States once again during this tumultuous global interval, but this time the consequences could be much stronger than just a funny soundbite that trends on Twitter.

Remember Biden’s “minor incursion” comment about Russia that he made last month during a press conference? Let’s hope nothing even close to that dangerous blunder happens Tuesday, and that he sticks to his teleprompter.

On the domestic policy front, his administration has been marked by inflation, a border crisis, and his failing Build Back Better … er … Broke agenda. So Biden will likely tout his $1 trillion infrastructure bill that received narrow bipartisan support.

In addition, his nomination of D.C. Court of Appeals Circuit Judge Ketanji Brown Jackson to the Supreme Court will doubtless garner applause from Biden’s Democratic allies in Congress. Jackson’s potential replacement of Judge Stephen Breyer will not change the political balance of the court, but who cares? The midterms are coming up, and the Democrats need to cling to every pseudo-accomplishment they can get. They are desperate to retain both chambers of Congress in November, which currently seems like an uphill battle.

Then there’s the pandemic, which has seen a significant downward trend in recent weeks following the omicron variant surge. The Centers for Disease Control revised their guidance last week to suggest that healthy people can now go maskless indoors in areas with low and medium transmission, which is roughly 70% of the country, according to CBS News.

California and New York are finally lifting their deeply flawed mask mandates for schools, and New York City is going to be scrapping its vaccine mandate for businesses and restaurants in the coming days as well, NBC News reported.

Most notably, attendees at the State of the Union will have the option of whether or not to wear a mask.

As Fox News meteorologist Janice Dean intuitively noted on Twitter on Sunday, Biden will likely declare a victory over coronavirus during his speech.

Biden will announce covid is over on Tuesday night.

The president will probably claim that economic recovery has been fantastic — without mentioning the liberal-backed government lockdowns that sent the free market into turmoil in the first place. He’ll pretend that the United States is roaring back to excellence when the reality is that many Americans have either become mental prisoners to the pandemic narrative or haven’t paid attention to the situation in months. His remarks will be tone-deaf, regardless of what angle he decides to take.

Once that teleprompter starts rolling, it’s off to the races for Joe. One can rest assured that he’ll find ways to distort what is truly happening under his administration.