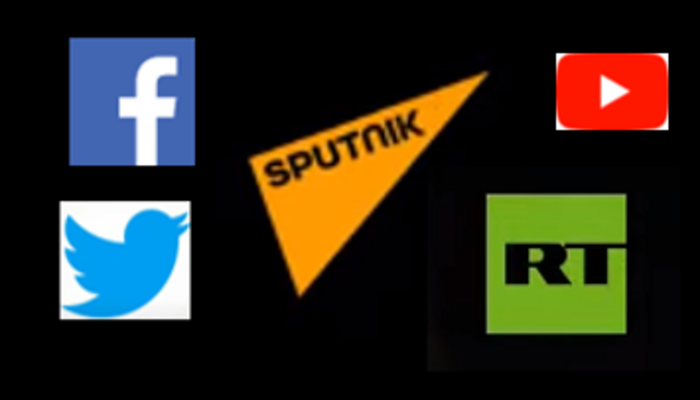 That means that Russia state-affiliated accounts are able to influence 38,653,027 followers around the globe while the nation is invading Ukraine. These are the same platforms that banned former U.S. President Donald Trump in January, 2021. 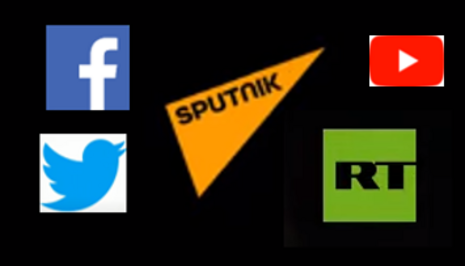 Russian President Vladimir Putin is a great example. He has 4.9 million followers combined on his two verified Twitter accounts and 46,100 subscribers on his Kremlin verified YouTube channel, even as he oversees the invasion of Ukraine. Russia state-affiliated media outlet RT has even higher numbers, with 3 million followers on its verified Twitter account and over 7 million followers on its verified Facebook account. RT is also the “most watched news network on YouTube” with “more than 10 billion video views on all platforms last year” according to RT’s verified YouTube channel. YouTube did temporarily demonetize Russian state-affiliated channels and restricted them in Ukraine, Forbes wrote. But Facebook, YouTube and Twitter banned then-President Donald Trump in 2021 for supposedly encouraging violence.

Big Tech has been under increasing pressure to take action against Russia online. A Russian regulator will reportedly “partially restrict access” to Facebook. The social media site restricted accounts linked to the Kremlin, which Russia dubs censorship, Forbes reported. Sci-Tech Editor for Defense One Patrick Tucker said Facebook in Russia was “now down” on Feb. 25, 2022. Facebook has labeled several accounts as “Russia state-controlled” since Friday. Facebook has also reportedly restricted access to some Russian state-controlled media in Ukraine. The social media accounts whose follower tallies were included in this article are still up, many with very recent posts (including Putin’s Twitter and Sputnik’s Facebook), as of this article’s publication.

One of last week’s articles from Sputnik, which has about 1.8 million Twitter and Facebook followers, claimed, “Russian President Vladimir Putin announced the beginning of a special military operation on Thursday in order to defend the people of Donbass as well as ‘demilitarise and denazify’ Ukraine.” Sputnik posted a still-uncensored article on Facebook in January denying that Russia had plans to “attack any country.” An RT piece also seemingly supported Putin’s claim that he is trying to “denazify” Ukraine. The Twitter account for Russia’s Ministry of Defence (@mod_russia) has a firing tank as its banner photo.

Twitter and Facebook have consistently allowed extremist officials and entities as well as government-affiliated accounts to post what appears to be violative content, even as the platforms continue to censor free speech. Genocidal communist Chinese state-linked accounts on Facebook had over 751 million followers in June 2021. A still-uncensored tweet from Chinese state media site Global Times threatened in October to make Taiwan and Australia “cannon fodder,” for example.

Stars Janelle Monae and Taraji Henson hit out at Supreme Court during BET awards
Actor Jon Voight Calls For Joe Biden To Be Impeached: ‘We Cannot Wait’ (VIDEO)
In Allowing Coach to Pray, Supreme Court Says First Amendment Doesn’t Contradict Itself
US Overtakes Russia As Europe’s Biggest Gas Supplier |
Liberal author says white women in America are bad at community activism ‘and everyone knows it but them’ in a viral social media thread